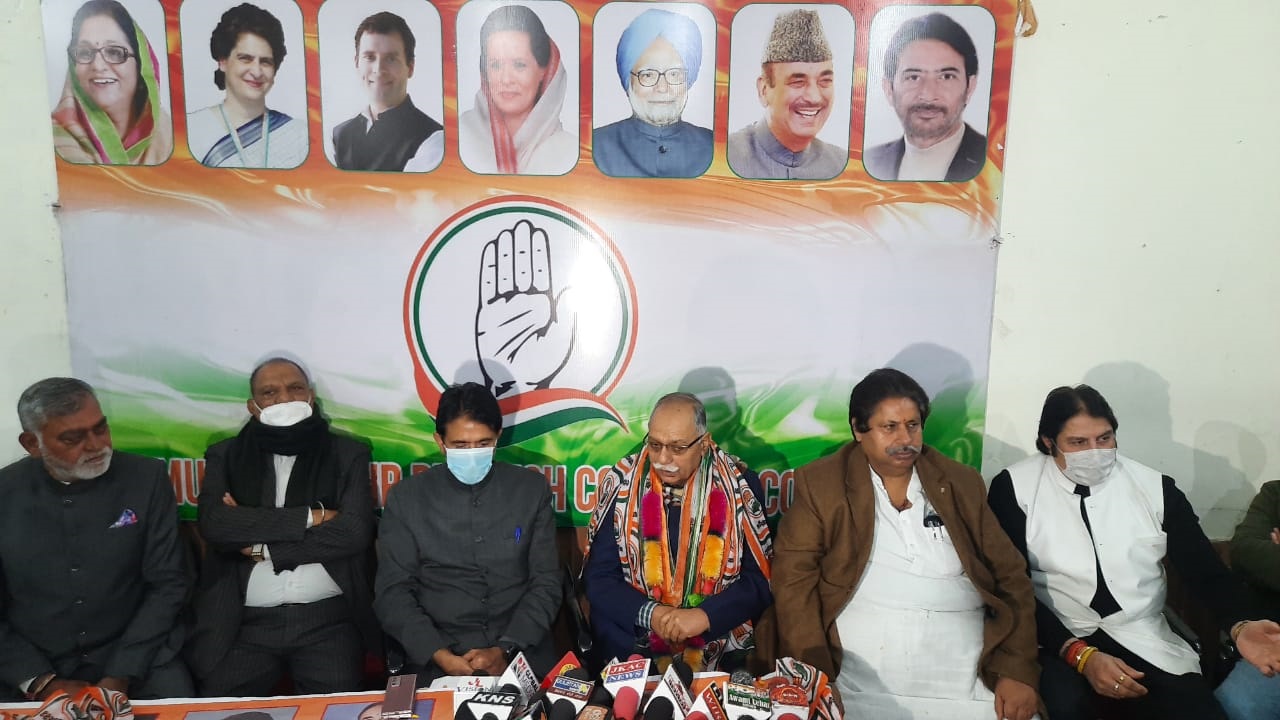 Bhagat, who resigned from the BJP in November 2020 before briefly joining the National Panthers Party, was welcomed into the Congress fold by Jammu and Kashmir Pradesh Congress Committee president G A Mir working president Raman Bhalla and other senior party leaders at the party headquarters here.

Bhagat, who won from Chenani in Udhampur district in the last Assembly elections on the BJP ticket, is a secular thinking leader and a well-known personality who has always served the people. His joining the Congress is a big boost for the party, Mir told reporters.

Bhagat said he had resigned from the BJP on his own after he felt suffocated in the party as there is a lot of difference between words and deeds .

The BJP is not a party of the poor and they are being sidelined. Whenever I raised an issue concerning the poor, I only got negative responses, he alleged.

Lavishing praises on the Congress, he said the party ruled the nation for over 60 years and took it to newer heights .

The present leadership, including party leaders Sonia Gandhi, Rahul Gandhi and Priyanka Gandhi Vadra, are doing a great service to the nation. They want the people to stand united, like a bouquet, as this is the secret to keeping our nation strong, he said.