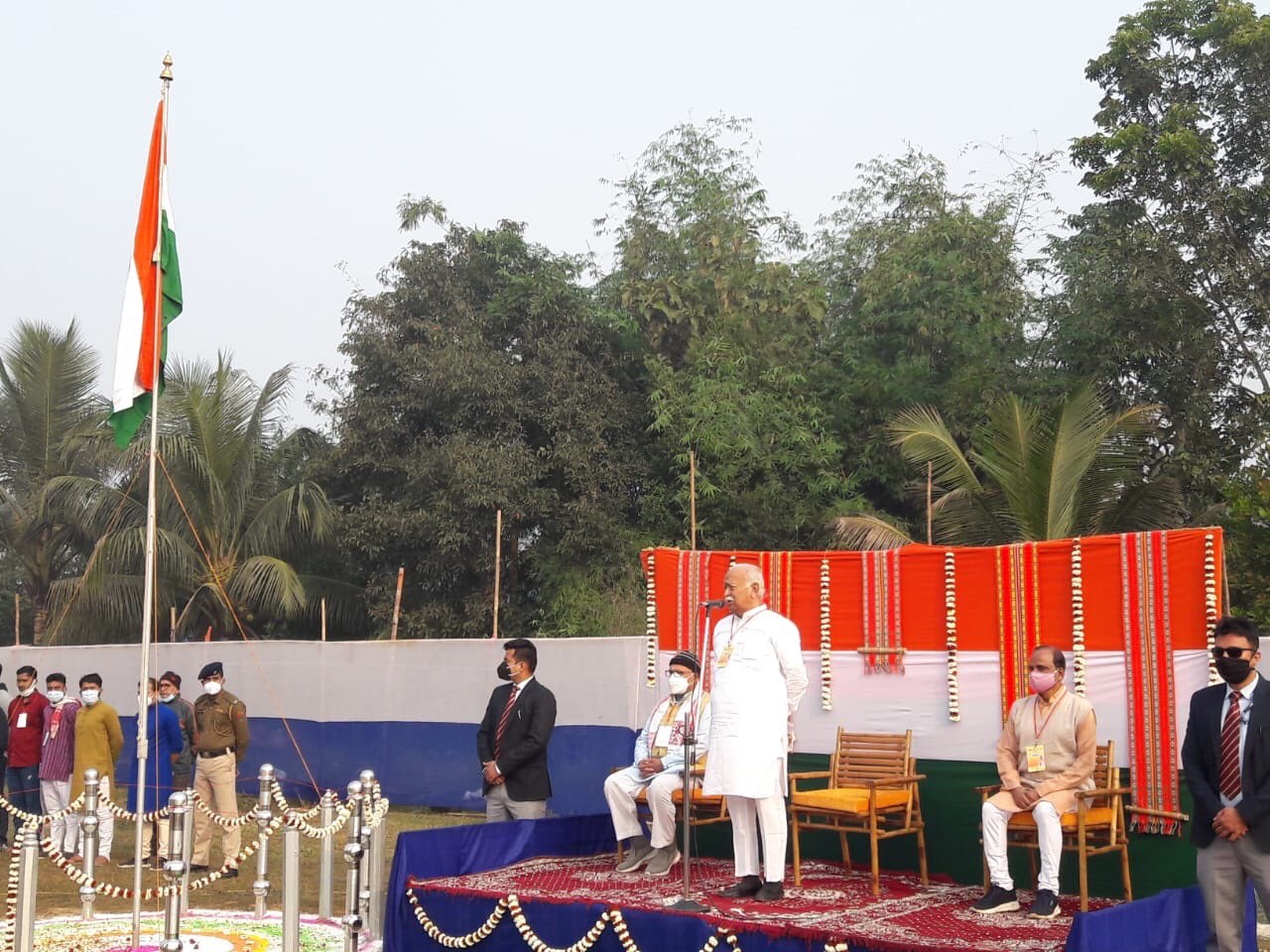 NEW DELHI:RSS chief Mohan Bhagwat on Wednesday hoisted the Tricolour here and said India, a peace-loving country, has been spreading the message of brotherhood, harmony across the globe.

Bhagwat, who is in Tripura on four-day visit from Jan 24, also said that the saffron colour at the top of India’s national flag depicts courage, sacrifice and zeal, qualities that could be seen in the life and philosophy of the country’s ancient kings as well as freedom fighters.

He described the green colour of the flag as the “symbol of progress”.

“As Bharat has been a spiritual country since the ancient times, the Dharmachakra in the middle of the flag depicts the importance of socio-cultural philosophy followed and practised by the people of India.

“India is a peace loving country. It spreads the message of brotherhood and harmony to the rest of the world. India worships nature,” he said at Sewa Dham, Khayerpur here.

The Rashtriya Swayamsevak Sangh (RSS) chief, addressing the volunteers of the right-wing organisation, also said that democracy in its true sense was depicted in the life and philosophy of India’s ancient states.