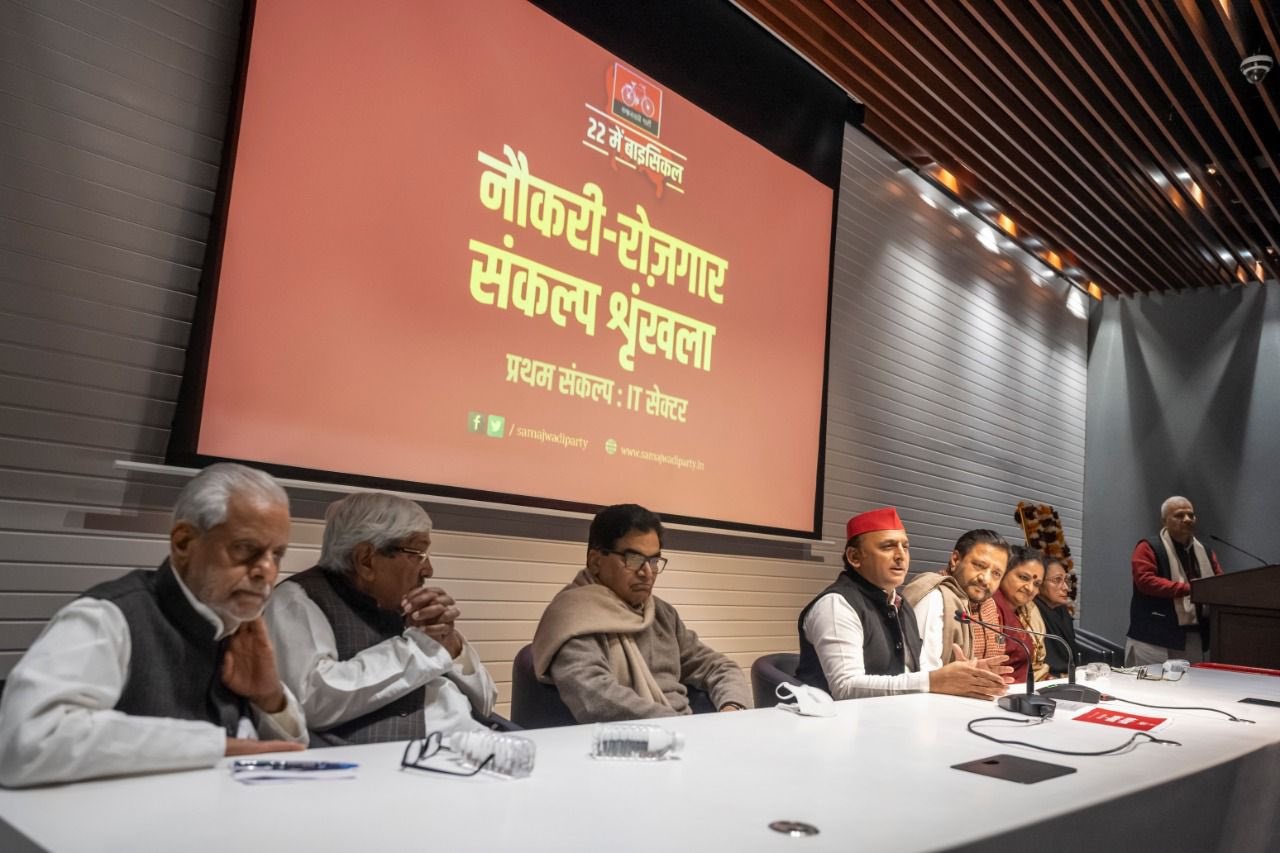 “Opinion Polls in reality are Opium polls. We need to be careful of them, Yadav said in his address at the party office here on the occasion of Republic Day.

“BJP leaders want to take the election in a different direction with their statements. All kinds of misconceptions are being spread on WhatsApp,” he said.

The SP had earlier written to the Election Commission demanding ban on opinion polls on news channels, terming them a violation of election code of conduct.

Yadav said people with “negative mindset” and those “dividing the society” want to take the country backwards.

“The country got its freedom through a long struggle and sacrifice of thousands of youths. A pledge must be taken to save this freedom, democracy, and the Constitution,” he said.

Yadav alleged that the BJP government “insulted” the farmers during the farm bill strife and exhorted people to come together against it.

“Farmers’ sons are protecting the border. But farmers are being harassed in the country and subjected to use of force. What was done to crush the farmers’ protest we all know. Everyone must consider this assembly election as their own. It will be decisive.”

Yadav also claimed that people’s problems will go away after March 10 when SP will have come to the power.