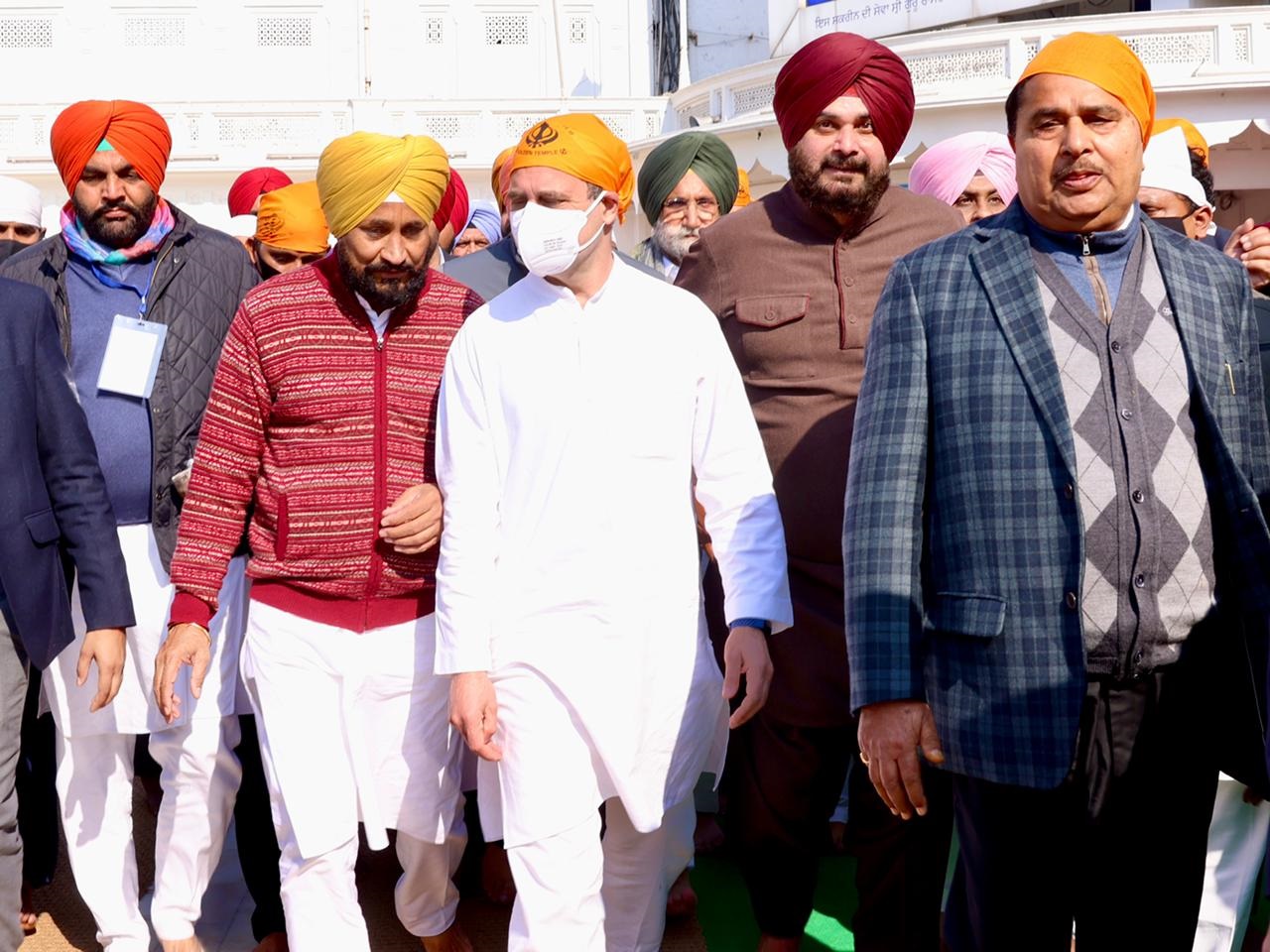 NEW DELHI: The Congress on Thursday said its leader Rahul Gandhi’s stand that democracy and social media platforms cannot be suppressed or subjugated by the ruling government and allowed to become a space for mere abuse and trolls stands vindicated.

This came out after Twitter said it is committed to India and healthy debate on its platform.

Gandhi had written to Twitter, accusing it of “unwitting complicity” in curbing free and fair speech in India and expressed serious concern over “suppressing” his Twitter account followers.

Congress chief spokesperson Randeep Surjewala said Rahul Gandhi’s stand has been that social media platforms cannot be suppressed, subjugated and denigrated to trolls’ space and there should instead be a healthy debate and discussion on them.

“The plurality, the multi-culturalism, the open debate, the critique of policies and programmes of the government and that the social media patforms should be healthy forum for debates and discussions has been the stand of Rahul Gandhi, which now stands vindicated,” Surjewala told PTI.

In his letter to Twitter CEO Parag Aggarwal, Gandhi had said, “I am writing to you on behalf of more than a billion Indians to not allow Twitter to become a pawn in the destruction of the idea of India”.

“I want to bring your attention to what I believe is Twitter’s unwitting complicity in curbing free and fair speech in India,” Gandhi also said in his December 27 letter to Twitter.

Responding to him, Twitter’s vice president, Global Public Policy and Philanthropy, Sinead McSweeney has said, “Twitter is deeply committed to India” and will ensure that public conversation is healthy, which includes diverse voices, diverse points of view, allowing people to be better informed and to participate safely and comfortably.

Twitter also pointed out that it does not arbitrarily censor political content and elevating political debate and open discourse is fundamental to its service and core values.

“We understand increased transparency is at the foundation to promote healthy public conversation on Twitter and to earn trust. We know it is critical that people understand our processes and that we are transparent about what happens as a result.

“We assure you that Twitter, Inc. treats its role as a platform service provider with utmost seriousness and we are deeply committed to India,” McSweeney said.

Gandhi had pointed out that the ideological battle between liberal democracy and authoritarianism across the world is being shaped on social media platforms and this places a huge responsibility on those that are at the helm of companies such as Twitter.

As a leader of India’s largest opposition party, Gandhi said it is his duty to raise my voice on behalf of our people against injustice.

“As you may be aware, there is an ongoing assault on India’s institutional framework and a complete capture of traditional mainstream media,” he alleged, adding that social media platforms like Twitter have become important channels to raise people’s issues and hold the government to account.

“In this background, it is perplexing that the growth in my Twitter followers has suddenly been suppressed,” he alleged, adding that his Twitter followers which were increasing by an average of 10,000 every day have become stagnant and have fallen to nearly zero.

Gandhi’s Twitter following has started rising since this week and is growing by around 10,000 per day, sources close to him said.

Gandhi’s followers crossed 19.6 million on Thursday morning, after being stagnant at 19.5 million for many months.

The former Congress chief also pointed out that Twitter India is under “immense pressure from the government to silence my voice” and pointed out that his account has even been blocked after being “singularly targeted”.

On Gandhi’s follower count, Twitter said the numbers are “meaningful and accurate” as it keeps fighting spam and malicious automation strategically with machine learning tools.

“Twitter also removes millions of accounts each week for violating our policies on platform manipulation and spam. While some notice a minor difference, in certain cases the number could be higher. We understand this change can be concerning, but we believe accuracy and transparency make Twitter a more trusted service for public conversation.

“We’re continuing our work to proactively identify and challenge problematic accounts globally that distort and detract from the public conversation on Twitter,” the company said.

McSweeney said it focusses on developing machine learning tools that identify and take action on networks of spammy or automated accounts automatically.

To that end, follower counts may also for this reason, continue to change more regularly. It does not mean that these account holders did anything wrong, it said.