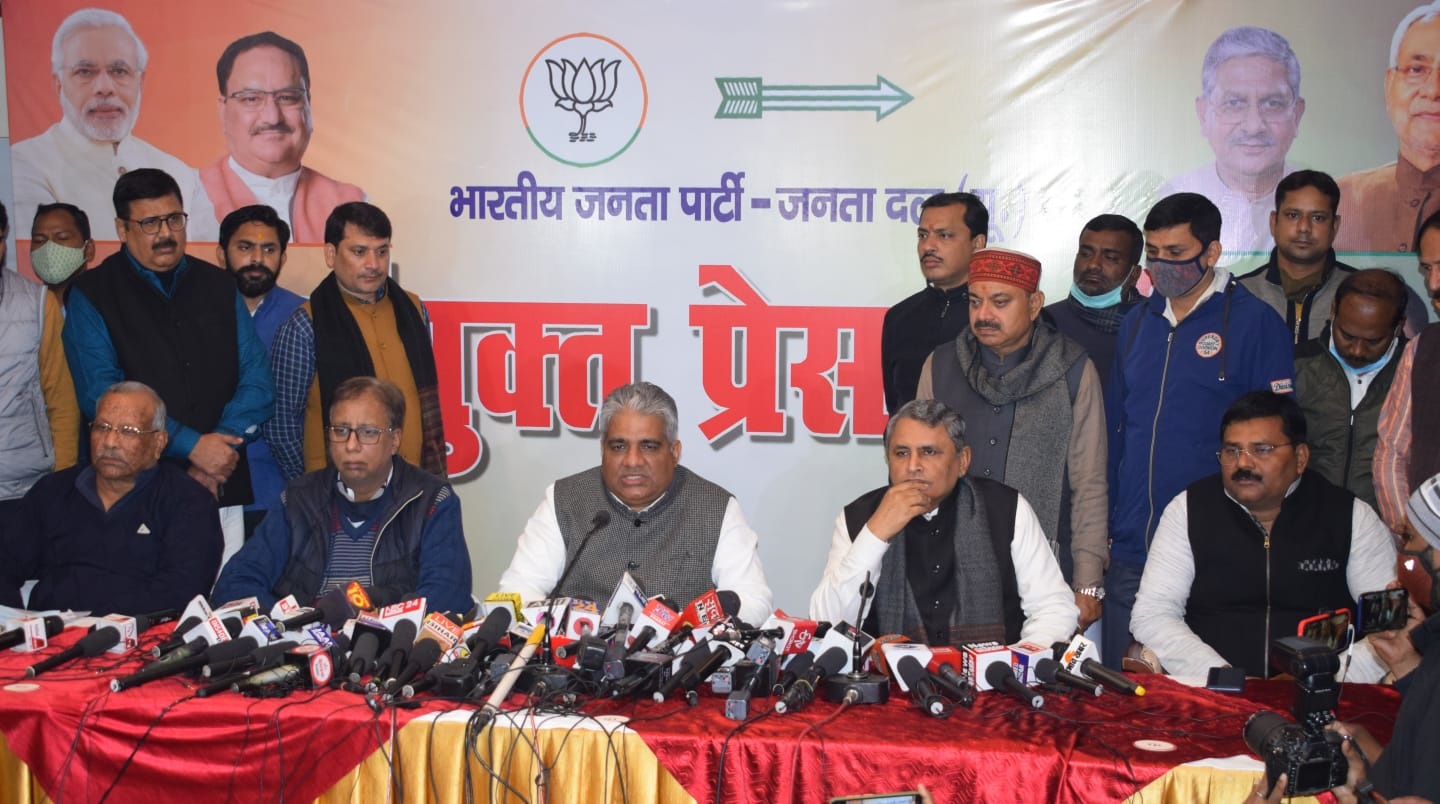 PATNA: Ahead of the MLC elections to 24 seats in Bihar, the ruling alliance of Janata Dal (United) and Bharatiya Janata Party on Saturday agreed on a seat-sharing formula.

Accordingly, the BJP will contest 12 seats, while the JD-U will field candidates in 11 seats. The remaining one seat will be contested by the Rashtriya Lok Janshakti Party (RLJP) led by Pasupati Kumar Paras.

Interestingly, both the parties did not allocate any seat to alliance partners Hindustani Awam Morcha (HAM) and Vikassheel Insaan Party (VIP).

“After a meeting with Chief Minister Nitish Kumar, we have decided that BJP will contest 12 seats while JD(U) will contest 11 seats. One seat has been given to RLJP,” said Yadav, BJP leader and Union Minister.

At present, BJP has 13 MLCs and the party wants to contest similar number of seats. The JD(U) has only 8 seats but its leaders demanded a 50:50 ratio for this election.

Sources said that one seat is being considered by the RLJP to elect Bahubali leader Surajbhan Singh.

The MLC elections for 24 seats will be interesting this time, with VIP already declaring to contest all the 24 seats if it is denied by the BJP-JD(U) alliance.