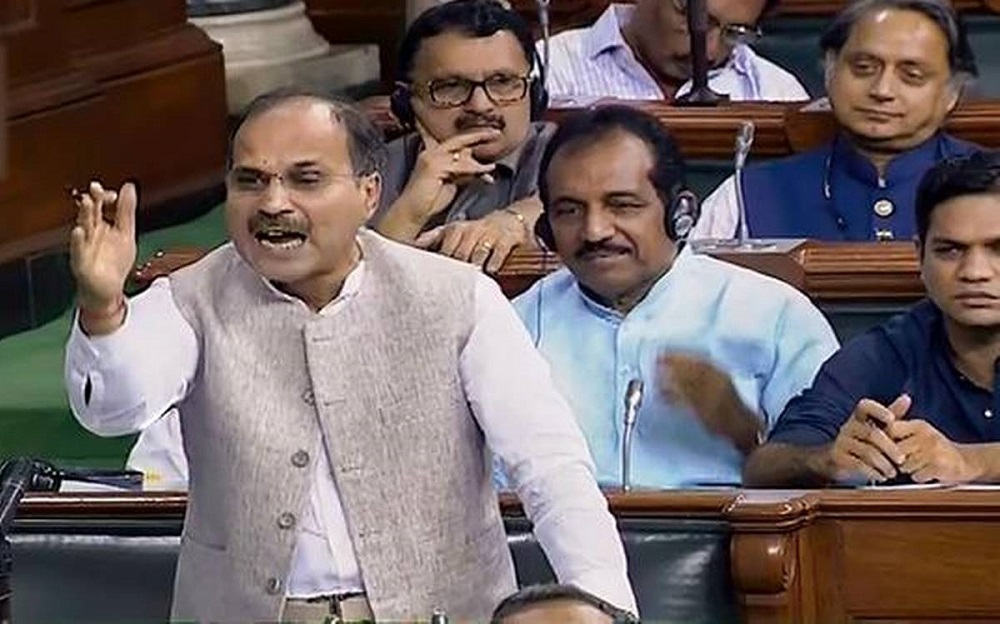 NEW DELHI: Congress leader Adhir Ranjan Chowdhury on Friday accused the government of trying to erase the memory of former prime minister Indira Gandhi by merging the flame at Amar Jawan Jyoti with that of National War Memorial even as he questioned the performance of the ruling dispensation on various fronts.

Participating in the debate on Motion of Thanks on the President’s Address, the leader of the Congress party in Lok Sabha said while the government has decided to celebrate dates associated with religious icons and personalities, it would be better to imbibe their teachings.

Prime Minister Narendra Modi was present in the House when Chowdhury was speaking.

Alleging that “bogus depiction” of history was confusing the people, he said all Muslims should not be equated with Aurangzeb and all Hindus with Jaichand.

Quoting Swami Vivekanand and Birsa Munda, the member from West Bengal said we have to take everyone along. Communal harmony leads to peaceful existence, he said.

Referring to the proposed statue of Subhash Chandra Bose at India Gate, he said, according to the leader’s daughter Anita Bose Pfaff, real tribute to the freedom fighter would be to live by his ideas.

He claimed the government had earlier said that the flames at Amar Jawan Jyoti under the India Gate canopy and the one at National War Memorial would burn simultaneously.

He wondered why the two flames were merged and claimed that efforts were on to erase the memory of Gandhi. Something which is etched in the hearts cannot be erased, he said, adding that her sacrifice would not be forgotten.

He claimed that Gandhi was the one who “weakened” Pakistan.

The Amar Jawan Jyoti was built after the 1971 war against Pakistan which led to the formation of Bangladesh.

In the course of his speech, Chowdhury claimed that Modi has spoken for lesser time in the House than his predecessors, including Atal Bihari Vajpayee and Manmohan Singh.

Referring to China, he accused the government of not informing the House about the alleged Indian territory taken over by China and cited reports, including the one purportedly by Pentagon, to drive home his point.

He claimed that an Indian youth from Arunachal Pradesh was kidnapped by the People’s Liberation Army from inside Indian territory.

Law Minister Kiren Rijiju countered him, saying the boy was hunting in an area which is not demarcated and the PLA had not entered the Indian side.

He said the Indian Army has also clarified on the issue.

On Chowdhury’s claims of China occupying Indian territory, Rijiju, who is from Arunachal Pradesh, said the Congress leader trusts foreign sources and not the Indian Army.

The Arunachal teen was handed over to the Indian Army by PLA a few days back.

The minister said since Parliament is an important platform, comments on such sensitive subjects should not be made without checking from defence sources.

Chowdhury also accused the government of “breaking” institutions for its personal gains and said taxpayers’ money was used to buy the Pegasus spyware for surveillance.