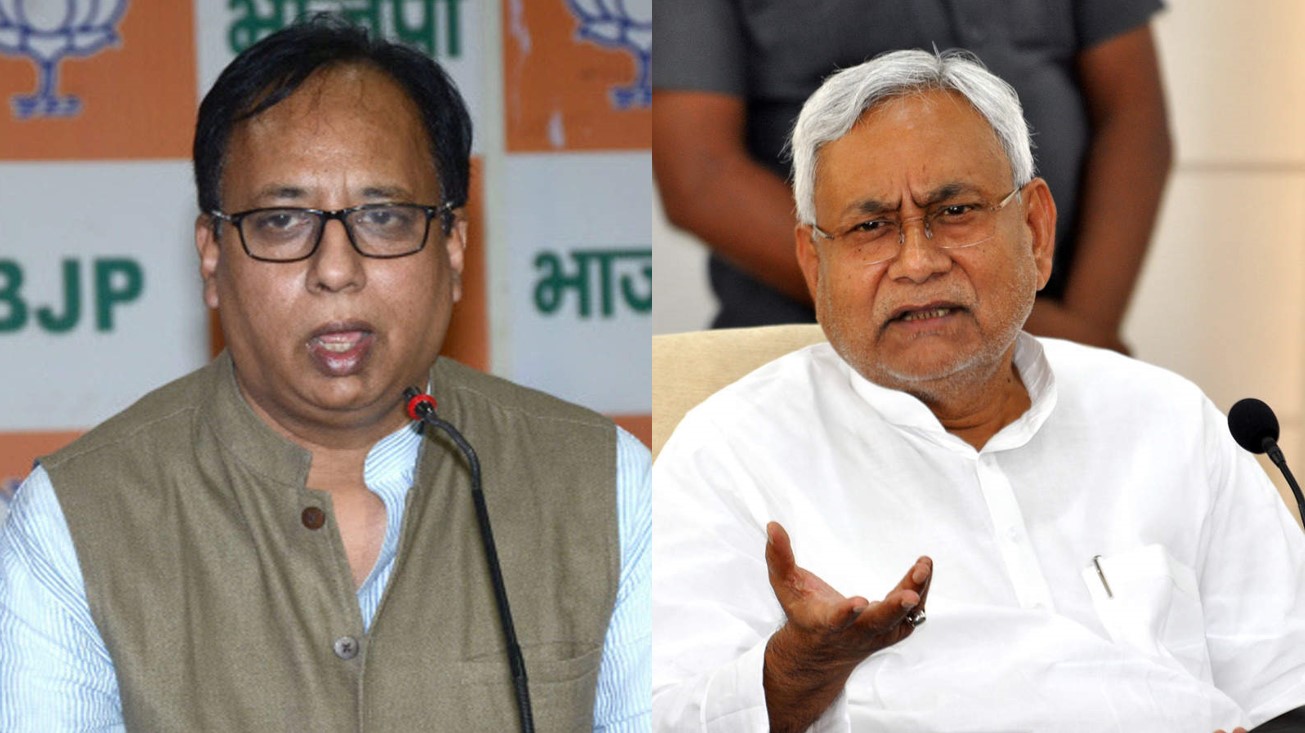 Jaiswal, who is also the Lok Sabha member from Pashchim Champaran, came out with a lengthy Facebook post asserting that Bihar was already getting more central help than states like Maharashtra and West Bengal, which were almost of the same demographic size.

He pointed out deficiencies of the state like sub-optimal resource utilisation, hostile attitude towards entrepreneurship and reluctance to pursue an aggressive policy of population control.

Although Jaiswal took no name in his post, he left little doubt about the target of his attack.

The JD(U) MPs had sought to know whether the Narendra Modi government would consider “special category status”, on the lines of Jammu and Kashmir, Uttarakhand, Himachal Pradesh and states of the North East, for Bihar and other states identified as economically and industrially backward by NITI Aayog recently.

The demand for special status has been a political plank of sorts for Nitish Kumar ever since he came to power in 2005.

His contention has been that Bihar was adversely hit by the creation of Jharkhand whereby the parent state, ravaged by droughts and floods, stood deprived of mineral reserves and industrial units.

A resolution in support of the demand was passed unanimously by the assembly in 2006 though parties have been aligning their stance to the equation shared with governments at the Centre.

The screenshot shared by Jaiswal also contained the categorical reply of Union minister Rao Inderjit Singh who said there was no plan to grant special status to Bihar or any other state and also explained the reasons for the same.

The state BJP chief, whose running feud with the JD(U) on issues ranging from prohibition in Bihar to alleged denigration of Emperor Asoka keep making headlines, decided to twist the knife.

Pulling no punches, he praised the efforts being made by industries minister Shahnawaz Hussain, his party colleague, but underscored the need for “cooperation of the entire council of ministers”.

Lauding the success of PPP model in Gujarat, which Prime Minister Narendra Modi had ruled as CM for over a decade, the BJP leader said, “Bihar gets done in because of a mindset that treats as a villain anybody who wishes to set up a new business.”

Jaiswal also called out the state government for its failure to fully utilise money received as part of a special package announced by the prime minister and cited the example of a proposed airport in his own Lok Sabha constituency, a project that has been hanging fire because of non-availability of land.

He also made a veiled attack on the chief minister’s approach towards population control, saying “if we keep thinking that things will come under control with the spread of education, it will be too late before the population stabilises”.

In a veiled dig at the CM, Jaiswal also remarked that “public funds must not be splurged on hotels and bus stops. These can be built better under PPP model. Government money should be used for welfare of the poor, not to keep its departments happy”.

Partners in power for over a decade, the JD(U) and the BJP have held divergent views on many issues.

The differences have become more pronounced with the BJP acquiring near-hegemonic status nationally and, since last assembly polls in 2020, seizing the upper hand in the state.