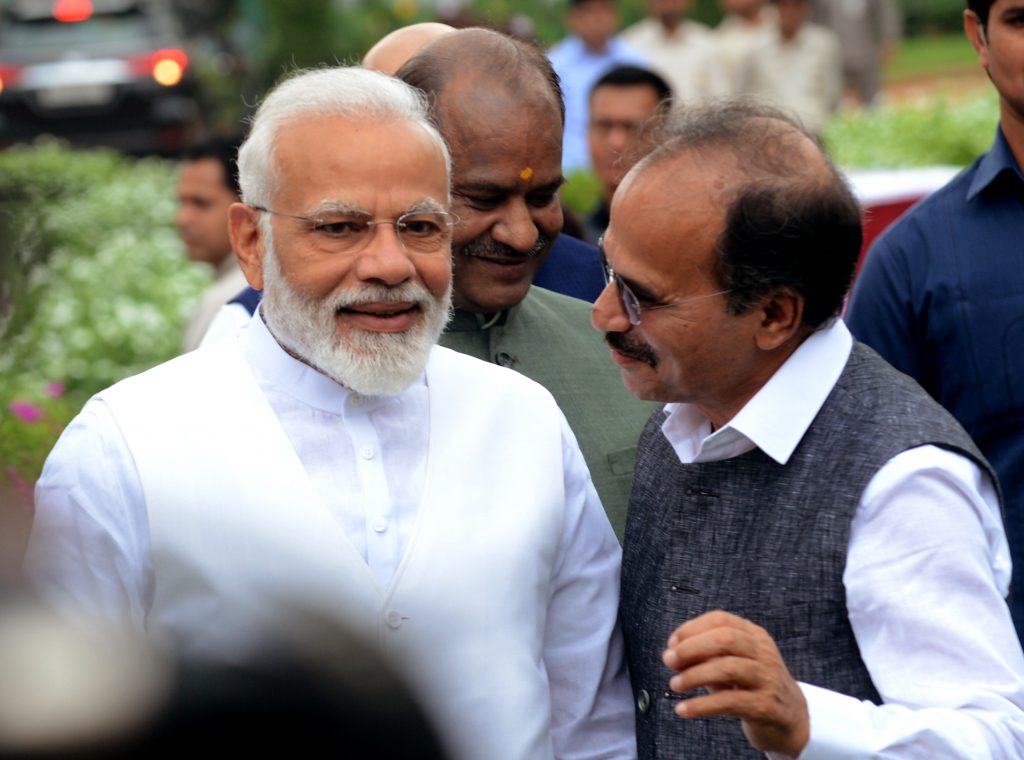 NEW DELHI: Prime Minister Narendra Modi’s 100-minute reply in the Lok Sabha to the debate on Motion of Thanks on President’s Address was peppered with digs at opposition leaders Adhir Ranjan Chowdhury and Saugata Roy.

Modi did not name Congress leader Rahul Gandhi but a large part of the speech was devoted to hitting out at the Congress scion for “blind opposition” to his government’s initiatives such as ‘Make in India’, ‘Fit India’ and the nation’s response to COVID-19.

“The manner in which you speak, the way you raise issues, you appear to have resolved not to return to power for 100 years. If you have decided for 100 years, then I have also prepared (for it),” Modi said.

The prime minister said he was amazed at the manner in which the Congress criticised the government on its response to the pandemic.

As Chowdhury, the Congress leader in the Lok Sabha, tried to interrupt Modi repeatedly, the prime minister urged him to return to his seat.

“You have improved your confidential report. Those who have to register your performance have taken note of it. Nobody will dare remove you from your post during this session. I can guarantee this to you,” Modi said.

The prime minister also took a dig at Roy, the Trinamool member from Dum Dum in West Bengal, when Speaker Om Birla asked him not to speak out of turn.

“We should make this exception for dada. Even at this age he tries to enjoy like a child,” Modi said referring to the 74-year-old Roy.

The prime minister also agreed to yield to Roy and allow him to speak just to ensure that the Trinamool leader continued to shower him with affection.

Modi also took a jibe at Gandhi’s absence in the Lok Sabha, saying “some people scoot after speaking and others have to bear the brunt”.