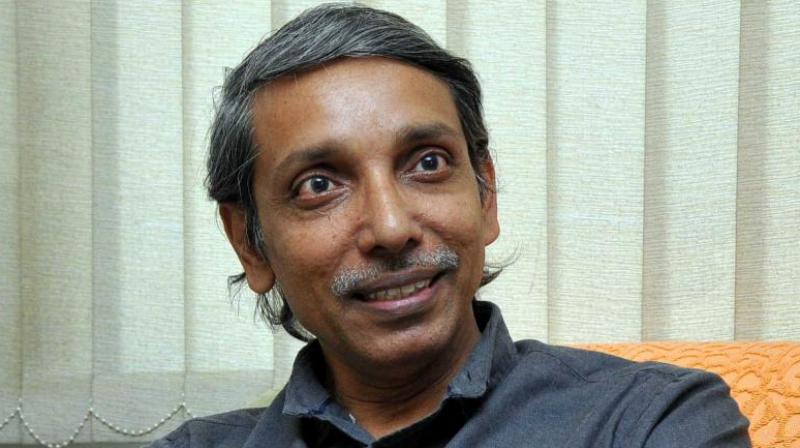 We know the dubious role of the erstwhile Janasangha and the communal organisation behind them that they were supporting Britishers during the Indian freedom movement led by Congress. After UGC has been forced to face a disaster, now  academician Prof Jagdish Kumar seems to have chosen his illustrious successor to destroy JNU, to whom no one knows.

Very soon JNU will be renamed as NGU with a branch office of RSS in the campus and a Ram Mandir inside. Savarkar and Jinnah divided the country on the basis of religion. Now, Modi and Owaisi will destroy Indian people’s unity forever on the basis of communal illusion  !

Dear PM, care is not a business where you give when you get… It’s a beautiful feeling for someone where you want to give even if you don’t get…You should have your show card handy as your fort is destined to fall soon.

Why don’t you just get over it?

Just let it go. We’ve all heard some flavor of this advice before. And it passes the sniff test, to a certain extent.

I mean, “time heals all wounds,” right? Well, yes… sort of. But wounds heal differently depending on how they’re treated.

Left alone, a gash in your skin will leave a large scar and be vulnerable to injury again in the future. This is why we get stitches—it helps the wound heal in a way that limits the chance of re-injury down the road.

But just “getting over it” leaves scars.

In the emotional sense, scars equal baggage—baggage we carry with us into every aspect of our lives. These scars grow and accumulate until one day you wake up suffering from the “three un’s” (unhappiness, unconvinced things will ever change, unsure what to do next).

So let this be your wake-up call. Don’t just get over it… Go through it! Make a sound…

No need to lament over mistakes as no work is free from mistakes. But, committing a mistake purposefully is a crime !

Narendra Modi will soon become History like his predecessors including Atal Bihari Vajpayee and Dr Manmohan Singh….anything in the earth has an end. He should count his days and understand that life is a long drive..On a highway even if we drive as fast as we can, We will still find someone ahead of us.

This is true in our lives too. We can’t get ahead of everyone. Let’s simply enjoy the turns ,twists, slopes and elevations.This is the biggest blow to the arrogance of the Modi government. Withdrawal of draconian farm laws is the biggest defeat of the Modi led BJP government. This shows how politicians fear the  loss of power. In view of forthcoming elections in UP, the Modi government was forced to repeal this act and reduce tax on petroleum products. If the working class can pose a similar threat , the government can reverse privatisation policy too.

When we are celebrating, we must introspect why working class people are not able to do that thing what farmers could do.There is need for introspection about our contribution in such type of struggle- may  be moral, physical, financial or intellectual.If one has no such contribution, he,/she should contribute in future.

Before the Bihar election in 2015, the controversial Land Acquisition Bill was rolled back. Perhaps now BJP is scared before the UP election. Isn’t it  too late to roll back 3 controversial Farm laws ? Will  farmers of Punjab and UP forgive the government for the 750 farmers’ death during year long farmers’ agitation? Will India forgive?

I have a non-political suggestion. This useless government should first check the Price Rise caused by its associated member businessmen and conversion of agricultural land into urban land by its blind followers. No smart cities anymore, we need a smart government.

India in the last seven years has the most depressed opposition and state sponsored media to showcase the mega projects which are more for getting commission for party funds than development  !

But,there are many much larger projects than them in the world avoiding the media glare as theirs is not state sponsored.Not just determination to fight but to sacrifice life. Farmer’s agitation was like a freedom struggle where 700 farmers have lost lives. Alas, in our working class struggle,how many lives, the government does not keep any record.That is why we are unable to defeat the privatisation policy.

However, when I am not prepared to come out in the open to fight and sacrifice my life, I cannot advise anyone to take recourse to that path.Farmers protests and win shows that hope is still alive.

In our living times, this is a historic movement and a historic win against a government, which branded the farmers and their movement as terrorist funded, Khalistanis and undemocratic .

Today is a day to cherish democracy and win over autocracy!