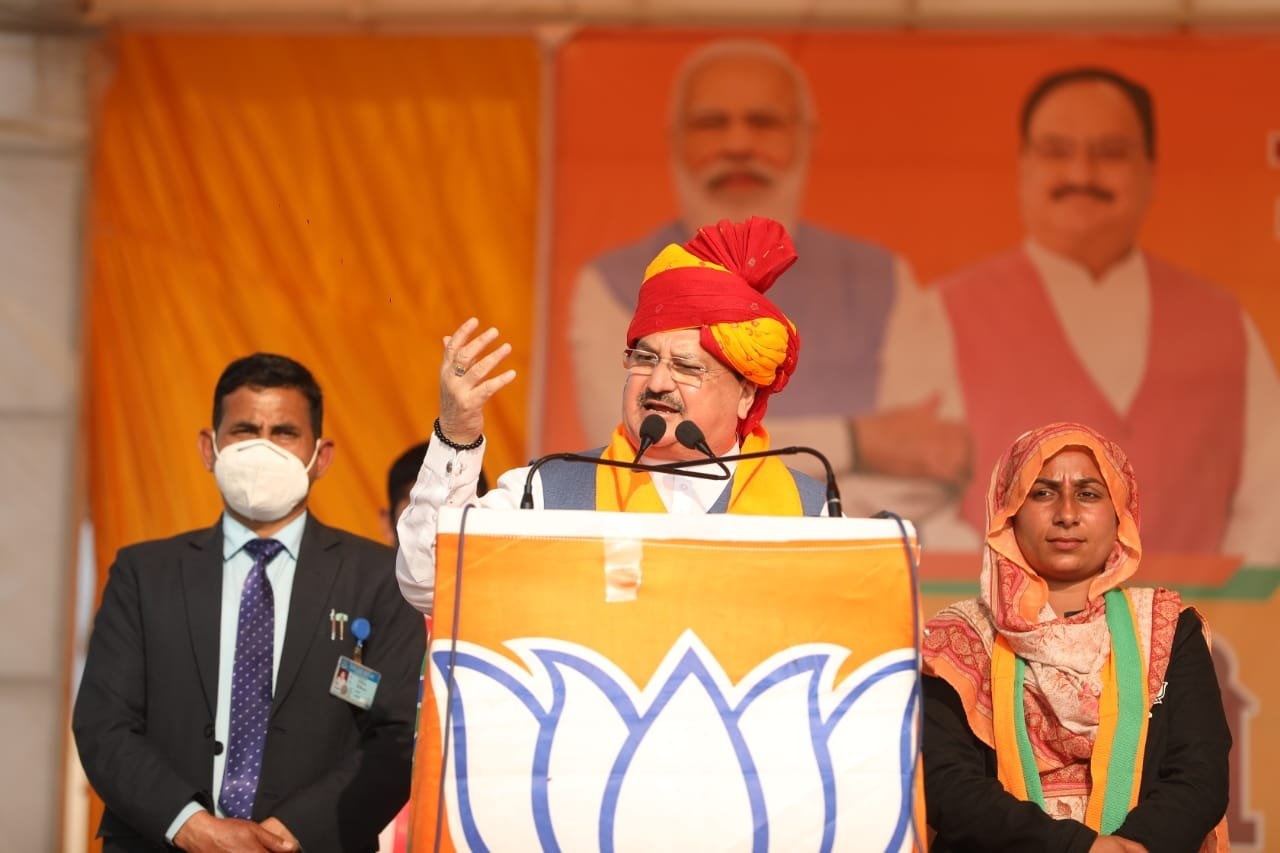 MAUR: BJP president J P Nadda on Tuesday urged people to bring the BJP-led alliance to power in Punjab to ensure that the border state remains strong and free of the mafia and drugs.

Addressing a poll rally in Bathinda’s Maur assembly constituency, Nadda urged people to vote for the BJP-led alliance for putting Punjab on the fast-track of development.

“Punjab needs new energy and new power,” he said, adding that only his party and alliance partners could take the state forward.

He targeted the Congress over the 1984 anti-Sikh riots following the assassination of then prime minister Indira Gandhi and told people to ask the Congressmen with which face they were seeking for votes.

“On one side there was ‘maut ka tandav’ (dance of death), humanity was shamed, our Sikh brothers were killed. On the other side, Congress was saying when a big tree falls, earth shakes,’ said Nadda.

He said nobody from the Congress cared about the families of victims.

It was only the BJP-led government at the Centre which put those who were involved in the riots behind bars, said Nadda.

He further took on the Congress over the issue of ‘mafia raj’ and drug problem in Punjab.

The BJP president said it was only the BJP-led alliance that could end the ‘mafia raj’ and make Punjab a drug-free state.

Stating that Punjab has a 600 km long border with Pakistan, Nadda said the way the Modi government was taking the country forward, it was neither liked by Pakistan nor by the anti-national forces in the country.

He asked the people not to strengthen the hands of those who are creating impediments in the efforts made by PM Modi for strengthening the nation.

“If you want that the border state remains strong, the youth remain drug free and they get employment, the only way for this is by strengthening the hands of Modi ji, he said.

Nadda also listed various steps taken by the Modi-led government for the welfare of various sections of the society.

He spoke about the Central government’s decision to allow the Golden Temple in Amritsar to receive foreign funds and said it was the NDA government which waived goods and services tax on ‘langar’.

He also spoke about opening of the Kartarpur corridor and the decision to set up a first-of-its-kind institute of Inter-Faith Studies in Punjab to promote brotherhood and diversity.