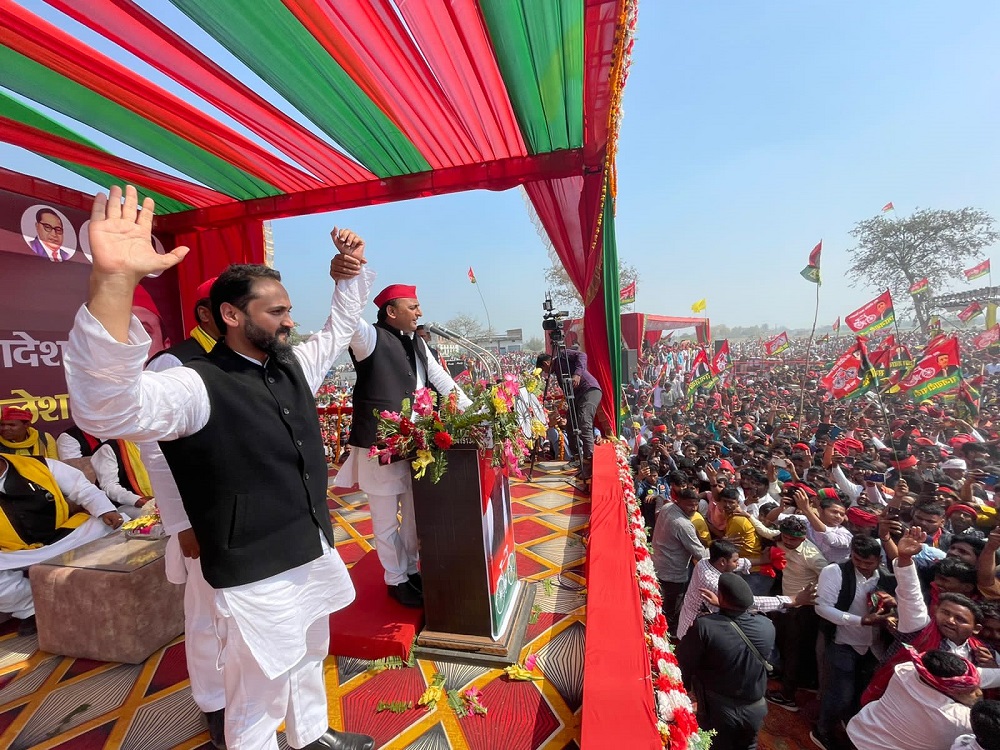 “I have joined Samajwadi Party today. Akhilesh Yadav talks about development, women’s safety and youth. As a youth, I thought to stand with such a person who talks progressively. I think Uttar Pradesh’s future will be safe in his hands,” Mayank told ANI.

Mayank’s joining the SP came ahead of the last phase of the Uttar Pradesh Assembly polls. His induction was announced by SP chief Akhilesh Yadav at an election Rally in Azamgarh.

Earlier, Mayank Joshi’s mother Rita Bahuguna Joshi had sought a ticket from BJP for her son to contest the UP Assembly Elections 2022 from the Lucknow Cantonment seat. However, BJP did not give the ticket to Mayank.

Rita Joshi had fought the 2017 elections and defeated Aparna Yadav, the then SP candidate from Lucknow Cantonment.

The elections for the 403 Assembly constituencies in Uttar Pradesh are being held in seven phases starting February 10. Polling for six phases has already concluded and the seventh phase will be held on March 7. The counting of votes will take place on March 10.