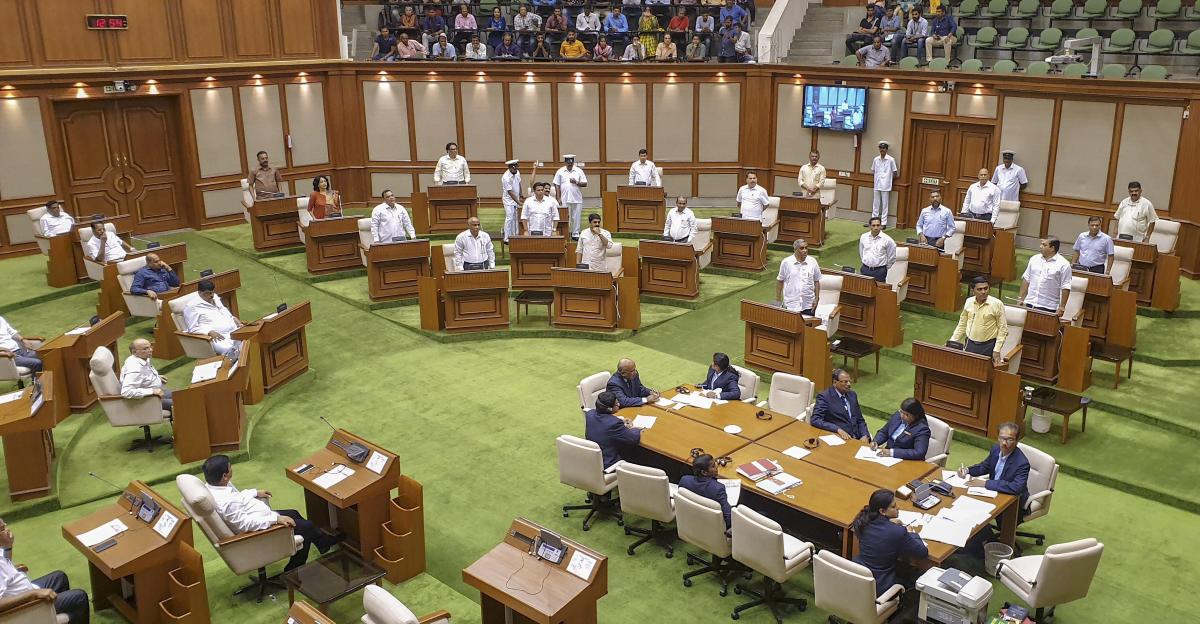 PANAJI: Twenty MLAs in the 40-member Goa House resigned and switched sides during the last five years of the outgoing Assembly.

Parrikar was serving as the chief minister when he died in 2019, following which BJP’s Pramod Sawant took over the top post in the coastal state.

Elections for the new Assembly were held on February 14 this year and the results will be declared on Thursday.

After the Assembly polls in 2017, the BJP formed government with the support of some regional outfits and independents.

Shortly after the polls, Vishwajit Rane was the first legislator to resign. He quit the Congress and joined the BJP. He later successfully contested the by-election from his traditional Valpoi Assembly constituency.

In 2018, two more MLAs Dayanand Sopte (Mandrem) and Subhash Shirodkar (Shiroda) resigned from the Congress and joined the BJP.

Later, Parrikar and Francis D’Souza died in 2019 and the Assembly constituencies of the two leaders fell vacant.

The by-elections were subsequently held for four constituencies Shiroda, Mandrem, Panaji and Mapusa. While the Congress won in Panaji, BJP candidates emerged victorious in the three other seats.

This time, Pauskar, Fernandes and D’Sa contested as independents and Rodrigues on the NCP’s ticket.

After the 2017 Assembly polls, the Congress had emerged as the single largest party with 17 seats. But, it failed to form government and over the last five years, its strength in the 40-member House reduced to two.