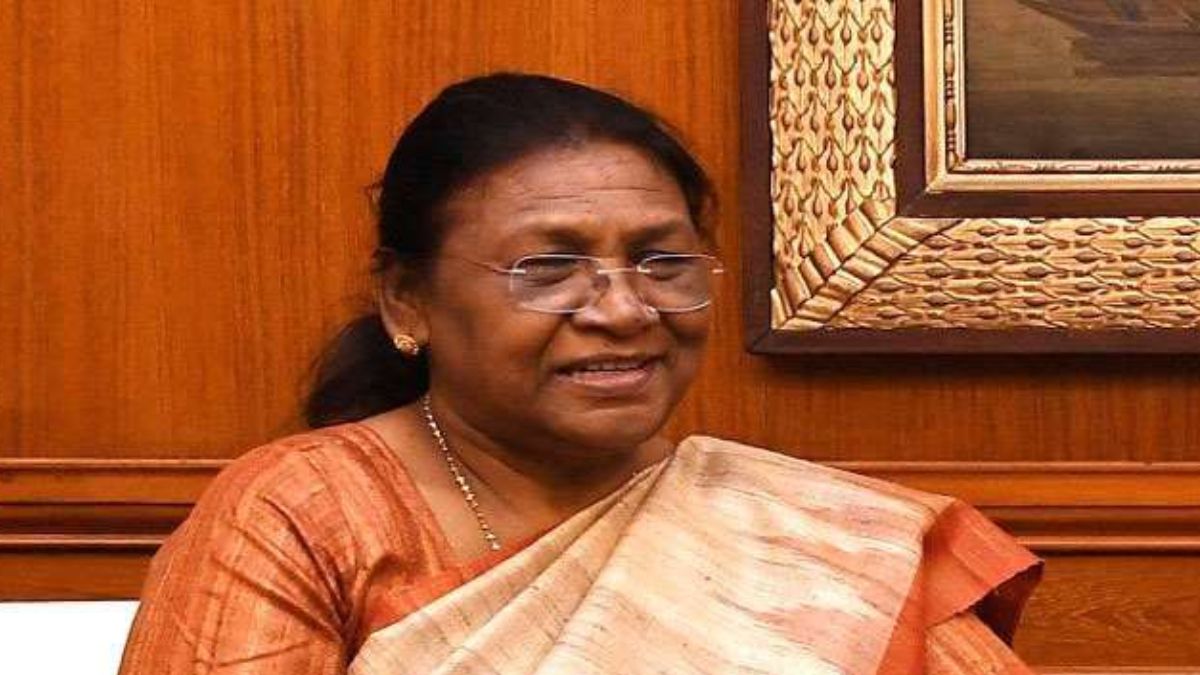 NEW DELHI: The BJP on Tuesday named Droupadi Murmu, a tribal leader of the party from Odisha, as the ruling NDA’s candidate for the presidential election, sending out a significant political message after elevating a Dalit, Ram Nath Kovind, to the top post five years back.

BJP president J P Nadda announced her name at a press conference following a meeting of the party’s parliamentary board, which included Prime Minister Narendra Modi and other senior leaders.

Murmu (64), a former Jharkhand governor, will be the first person from Odisha and the first tribal woman to occupy the top constitutional post if she is elected, a strong possibility as numbers are stacked in favour of the BJP-led National Democratic Alliance (NDA).

The Opposition had earlier in the day announced Yashwant Sinha as its joint candidate for the post. The poll is slated for July 18.

Soon after Murmu was named as the BJP-led NDA’s presidential candidate, Prime Minister Modi said she has devoted her life to serving society and expressed confidence that she will be a “great President”.

“Droupadi Murmu Ji has devoted her life to serving society and empowering the poor, downtrodden as well as the marginalised. She has rich administrative experience and had an outstanding gubernatorial tenure. I am confident she will be a great President of our nation.

“Millions of people, especially those who have experienced poverty and faced hardships, derive great strength from the life of Smt. Droupadi Murmu Ji. Her understanding of policy matters and compassionate nature will greatly benefit our country,” Modi tweeted.

Considered a soft-spoken and affable leader who comes from Mayurbhanj, one of the more backward regions of Odisha, Murmu has held various positions in the party rising through the ranks and was a minister in the state when the BJP was in alliance with the ruling Biju Janata Dal.

Known for taking decisions with an eye on the larger political message, the BJP is hopeful that Murmu’s candidature will help its reach among tribals not only in her home state but also across the country as it has continuously strived to woo various disadvantaged communities to good political results.

She will be the first President, if elected, born after independence. Modi has often spoken about being the first Prime Minister born after India gained freedom and used the plank to reach out to the masses.

She is likely to draw support from several non-NDA regional parties, including Odisha’s ruling BJD, and even an opposition party like Jharkhand Mukti Morcha, which is in power in Jharkhand with the Congress, may find it hard to oppose her as the party identifies itself the cause of tribals.

Nadda told reporters that around 20 names were discussed by the party leadership for the presidential candidate before it decided to pick someone from the eastern region and a tribal and woman.

He said the ruling party wanted a consensus choice for the next President but it could not happen as the Opposition went ahead by naming its own candidate.

Nadda noted that Union minister Rajnath Singh and he had spoken to various party leaders, including those from the Opposition, to reach a consensus but in vain. The BJP had spoken to its allies about the candidature of Murmu, he added.

A former government official who later switched to politics, she is likely to file her nomination in a few days, with June 29 being the last date.

Incidentally, her name was also doing the rounds for the BJP’s likely choice for the top constitutional post in 2017 but Kovind then emerged as its pick.

From a junior assistant in the irrigation and power department in Odisha to the presidential candidate of the BJP-led NDA, it has been a long and arduous journey for tribal leader Droupadi Murmu.

If elected, Murmu will be India’s first tribal President.

The announcement of Murmu’s candidature by BJP president J P Nadda came a day after she celebrated her 64th birthday.

Born in the Santhal community, Murmu began her political career as a councillor in Rairangpur Nagar Panchayat in 1997 and rose through the ranks to become a minister in the Odisha government in 2000 and later the Governor of Jharkhand in 2015.

A two-term former MLA from Rairangpur, Murmu held on to her assembly seat in 2009 when the BJD had snapped ties with the BJP weeks ahead of the state elections which were swept by Chief Minister Naveen Patnaik.

Born on June 20, 1958, Murmu also holds the distinction of becoming the first woman Governor of Jharkhand. If elected, Murmu will also be the first president to be born after Independence.

Murmu took her baby steps struggling with poverty in one of the most remote and underdeveloped districts of the country.

Overcoming all odds, she earned her Bachelor’s degree in Arts from Ramadevi Women’s College in Bhubaneswar and served as a junior assistant in the irrigation and power department in the Odisha government.

Later, she also served as an honorary assistant teacher in the Shri Aurobindo Integral Education Centre in Rairangpur.

Murmu was awarded the Nilkanth Award for the Best MLA of the year in 2007 by the Odisha Legislative assembly.

She has diverse administrative experience having handled ministries such as transport, commerce, fisheries and animal husbandry in the Odisha government.

In the BJP, Murmu was the vice president and later president of the Scheduled Tribe Morcha in Odisha. She was elected as the district president of Mayurbhanj (West) unit of the BJP in 2010 and re-elected in 2013. She was also named as member of the BJP National Executive (ST Morcha) the same year.

She held the post of district president till April 2015 when she was appointed as the Governor of Jharkhand.

Murmu was married to Shyam Charan Murmu and they had two sons and a daughter. Her life has been marked with personal tragedies as she lost her husband and two sons.