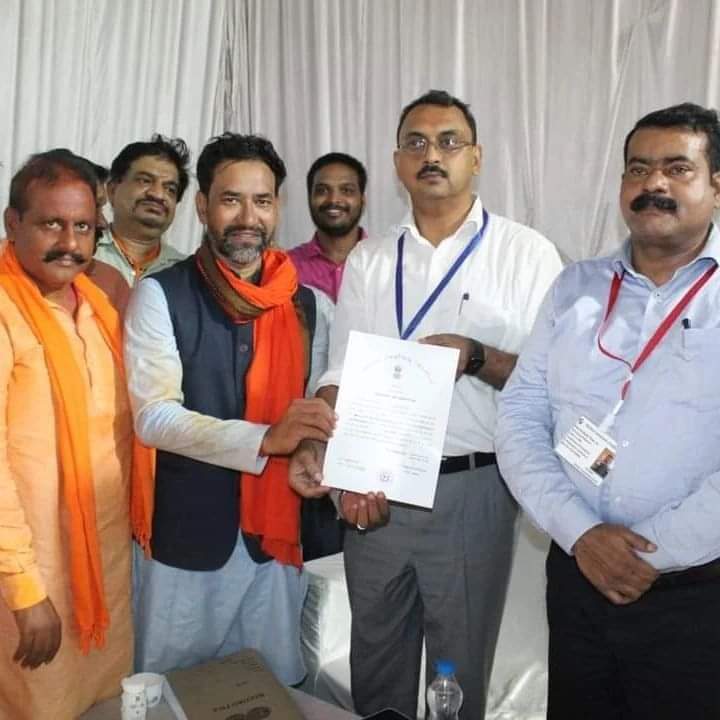 NEW DELHI: The Samajwadi Party Sunday alleged the BJP’s victory in bypolls for the Rampur and Azamgarh Lok Sabha constituencies has been achieved through “dishonesty, deceit, disregard for democracy and constitution and coercion”.

In the results announced on Sunday, the BJP stunned the Samajwadi Party by wresting the two seats considered its pocket-boroughs. In Rampur, the seat vacated by SP stalwart Azam Khan after his election to the state assembly, the BJP’s Ghanshyam Lodhi defeated the SP’s Mohd Asim Raja by a comfortable margin of 42,192 votes in a direct contest.

In the Azamgarh Lok Sabha constituency, which was vacated by SP chief Akhilesh Yadav, the BJP’s Dinesh Lal Yadav ‘Nirahua’ defeated the SP’s Dharmendra Yadav by a margin of 8,679 votes.

Yadav accused the ruling BJP of “grossly misusing” their power during the polls, and claimed people were “surprised” with the results.

“The chronology of ‘murder of democracy’ in BJP rule: conspiracy to reject nominations, suppress candidates, misuse machinery to prevent voting, irregularities in counting, pressure on public representatives and toppling of elected governments. This is the bitter truth about ‘Azadi ke Amrit Kaal’,” Yadav said in a series of tweets in Hindi.

“This victory of the BJP is the victory of dishonesty, deceit, disregard for democracy and constitution, coercion, hooliganism by the administration, the ‘Dhritarashtra’ vision of the Election Commission, and hijacking of the public mandate by BJP’s ‘Kaurav’ army. Democracy is bleeding and the public mandate lost,” he said.

Later in a statement issued by the party, Yadav said, “The BJP government had grossly misused their power in the bye-elections held to Azamgarh and Rampur Lok Sabha seats, and also hatched conspiracies to influence the public opinion by deceit. The BJP’s greed for power has shattered all the democratic beliefs.”

He claimed that people’s inclination was “towards the Samajwadi Party” but the BJP “resorted to undemocratic and low-level tactics” to get votes in its favour.

“Voters were prevented from casting votes. The police had detained workers illegally, and polling agents were sent out of the polling centre,” he alleged in the statement.

“In this situation, celebrating the victory of the bypolls is ridiculing the people,” he said.

He said people are surprised with the BJP’s win and they “will shatter this arrogance of the BJP in 2024 (Lok Sabha election)”.

He alleged the poor have been destroyed, farmers cheated and the future of the youth is in dark under the BJP rule.

“In the double-engine government, development is blocked for the past five years. People know the truth of the BJP-RSS alliance, and they will give a befitting reply to the BJP,” he said.