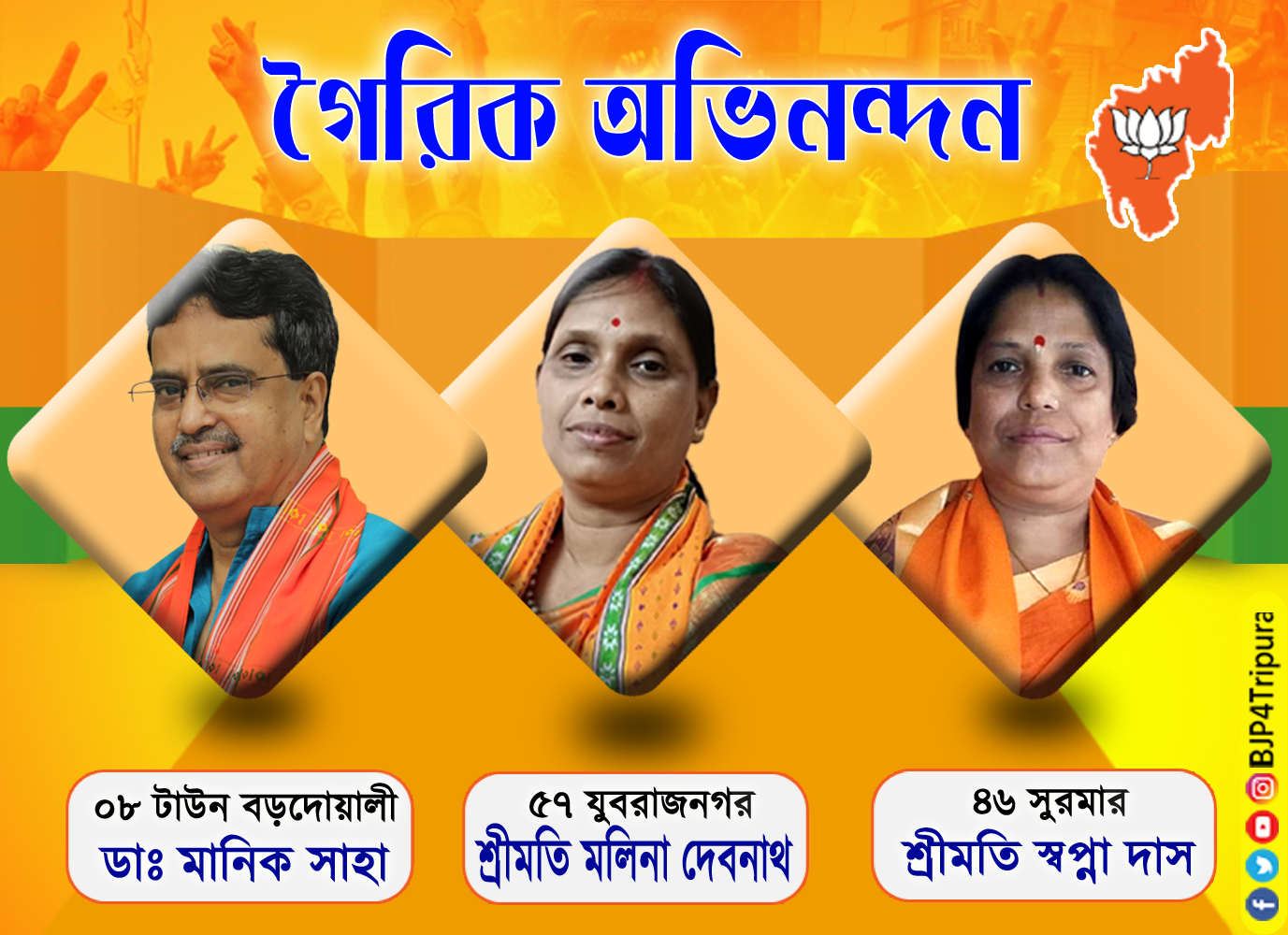 However, there was something to cheer about for the AAP as it won the bypoll to the Rajinder Nagar seat in the national capital.

In the bypolls for the two Lok Sabha seats in Uttar Pradesh, the BJP won the Rampur seat and appeared set to wrest Azamgarh.

In Andhra Pradesh, the ruling YSR Congress is racing ahead in the by-election to Atmakuru Assembly constituency with its candidate establishing a clear lead of over 50,000 votes, while in Jharkhand, BJP candidate Gangotri Kujur was leading marginally as votes were being counted for the Mandar by-election.

The BJP consolidated its position in Tripura winning three of the four assembly seats.

Chief Minister Manik Saha secured 17,181 votes, which is 51.63 per cent of the total votes polled.

“The people who voted for me, I thank them. This is the victory of BJP workers. I expected the margin to be a bit more. However, the results prove the understanding between the CPI(M) and Congress. We will work accordingly in the future, but people did not take this understanding in a good way,” the chief minister told reporters.

Congress candidate Sudip Roy Barman won the Agartala seat by a margin of 3,163 votes. He secured 17,241 votes, which is 43.46 per cent of the total votes polled.

With this victory, Roy Barman became the only Congress MLA in the assembly after the party’s complete rout in the 2018 assembly elections.

The ruling Aam Aadmi Party (AAP) conceded defeat in the Sangrur Lok Sabha bypoll, saying it respects the mandate of the voters.

Shiromani Akali Dal (Amritsar) president and candidate Simranjit Singh Mann was inching towards victory from the Sangrur seat having gained a lead of over 5,000 votes over his nearest AAP rival Gurmail Singh.

However, the election result is yet to be declared by the Election Commission of India.

The ruling BJP in Uttar Pradesh also made its mark with its candidate Ghanshyam Lodhi winning from the Rampur parliamentary seat by margin of over 42,000 votes.

In Azamgarh too, BJP candidate Dinesh Lal Yadav ‘Nirahua’ is maintaining a lead over his nearest rival, Dharmendra Yadav of SP.

Counting of votes began on Sunday morning in three Lok Sabha and seven assembly seats spread across five states and Delhi where bypolls were held on June 23.