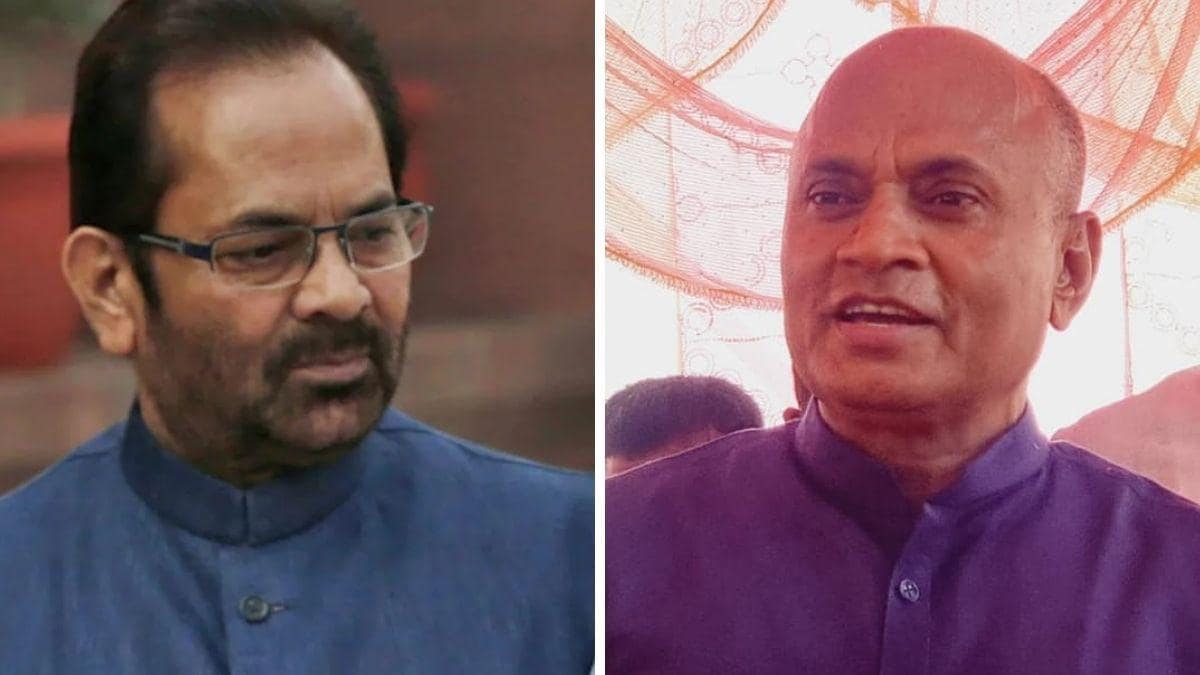 NEW DELHI: Mukhtar Abbas Naqvi and R C P Singh resigned from the Union Cabinet on Wednesday, a day before the completion of their Rajya Sabha term.

Minority Affairs Minister Naqvi and Steel Minister Singh submitted their resignations to Prime Minister Narendra Modi, who lauded their contributions to the country during their ministerial tenure.

President Ram Nath Kovind accepted their resignations and assigned the minority affairs ministry to Smriti Irani and the steel ministry to Jyotiraditya Scindia, in addition to their existing portfolios.

With Naqvi resigning on Wednesday and his Rajya Sabha term ending a day later, there will be no Muslim face in the Union Council of Ministers and among the BJP’s 395 Members of Parliament.

Naqvi was among the three BJP Muslim MPs whose term ended during the recent round of Rajya Sabha polls to 57 seats across 15 states but none of them were renominated by the party.

It will be after a long time that the BJP will not have any Muslim MP. This will also be a rare occasion when the Union Council of Ministers will not have a Muslim member.

After Naqvi was denied a nomination in the recent Rajya Sabha polls, there has been speculation that he is being considered for the post of vice president, the election for which is scheduled to be held on August 6, or some other key position.

R C P Singh, a former bureaucrat and JD(U) leader, resigned on his birthday, one year after joining the Union Cabinet from his party’s quota.

He was wished by Prime Minister Modi on his birthday in the morning.

Once a confidant of Bihar Chief Minister and JD(U) supremo Nitish Kumar, Singh had fallen out of favour with him and was denied a Rajya Sabha ticket.

With his resignation, there are only two ministers at the Centre from BJP allies — Ramdas Athawale from the RPI(A) and Anupriya Patel from the Apna Dal.

With the Union Cabinet now having two more vacancies and no representation from the BJP’s biggest ally JD(U), there is a possibility of a cabinet expansion-cum- reshuffle in near future. However, there was no official word on it so far.