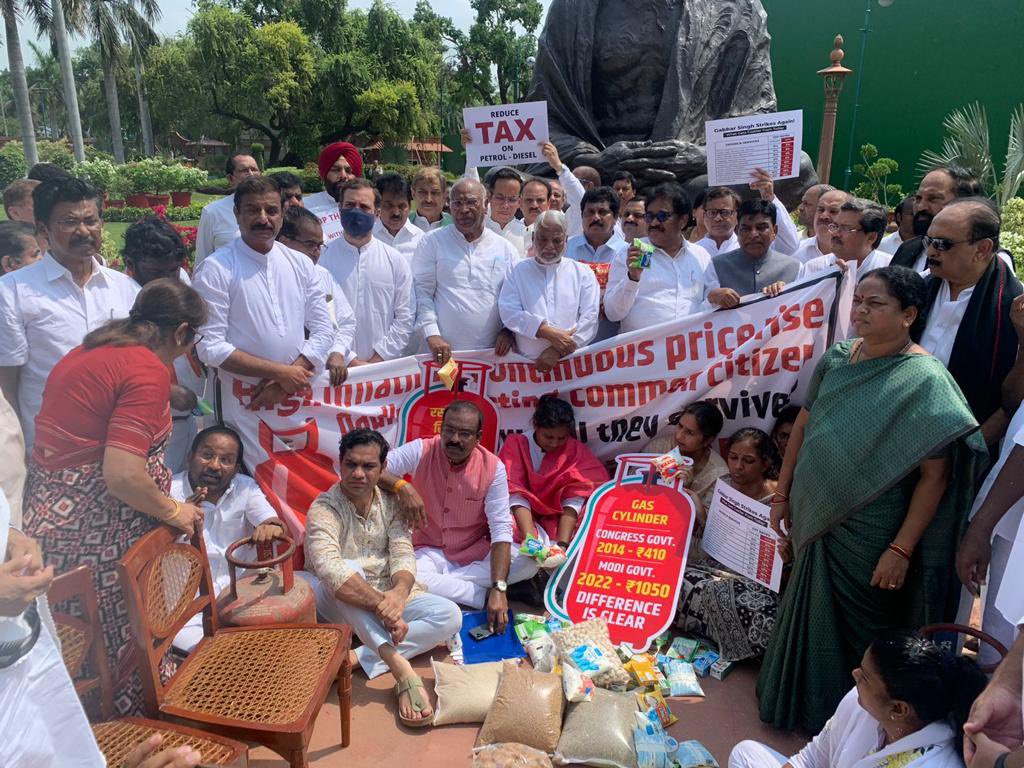 NEW DELHI: Opposition parties on Wednesday staged a protest in Parliament premises against inflation and the hike in the Goods and Services Tax on certain commodities of daily use.

Leaders of opposition parties including the Congress, NCP, DMK and Left raised slogans against the government demanding a roll back of the hike in GST rates on commodities like curd, bread and paneer.

Congress leaders Rahul Gandhi, Mallikarjun Kharge, Adhir Ranjan Chowdhury and others were present during the protest in front of Mahatma Gandhi’s statue in Parliament premises.

The Congress and other parties have been seeking a discussion in Parliament on the issue of inflation and GST rates. Parliament has witnessed disruptions over the issue ever since the start of the Monsoon Session on Monday.

The opposition has been describing the GST as Gabbar Singh Tax, referring to the Bollywood blockbuster Sholay’s villain Gabbar Singh who illegally collected taxes from villagers in the film.

GST was raised on essential items including curd and paneer from zero to 5 percent starting July 18.

The protest also came in the wake of the row over the Rajya Sabha secretariat issuing a circular saying no protest or demonstration will be allowed inside Parliament.