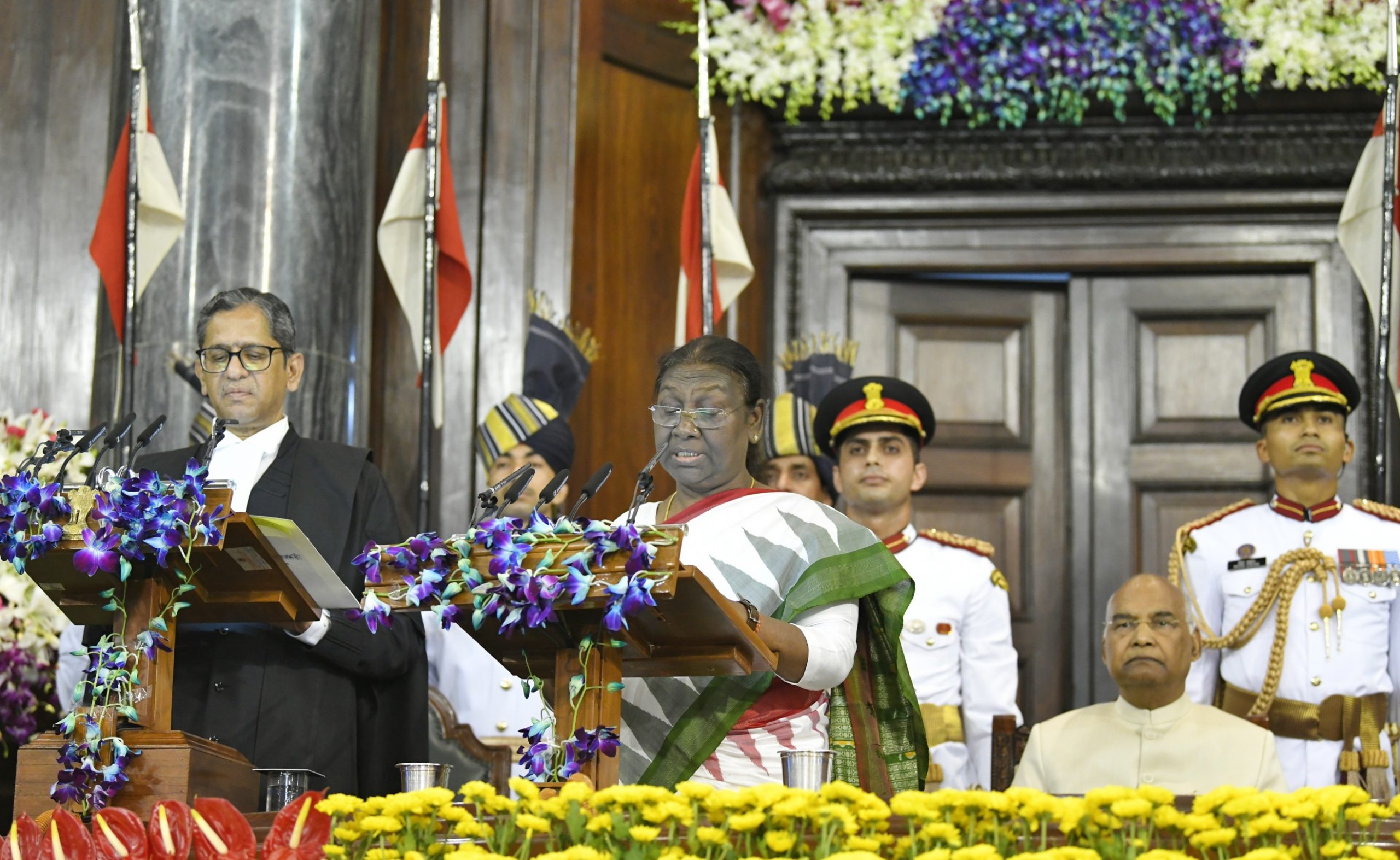 The entire nation watched with pride as Smt. Droupadi Murmu Ji took oath as the President of India. Her assuming the Presidency is a watershed moment for India especially for the poor, marginalised and downtrodden. I wish her the very best for a fruitful Presidential tenure. pic.twitter.com/xcqBqRt2nc

In her address after taking oath, President Droupadi Murmu Ji gave a message of hope and compassion. She emphasised on India's accomplishments and presented a futuristic vision of the path ahead at a time when India is marking Azadi Ka Amrit Mahotsav. pic.twitter.com/I2DEO5wHbO

She took the oath in the name of god in Hindi.

In this article:Droupadi Murmu, India