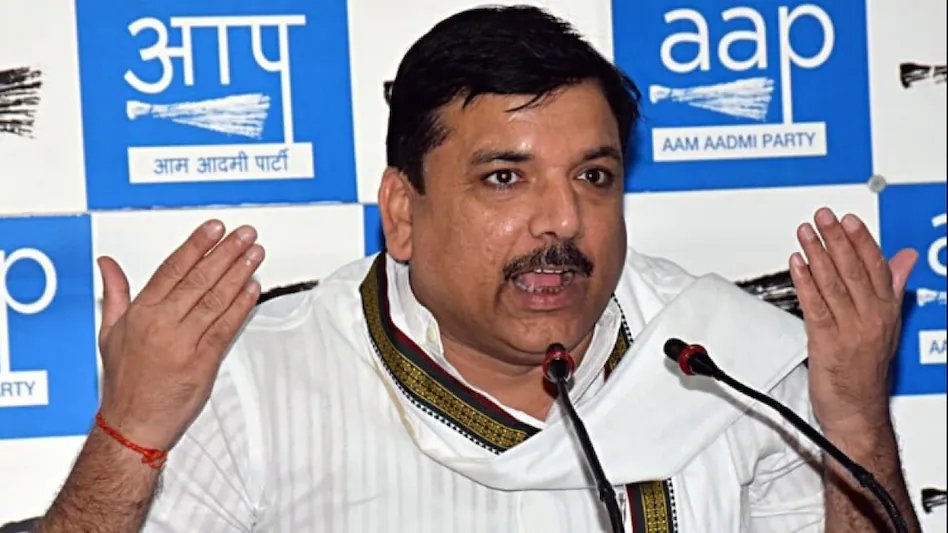 NEW DELHI: Aam Aadmi Party (AAP) MP Sanjay Singh was on Wednesday suspended from the Rajya Sabha for the remainder of this week for “throwing paper on the Chair” a day ago during proceedings of the House. Singh is the 20th MP from the Upper House who has been suspended for disrupting proceedings. This is the highest number of single-batch suspensions in the Upper House.

Rajya Sabha Deputy Chairman Harivansh Narayan Singh announced the suspension of the AAP leader, saying Sanjay Singh is being suspended from the House for the remaining part of this week for disrupting House proceedings on Tuesday and showing disregard to the chair. It was mentioned during his suspension that Singh threw paper at the chair on Tuesday during proceedings of the House.

The suspension of Singh followed a motion moved by Junior minister of parliamentary affairs V. Muraleedharan for the “misconduct” and “utter disregard to the House and authority of the Chair”. The motion was carried out by a voice vote. The move comes a day after Rajya Sabha Deputy Chairman suspended 19 Opposition MPs from the House for the remainder of this week for repeatedly disrupting proceedings.

This was the highest number of single-batch suspensions in the Upper House. In November last year, 12 Opposition MPs were suspended for the entire Winter Session for the ruckus they had created during the Monsoon Session over the farm bills. Seven of the suspended members belong to TMC, six MPs are from DMK, three TRS, two CPM and one CPI.

Leader of Opposition in Rajya Sabha Mallikarjun Kharge said that the opposition will submit a request to the Speaker of Lok Sabha and Chairman of the Rajya Sabha to rescind the suspension of the members who raised their voices against the price rise. Meanwhile, Congress MPs protest in front of the Mahatma Gandhi statue on the suspension of opposition MPs from Parliament. TMC MPs who are suspended from Rajya Sabha for this week for misconduct also protested in front of the Mahatma Gandhi statue in Parliament

The Upper House has been facing adjournment on various issues due to the Opposition ruckus since the Parliament’s Monsoon Session started. The Monsoon Session of Parliament commenced on July 18 and will continue till August 12. There will be 18 sittings during the Session.