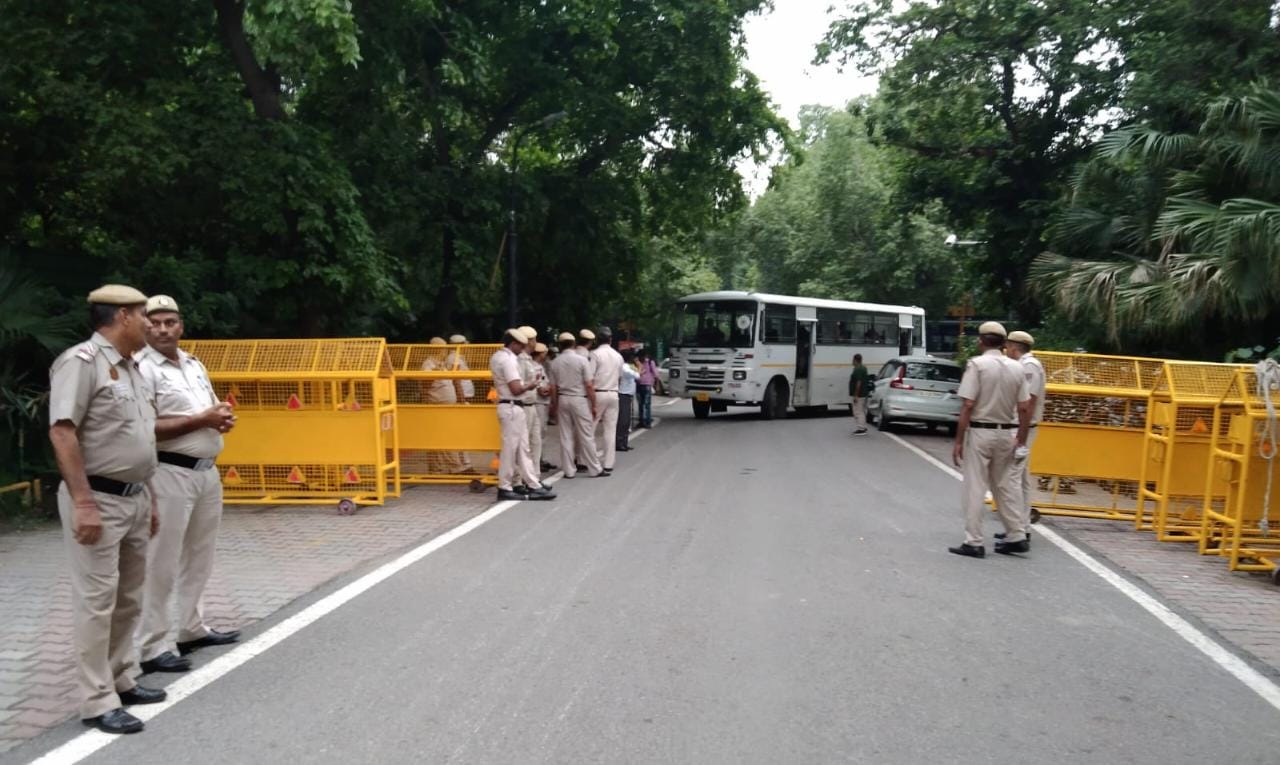 NEW DELHI: The road to AICC headquarters here was blocked on Wednesday with the Congress alleging the party was “under siege” while the police said barricades have been erected and its personnel deputed to avoid any untoward situation.

This came soon after the ED temporarily sealed the premises of Young Indian (YI) in the Congress-owned National Herald office in Delhi as part of an ongoing money laundering investigation.

The barricades were later removed.

“Delhi Police blocking the road to AICC Headquarters has become a norm rather than an exception! Why have they just done so is mysterious…,” Ramesh tweeted.

“The Congress is under siege. Delhi police has surrounded our HQs, and homes of INC President and ex-President. This is the worst form of vendetta politics. We will not submit! We will not be silenced! We will continue to raise our voice against injustices and failures of Modi Sarkar!,” he said in another tweet.

A senior Delhi police officer said, “We have received inputs from our special branch that some protesters might gather at the Congress Office situated on Akbar Road. So, as a preventive measure, we have put barricades and deputed our personnel to avoid any untoward situation.” In a tweet in Hindi, the Congress said, “The voice of truth will not be afraid of police guards. Gandhi’s followers will fight and win from this darkness.” Sealing the office of the National Herald, bringing the Congress headquarters under police guards show both the “fear and frustration of the dictator”, the party said, adding that questions of inflation and unemployment will still be asked.

Senior Congress leader Salman Khurshid, while entering the AICC headquarters, told reporters that there is nothing in the case of money laundering investigation as there is “no money involved, so no question of laundering”.

“I have come to my party office, if there is any information here I will get it. Everyday party workers, MPs are being stopped…you (media) are also stopped, you must not stop and keep doing your job,” he told reporters.

“The party headquarters is central to one’s political life and I have come here. We have said very clearly that there is nothing in the case of money laundering investigation as there is no money involved so no question of laundering,” Khurshid said.

Senior Congress leader and Leader of Opposition in Rajya Sabha Mallikarjun Kharge also raised the issue in the upper house and alleged that the police have barricaded the residence of the Congress president, former Congres spresident and the party headquarters.

On Tuesday, the ED raided the head office of the National Herald newspaper here and 11 other locations as part of its probe. The ED had earlier questioned Congress chief Sonia Gandhi and her son Rahul Gandhi in the case.