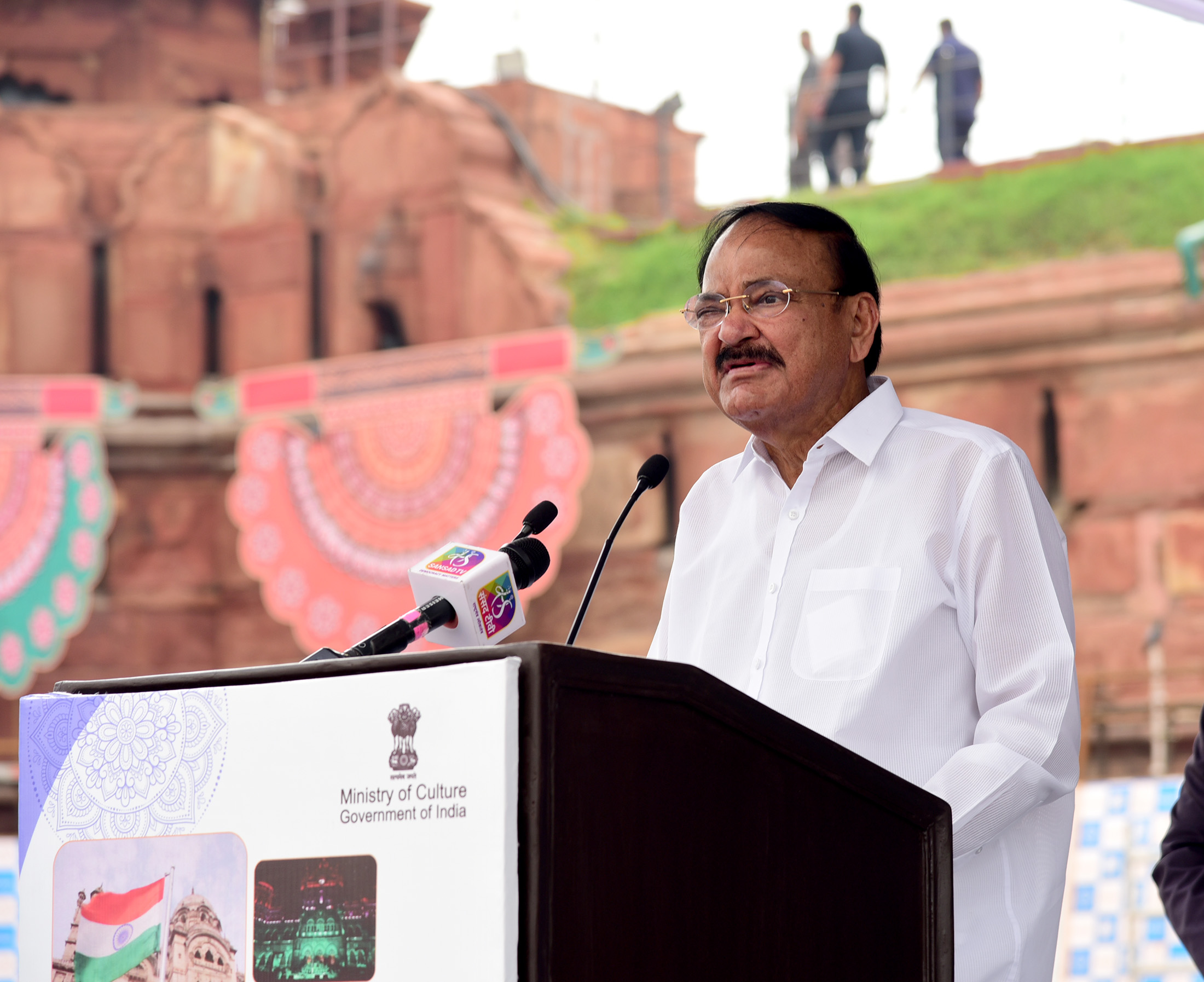 NEW DELHI: The Congress and the Shiv Sena on Wednesday tried to raise the issue of alleged misuse of central investigating agencies by the government in the Rajya Sabha but Chairman M Venkaiah Naidu disallowed them from doing so.

Leader of the Opposition and senior Congress leader M Mallikarjun Kharge and his colleague Deepender Singh Hooda, Shiv Sena’s Priyanka Chaturvedi and AAP’s Sanjay Singh and Raghav Chadha gave notices under rule 267 but they were not admitted.

“You know my position. These are all notices not worth to be taken up under 267,” Naidu said.

Rule 267 provides for setting aside the business of the day to take up discussion on the issue being raised in such notice.

The government is using the investigating agencies with a vengeance as part of a plan to target political opponents as well as bring down democratically elected state governments, he alleged seeking a discussion.

“I am not admitting it,” Naidu said.

The notice by Congress leaders came a day after the ED raided the head office of the National Herald newspaper here and 11 other locations as part of an ongoing money laundering investigation. The ED had earlier questioned Congress chief Sonia Gandhi and her son and party leader Rahul Gandhi in the case.

Chaturvedi said her party leader and sitting Rajya Sabha MP Sanjay Raut was arrested by the ED without informing the chairman.

“As per rule 220 of rule book, they should have kept you informed. Were they doing? Are they undermining your constitutional position,” she asked Naidu.

She alleged that the country was moving towards ED-raaj without any accountability, which is worrying.

But her notice too wasn’t admitted.

After rejecting the 267 notices, Naidu took up Zero Hour where MPs are allowed to make mention of public interest issues.

Santanu Sen of the Trinamool Congress raised the issue of falling levels of women literacy while Rajni Ashokrao Patil of the Congress highlighted the drought-like situation in parts of Maharashtra.

The vessel – Yuan Wang 5 – involved in space and satellite tracking can be used to spy on India and the government should take note of it and make a statement, he demanded.

Brijlal (BJP) wanted the government to enforce UGC guidelines for qualifying markets for reserved categories in the recruitment of Assistant Professors by various universities in the country.

Rajmani Patel of Congress raised the alleged corruption and other irregularities in the construction of Gaushala under MNREGA in Madhya Pradesh.