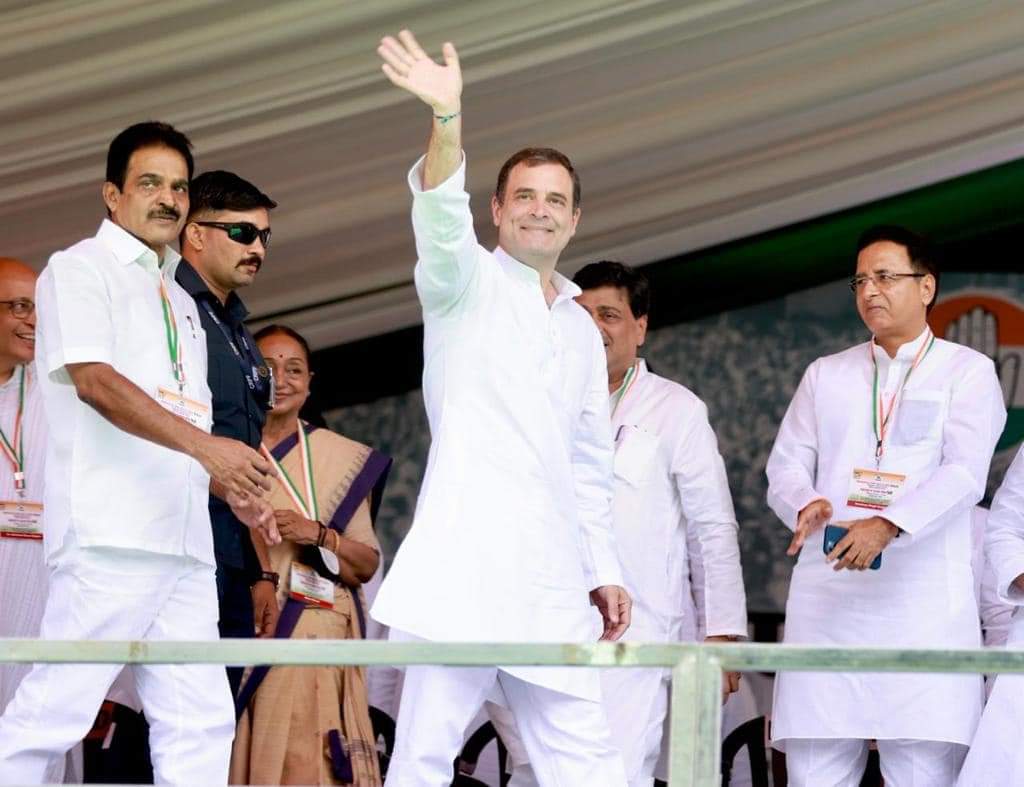 THIRUVANANTHAPURAM: With the process for electing the new Congress president round the corner, senior party leader Jairam Ramesh has batted for “consensus” in selecting the new AICC chief and sought to uphold the “prominence” of the Nehru-Gandhi family in the organisational matters in any sort of emerging situation.

Ramesh, the AICC general secretary in-charge Communication, Publicity and Media, said even if somebody else is elected as the party chief in the October 17 polls, Sonia Gandhi will continue to be a person “everybody looks up to” and insisted Rahul Gandhi will be the “ideological compass” of the grand old organisation.

He rejected the suggestion the Wayanad MP will do “backseat driving” in the event of somebody else being a Congress president, hailing the Gandhi scion as a very accommodative and democratic person.

A party without a ‘high command’ would be ‘anarchy,’ he said.

In an interview to PTI, the former Union minister also opposed a section of Congress leaders’ argument against its high command culture, claiming that there will be anarchy in a party without such a mechanism.

To buttress his arguments for a unanimous election of the new AICC chief, Ramesh invoked the “view” of legendary Congress leader K Kamaraj, which according to him, is “talk to everybody and find a suitable consensus choice” for leading the party.

“In the history of the Indian National Congress, generally we’ve selected people by consensus. But there had been elections — in 1938, 1950, 1997 and 2000. But my view is that of a broad consensus–the Kamaraj view. I belong to the Kamaraj school,” said Ramesh, a key Congress strategist, as the Rahul Gandhi-led “Bharat Jodo Yatra” reached near Kollam district in Kerala.

The notification for the election will be issued on September 22, while the filing of nomination would begin on September 24 and continue till September 30.

The election, if there is more than one candidate, will take place on October 17, while counting of votes, if necessary, and the declaration of results would be on October 19.

When asked about the argument of a section of party leaders including Lok Sabha MP Shashi Tharoor that a democratic contest for the Congress president’s post will revitalise the Congress, Ramesh said if a consensus is not possible “we should have elections”.

“Mr Tharoor is welcome to contest. It’s democratic process. We are the only political party which has elections to the post of President.”

Ramesh also took an indirect dig at Tharoor and the leaders who argue for organisational reforms and election to the party president’s post, terming as “unrealistic” the thinking that the Congress or any other party in India should be run along the lines of Labour and Conservative parties in the United Kingdom.

“It is being unrealistic. I think that the people who say this don’t understand the realities of India,” the senior Rajya Sabha MP said.

Responding to a query on the growing demand in the party for electing Rahul Gandhi as AICC chief, Ramesh said the former Congress president was in a “peculiar position” on the matter and it was up to him to decide whether to contest the polls or not.

“People are asking him (Rahul) now, why are you a candidate? Are you a candidate? At the end of the process of filing nomination, the same people could ask him why are you not a candidate? Mr Gandhi is in a peculiar position. It is up to him. I have no knowledge what he is going to do,” he said, adding that currently the focus of Gandhi and the party is on the Bharat Jodo Yatra.

Ramesh said when he had discussed the matters of the organisational elections with Rahul Gandhi on two or three occasions, “he has always told me — why not have elections…why not people contest”.

“If people want to file their nomination papers, they are welcome to do so. He (Rahul) himself has said this — I welcome elections,” the AICC general secretary said.

Rejecting the arguments of Tharoor and a few other members of the old G-23 groupings on the need of reducing or eliminating the “High Command” culture in the Congress party, Ramesh said every party has a high command and they call it in different names.

When asked who will be the Congress high command if a new president from outside the Nehru-Gandhi family is elected as party chief, Ramesh said these are hypothetical questions now but said he was sure that both Sonia and Rahul will continue to be respected and people will look up to them.

Pressed further, Ramesh said Rahul Gandhi will not do backseat driving of the organisation in the event of somebody else coming to the helm of affairs.