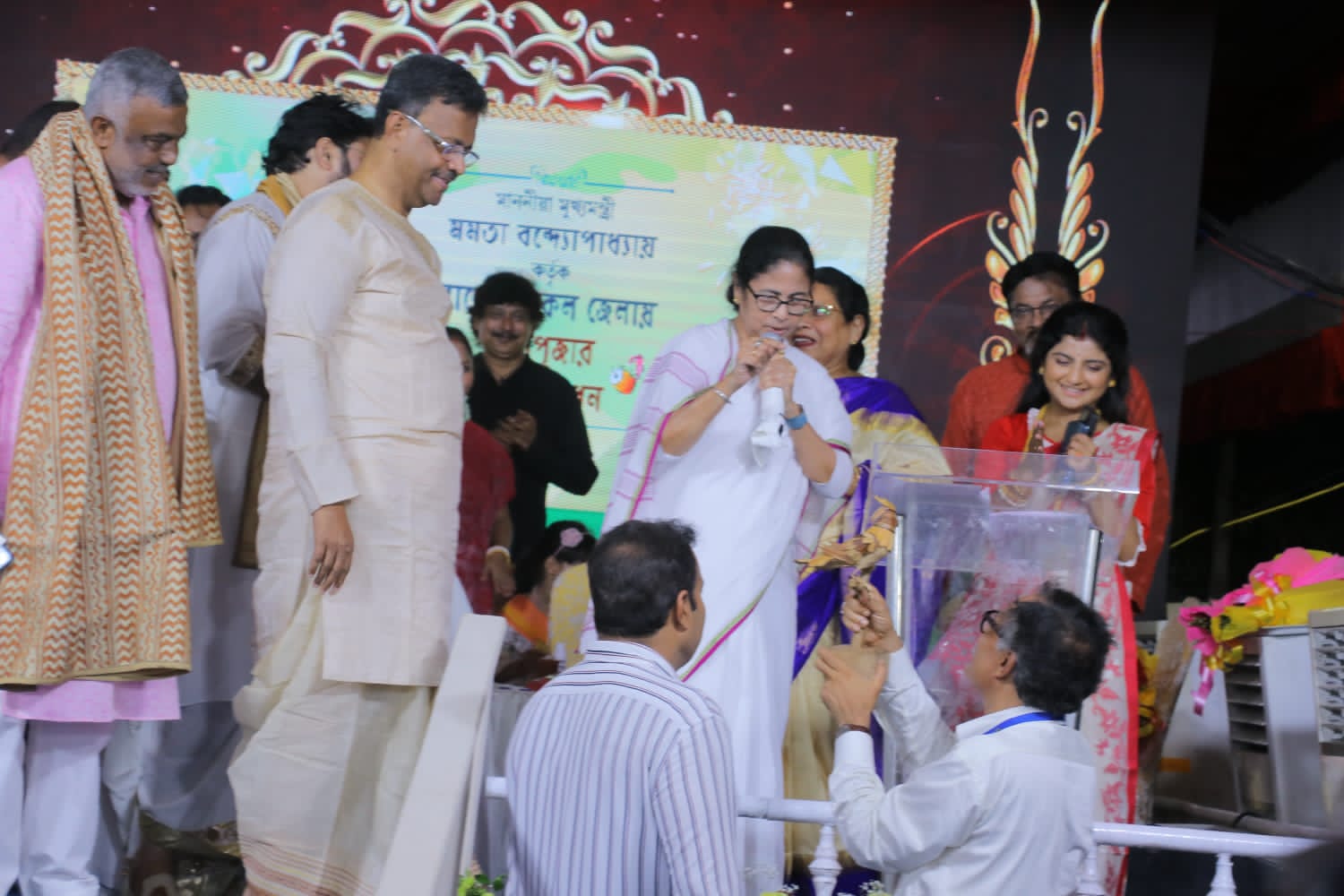 A few precious moments from the Chokkhu Daan & inaugural ceremony of Chetla Agrani by my leader @MamataOfficial!
Every year, we eagerly wait for this special moment.. This feeling cannot be expressed with words. #Durgapuja2022 pic.twitter.com/4utUVUsSQI

“I will ask Bobby (Firhad Hakim) to name a road, even if small, and a small park in remembrance of Pranab Mukherjee,” she said.

She also remembered singers Sandhya Mukhopadhyay, Dwijen Mukhopadhyay and Nirmala Mishra, and asked the mayor to rename roads and parks after them.

Banerjee said the Durga Puja festival has twin feathers on its crown this year — Intangible Cultural Heritage by UNESCO and Best Destination for Culture by a global organisation of travel writers.

She said that these recognitions will show the path of peace and togetherness to the world.

Banerjee said that it would also be the responsibility of community puja organisers to assist the police in crowd management.

“As I had told Sujit (Bose), I am also telling Bobby to ensure that the roads are open to the public,” she said.

Praising the Durga idol at Chetla Agrani, which is organised by Hakim, she said that kudos goes to the artist.

“I am happy that through the eyes of the Goddess at Agrani, I got a chance to see my Bengal,” she said.