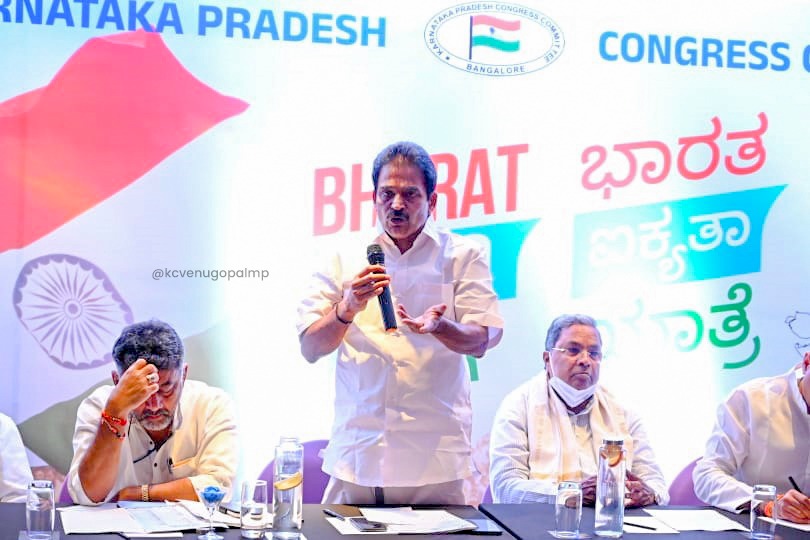 Venugopal made the statement outside Gandhi’s 10, Janpath residence here after a series of meetings to resolve the Rajasthan crisis.

He also said it will be clear by tomorrow, the last day of filing nominations for the top post, who all will contest.

The comments came soon after Rajasthan Chief Minister Ashok Gehlot announced that he will not contest the Congress presidential polls as he took moral responsibility for the political crisis in his state, and said the decision on whether he would remain CM would be taken by the party chief.

After meeting the party president, Gehlot told reporters that he apologised to Gandhi for the developments on Sunday when MLAs supporting him defied the central observers and thwarted the move to hold a meeting of party legislators.

Instead, they held a parallel meeting to pitch for Gehlot’s continuation or the guarantee that his bete noire Sachin Pilot will not replace him.

Gehlot, a three-time state chief minister, described himself as a disciplined soldier of the party and expressed his sadness over the turn of events in the state.

Asked if he will continue as chief minister, Gehlot said Gandhi will decide on the issue.

Meanwhile, senior Congress leader Digvijaya Singh, who is likely to file his nomination for the Congress president’s post on Friday, met Shashi Tharoor, who said they agreed that theirs is ”not a battle between rivals but a friendly contest” among colleagues.

Singh met the party MP from Thiruvananthapuram on Thursday after collecting nomination papers for the polls.

”Received a visit from Digvijaya Singh this afternoon. I welcome his candidacy for the Presidency of our Party,” Tharoor said in a tweet.

”We both agreed that ours is not a battle between rivals but a friendly contest among colleagues. All we both want is that whoever prevails, @incIndia will win!” he said.

Tharoor has already declared that he will file his nomination for the post of Congress president on Friday, the last day of the nomination process.

Polling for the post will take place on October 17 while the result will be announced on October 19.