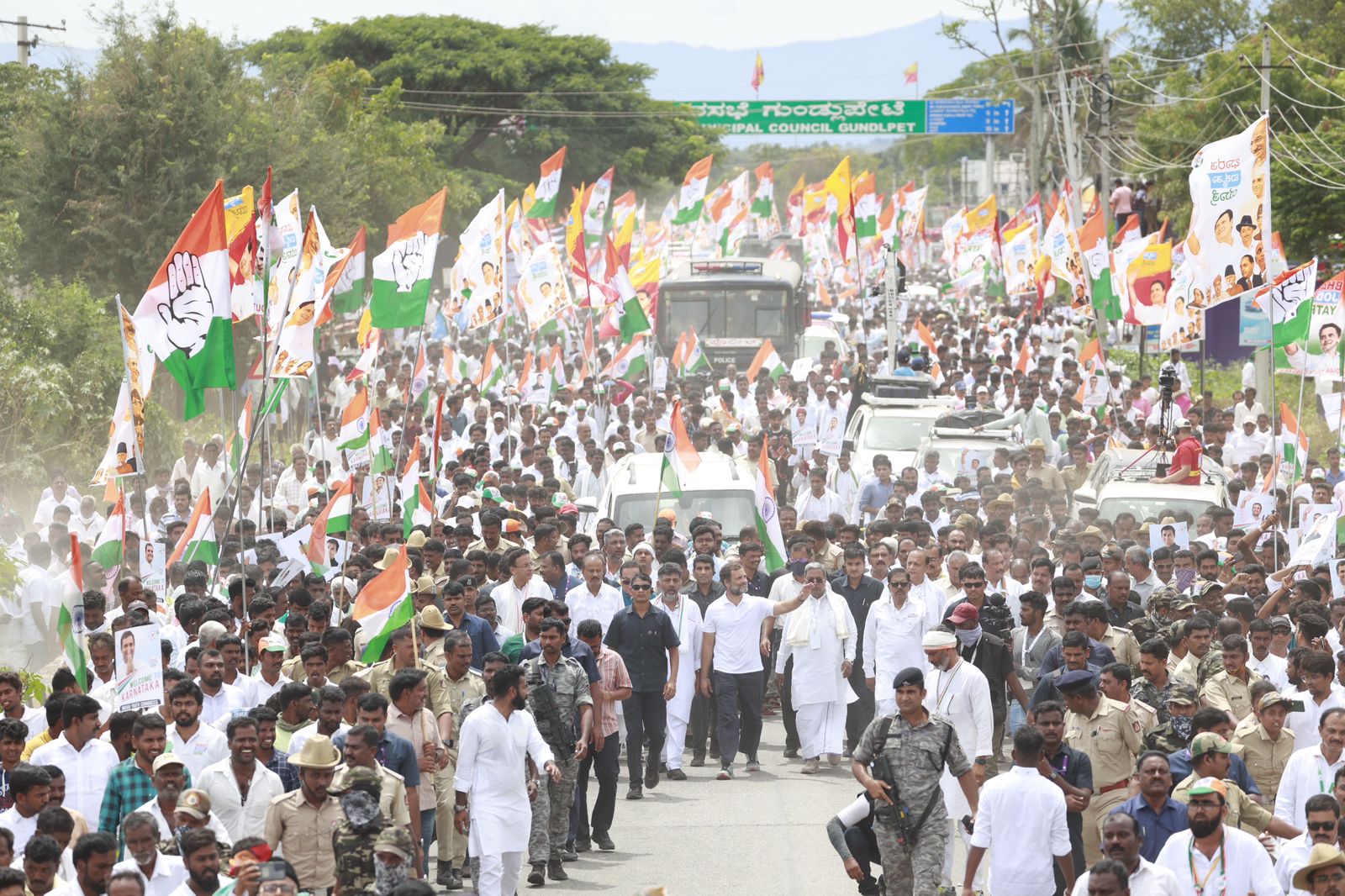 GUNDLUPET ( KARNATAKA): Congress leader Rahul Gandhi on Friday claimed that the ‘Bharat Jodo Yatra’ was the only option left with the party to reach out to the masses as all other fora for expression are shut.

“There are various institutions in democracy. There’s media and Parliament too but all these have been shut for the opposition and media doesn’t listen to us. There’s total government control. Our mics are muted in Parliament, Assemblies are not allowed to function and opposition is harassed. In this situation, the only option left with us is ‘Bharat Jodo Yata,” Gandhi said at a public meeting here.

Gandhi said no force in the country can stop this yatra because this is ‘India’s March’.

“This is India’s March and a march to hear India’s voice, which no one can suppress,” he added.

The former Congress president said in the next 21 days during which the Yatra would cover 511 km passing through various districts the “pain of Karnataka” will be heard.

“In the next 20 to 25 days, you will accompany me and you will hear the pain of Karnataka. You will hear about prevailing corruption, unemployment and price rise (in Karnataka),” Gandhi said.

According to him, the objective of the march is to “save” the Indian Constitution, and “to stand up against the BJP and RSS’ ideology of hatred and violence”.

“The objective of this Yatra is not to give speeches but to hear you,” he added.