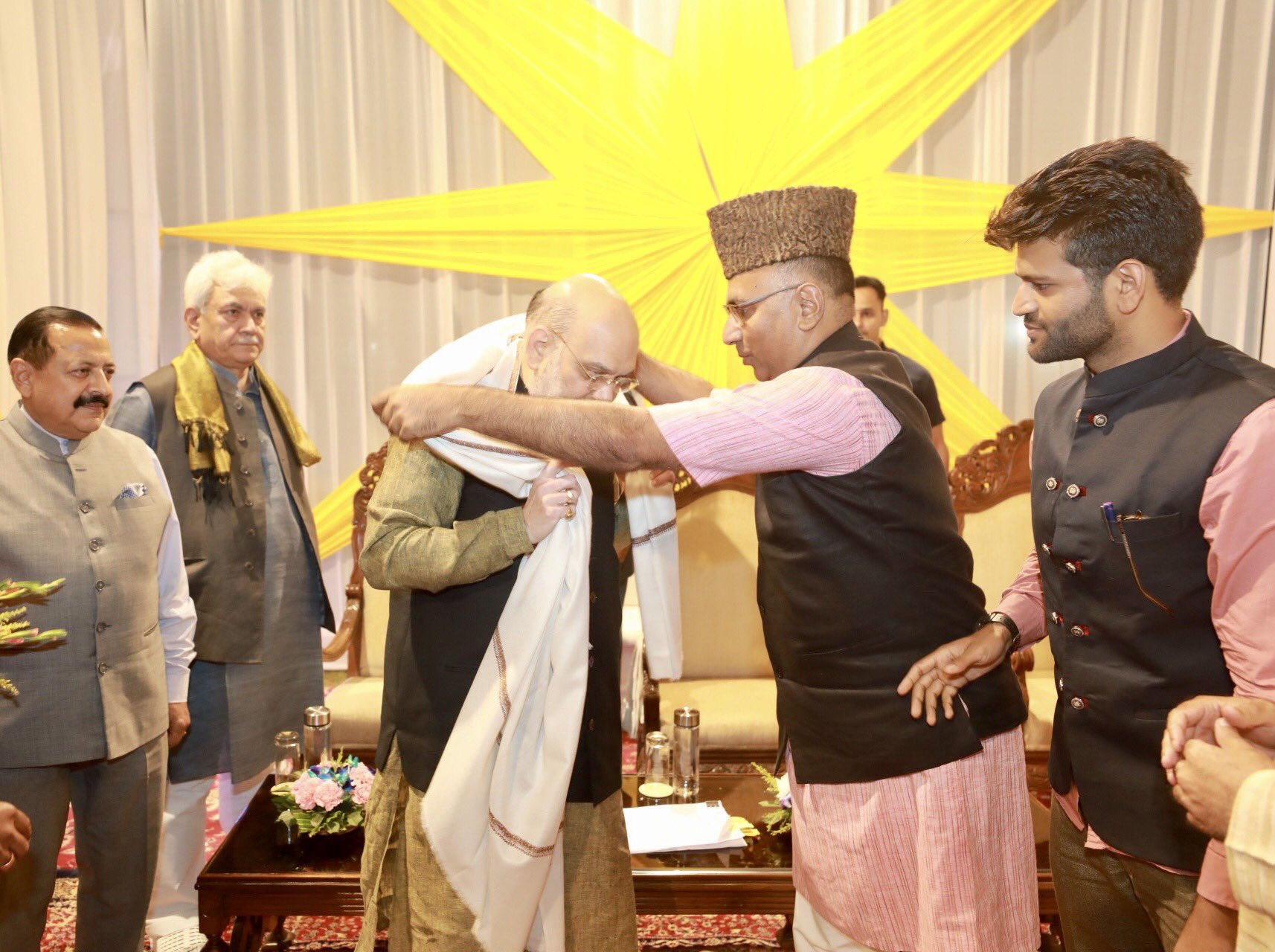 RAJOURI: Union Home Minister Amit Shah on Tuesday announced that the Gujjar, Bakerwal and Pahari communities in Jammu and Kashmir will get reservation benefits in accordance with the recommendations of the Justice Sharma Commission which examined the issue of quota.

He said this while addressing a rally organised in this town, situated at the foothills of the Pir Panjal mountain range along the Indo-Pak border.

Shah also said there will be no decline in ST quota of Gujjars and Bakerwals and Paharis and everyone will get their share.

He said the abrogation of Article 370 in 2019 has paved the way for providing reservation benefits to the deprived sections of the society in Jammu and Kashmir.

”The Justice Sharma Commission has recommended that Paharis, Bakerwal and Gujjars should be included for ST quota benefits. These recommendations have been received and soon after completion of legal procedure, Gujjars, Bakerwals and Paharis will get the reservation benefits,” he said.

The home minister said some people have tried to instigate the Gujjars and Bakerwals in the name of ST status being given to Paharis but the people have foiled their design.

There have been reports of protests by the Gujjars and Bakerwals in Jammu and Shopian in Kashmir recently against the move to grant ST status to the Paharis.

The Gujjars and Bakerwals constitute 40 per cent of the population in the border districts of Rajouri and Poonch.

Blessed to have prayed at the Mata Vaishno Devi Mandir on the auspicious day of Mahanavmi. pic.twitter.com/qTG84FMWBg

Paharis also live in the same area but they are numerically small.

The Gujjars and Bakerwals are the third largest ethnic group in Jammu and Kashmir after Kashmiris and Dogras.

Since April 1991, they have enjoyed benefits of 10 per cent quota for STs in jobs and educational institutions.

The Paharis are also seeking same benefits, which was opposed by the Gujjar and Bakarwals.

Since January 2020, the Paharis have been getting 4 per cent quota benefits in jobs and educational institutions in Jammu and Kashmir following a change of rules by the Union Territory administration.

This was also opposed by the Gujjars and Bakerwals, saying they get benefits under other categories such as OBC, EWS.

Coming down heavily on the Opposition in Jammu and Kashmir, Shah said earlier just three political families used to rule the erstwhile state, but now power is with 30,000 people who were elected to panchayats and district councils through fair elections.

Referring to the possibility of holding assembly elections, he said delimitation exercise was carried out before holding the Assembly polls in Jammu and Kashmir.

Modi had held local body polls and handed over the power to the 30,000 elected representatives of local bodies, he said.

Earlier power was with three families, 87 MLAs, 6 MPs. With abrogation of Article 35-A and 370, all downtrodden societies including Paharis in Jammu and Kashmir are getting or going to get their rights, he said.

The home minister said tribal reservation has become possible in Jammu and Kashmir only after abrogation of Article 35-A and 370.

Shah said the development of Jammu and Kashmir is Modi’s priority.

”Earlier, all money sent by the Centre for development was usurped by a few, but now everything is spent on people’s welfare,” he said.

Shah did not take names of the three families.

He also said security situation in Jammu and Kashmir is far better now than earlier due to the strong action taken against terrorists by the Modi government.

”Today’s rally is a befitting reply to those who used to say that there would be blood bath if Article 370 is abrogated,” he said.

The home minister said Modi snatched stones from the hands of stone pelters in Kashmir and handed them laptops and jobs and this has resulted an end to stone pelting.

”The decline in number of deaths of security forces shows that Jammu and Kashmir is in safe hands now,” he said, adding the Modi government has started strong drive against terrorism, stone pelters and Hurriyat conference He also appreciated the Union territory administration’s decision to announce a holiday on the occasion the birth anniversary of Maharaja Hari Singh, the erstwhile rule of Jammu and Kashmir, who signed the instrument of accession.

The home minister said on the last day of Navratri he paid obeisance at Mata Vaishnoo Devi temple and and prayed for peace in Jammu and Kashmir.

Shah also praised the people living in Rajouri and Poonch who are ”standing like rocks for security of India” and entire country salutes them.

”Paharis, Gujjars and Bakerwals always stood for country whenever there was risk on India. Mountains of Rajouri and Poonch are guardians of LoC of India,” he said.