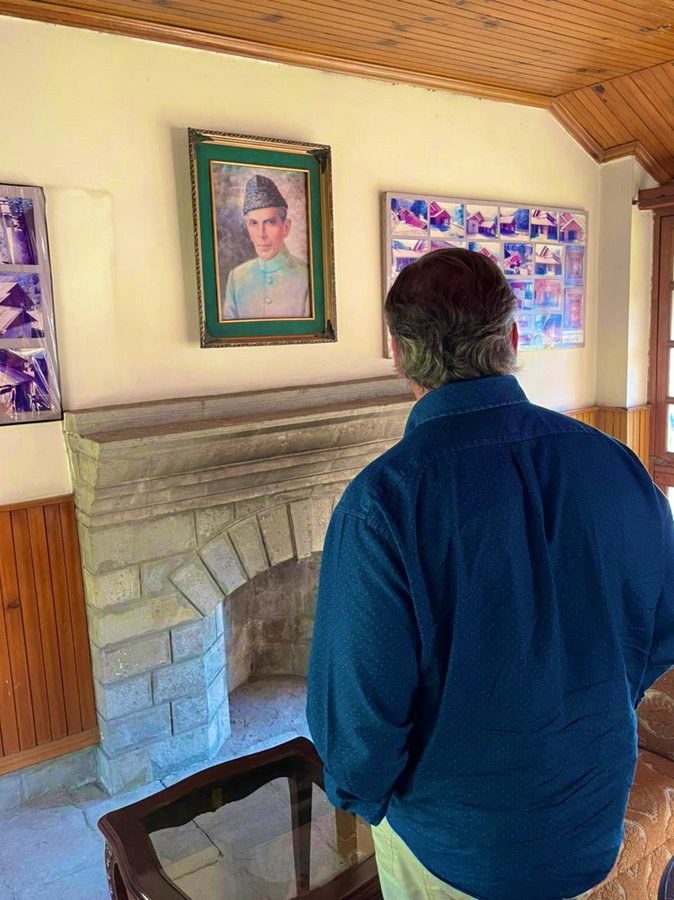 NEW DELHI: India has conveyed its objections to the US over the recent visit to Pakistan-Occupied Jammu and Kashmir by US Ambassador to Islamabad Donald Blome, the Ministry of External Affairs (MEA) said on Friday.

India also objected to the ambassador holding some meetings there. “Our objection to the visit and meetings in Pakistan-Occupied Jammu and Kashmir by the US ambassador to Pakistan has been conveyed to the US side,” MEA spokesperson Arindam Bagchi said at a media briefing. He was replying to a question on the issue.

“The Quaid-e-Azam Memorial Dak Bungalow symbolizes the cultural and historical richness of Pakistan and was famously visited by Jinnah in 1944. I’m honored to visit during my first trip to AJK.” -DB #AmbBlome #PakUSAt75 1/3 pic.twitter.com/KKIEJ17sUo

“We have noted that US representative Ilhan Omar has visited a part of the Indian union territory of Jammu and Kashmir that is currently illegally occupied by Pakistan,” Bagchi had said.
“If such a politician wishes to practice her narrow-minded politics at home, that may be her business. But violating our territorial integrity and sovereignty in its pursuit makes it ours. This visit is condemnable,” he added.

India in 1994 had passed a resolution saying PoK is part of India and Pakistan must vacate and end its illegal occupation. In July, defence minister Rajnath Singh had made a strong PoK pitch, stating it was a part of India and will continue to do so.

Addressing a rally in Jammu, Singh had invoked Sharda Peeth, which has the ruins of a temple of Hindu goddess Saraswati, also known as Sharda, located close to the Kishen Ganga river in the Neelum Valley. The site located around 150 kilometres from Muzaffarabad holds religious significance for Kashmiri Pandits.