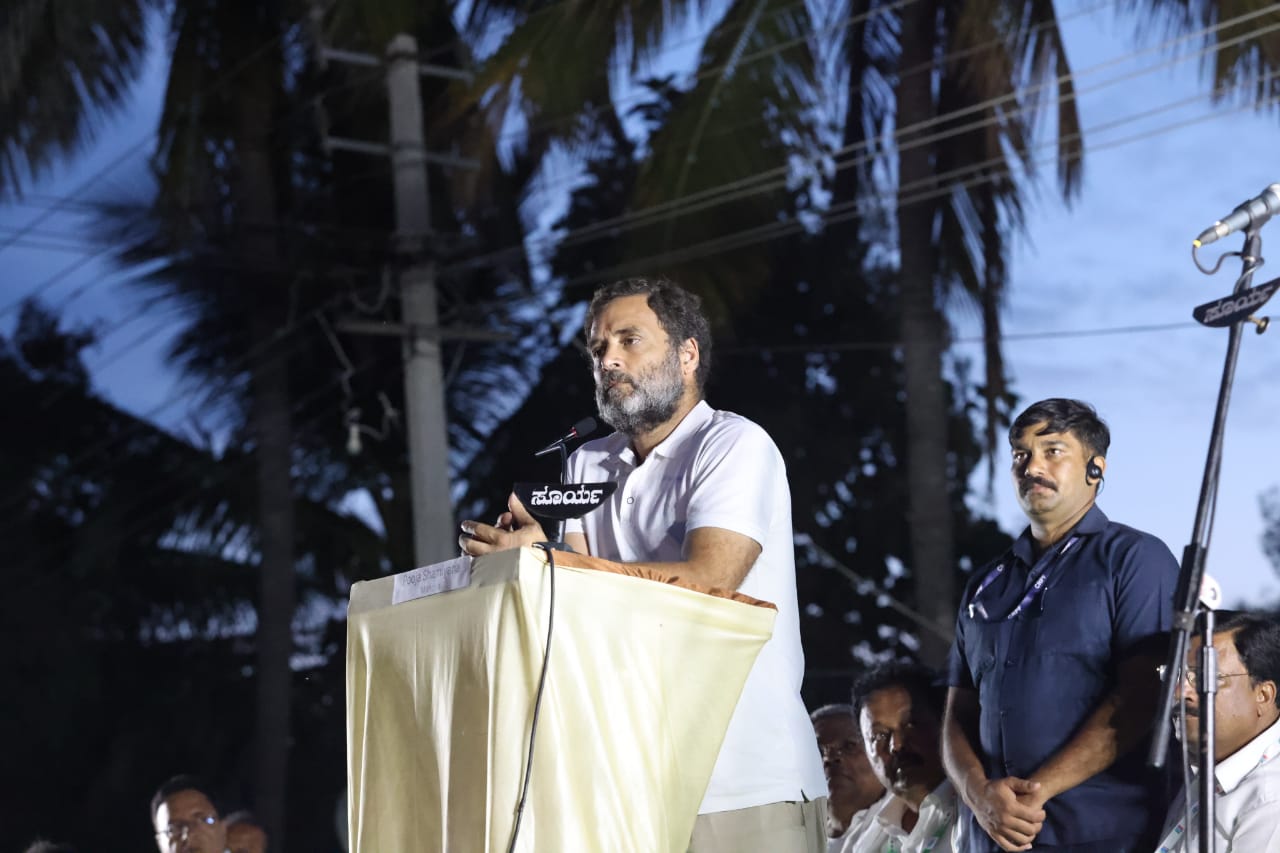 MANDYA: Congress leader Rahul Gandhi on Thursday asked the BJP government in Karnataka to convene an assembly session and implement the Justice Nagamohan Das Commission report to increase reservation for Scheduled Castes and Tribes (SCs and STs) in the state.

LIVE: Padyatra resumes for today's evening leg of #BharatJodoYatra.
Shri @RahulGandhi will walk for change along with yatris. https://t.co/4l9bgec77e

Addressing a public gathering at Brahmha Devarahalli village in this district during the Karnataka leg of Bharat Jodo Yatra, he alleged that the Centre’s now-repealed three farm laws are still there in Karnataka and they are designed to create thousands of widows in the state.

He also said that there are “two Indias” being created by the ruling BJP where farmers are being forced to take loan at 24 per cent interest and rich industrialists are getting it at only six per cent.

“The BJP government has not acted on the (Justice Das Commission) report for over two years. They should call an assembly session and implement the report immediately,” Gandhi said amid cheers in the crowds.

He said the love of people was giving him energy to walk from morning to evening for over eight hours everyday to help unite the country that was being “divided by the BJP on religious and communal lines”.

After an eventful day the #BharatJodoYatra comes to a halt.
Shri @RahulGandhi addressed supporters and yatris at Brahmha Devara Halli Village, Mandya. pic.twitter.com/c5jrr21Ifa

Gandhi said a family, whose members fight with each other, can never succeed, and “that family is on a path to destruction”.

The former Congress chief said as part of the Bharat Jodo Yatra, people from all walks of life are coming together irrespective of caste, region, religion or community.

“If a person makes one Indian brother fight with another, he is working against the country, and that is the idea behind the Bharat Jodo Yatra. We will not tolerate hatred and violence being spread in this great country of ours,” he said.

Remembering the tradition of Basavaraja, who taught not to kill anyone and respect all, the Wayanad MP said he is learning this tradition from the people of Karnataka.

Talking about farmer suicides, he said, “What sort of the country is this, where the richest people can borrow at 6 per cent and the farmers are forced to borrow at 24 per cent.

“I think the three farm laws are still present in Karnataka, the laws that are designed to create thousands and thousands of widows in the state. Thousands of women’s husbands will walk into the fields without warning and never come back. That is going to be the impact of these laws,” he said.

In this article:Karnataka, Rahul Gandhi, Reservation for SCs, STs