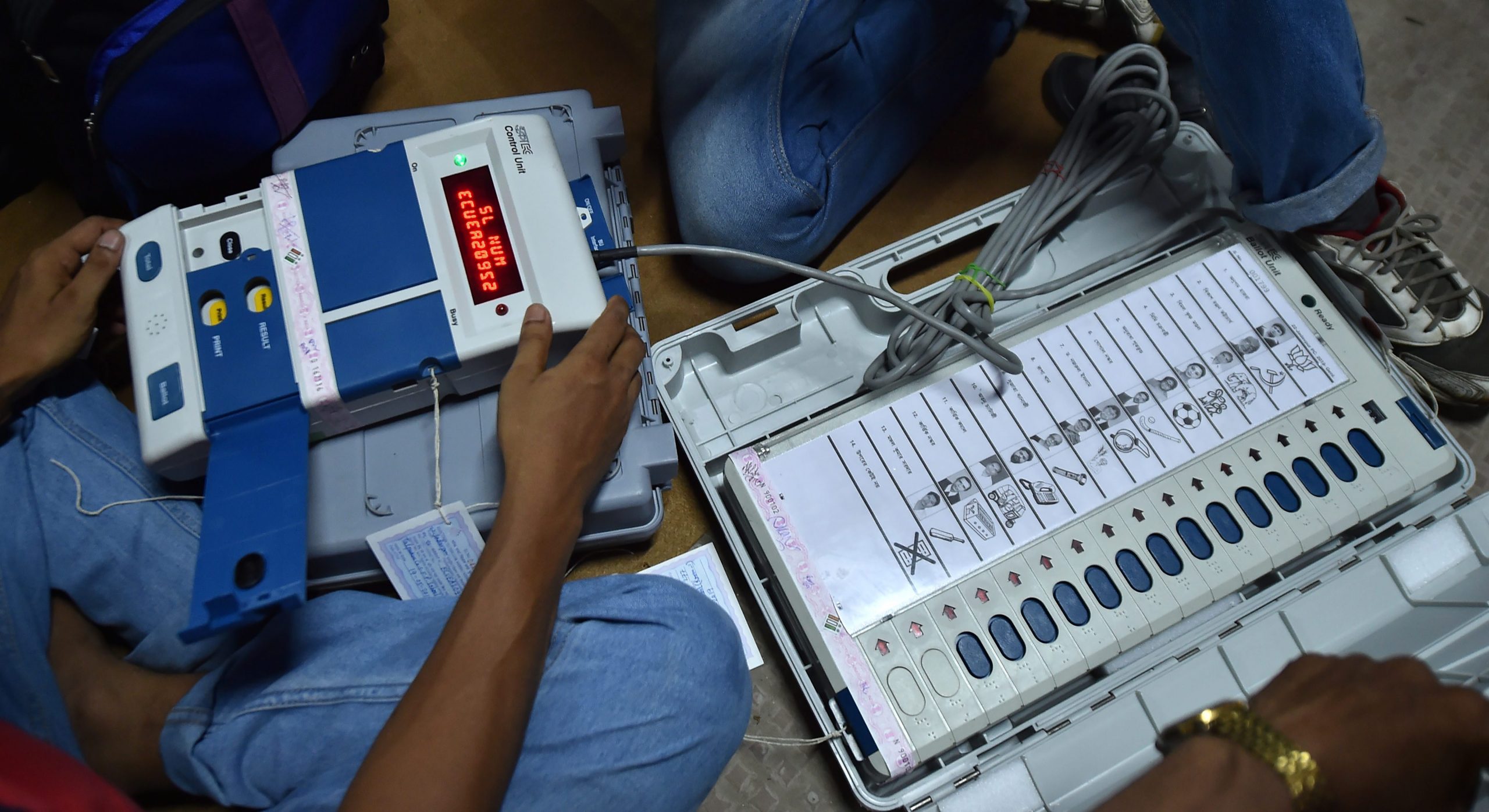 Kolkata: Polling officials check voting materials before leaving their polling booth at a distribution centre ahead of the seventh and last phase of Lok Sabha polls, in Kolkata, Saturday, May 18, 2019. (PTI Photo/Swapan Mahapatra)(PTI5_18_2019_000097B)

NEW DELHI: The BJP on Sunday announced its candidates for by-elections to Mokama and Gopalganj assembly seats in Bihar, which would be the first test of strength for the party against the ruling seven-party “Mahagathbandhan”.

According to a communication issued by the party’s national general secretary Arun Singh, the Gopalganj candidate will be Kusum Devi, wife of party MLA Subhash Singh whose recent death necessitated the by-poll.

Singh, who was serving his fourth term from the seat, died on August 16, exactly a week after Chief Minister Nitish Kumar’s volte-face stripped his party of power.

His wife is expected to cash in on the sympathy wave generated in favour of the 59-year-old leader who lost his life to complications arising out of a kidney transplant.

In Mokama, where the by-poll has been necessitated by the disqualification of four-term MLA Anant Kumar Singh, the BJP seems to have factored in muscle power as well as caste equations in giving ticket to a greenhorn, Sonam Devi.

Sonam Devi is married to Nalini Ranjan Singh alias Lalan Singh, a local toughie who has been at loggerheads with fellow Bhumihar Anant Singh, one of the most dreaded gangsters turned politicians spawned by Bihar’s badlands.

Her candidature has been announced just a day after her husband quit the Chief Minister’s JD(U) which he had joined ahead of the 2020 assembly polls, hoping for a party ticket and had been sulking ever since being overlooked.

Notably, this would be the first occasion for the BJP in more than two decades to contest the seat where it has chosen to support its allies like JD(U) and LJP. The last time the party had entered the fray there was in 1995 when it was not a force to reckon with in Bihar.

Anant Singh, whose elder brother Dilip Singh had won the seat more than once in the 1990s and served as a minister in the governments of Lalu Prasad and Rabri Devi, did a hat-trick from Mokama for JD(U) until parting ways with Nitish Kumar in 2015 when he retained his constituency as an Independent.

Anant Singh, who was recently convicted in two cases relating to recovery of arms and explosives from his residences in the state capital and at Mokama, retained the seat in 2020 on a ticket of the RJD, the party with which Nitish Kumar’s truck had led him to revolt five years earlier.

His wife Neelam Devi is lobbying for an RJD ticket, though the ruling alliance, which includes JD(U), Congress and three Left parties, is yet to decide on which party will contest the two by-polls.

The last date for filing nomination papers for the two seats is October 14.

In this article:Assembly seats, Bihar, BJP