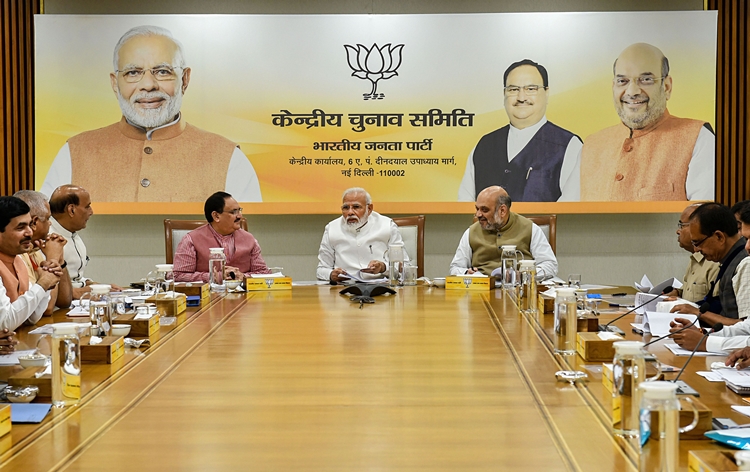 NEW DELHI: BJP president J P Nadda is likely to continue at the helm at least till the 2024 Lok Sabha polls as the party top brass believes that a sense of organisational continuity will help it in a string of key assembly polls in the coming months before the general election.

Nadda’s three-year term will end in January next year, and the BJP parliamentary board, its apex body, is expected to endorse an extension for him before that, sources said.

With organisational polls in BJP state units yet to start, it is obvious that he will continue at the helm, they noted.

The party rules stipulate that organisational polls should be over in at least half of its state units before the election of its national president.

His predecessor Amit Shah also got an extension as the party wanted him to continue during the 2019 Lok Sabha elections.

It was only after the parliamentary elections were over that the organisational polls began and Nadda was elected unopposed with Shah joining the Union Cabinet during Narendra Modi’s second stint as the prime minister.

A Modi confidant who also shares warm ties with the Rashtriya Swayamsevak Sangh leadership, he is seen to have maintained the organisational momentum and dynamism that the BJP was infused with under his predecessor.

The low-key and affable personality of the Himachal Pradesh leader (61) is seen as an asset in terms of the BJP’s organisational functioning and coordination that requires navigating a fresh set of challenges every now and then, with the state poll cycle always on the move, party sources said.

With the prime minister keenly invested in the BJP’s organisational functioning and Shah also playing a critical role, especially in some of the more politically crucial states, Nadda is credited for driving the coordination and implementing strategies for its expansion, they added.

The BJP has notched up several important poll successes with Nadda at the helm, including retaining power in states like Uttar Pradesh and Uttarakhand and putting up an impressive show in Bihar.

The big loss in West Bengal last year was, however, a low, while it has emerged as a strong force in Telangana.