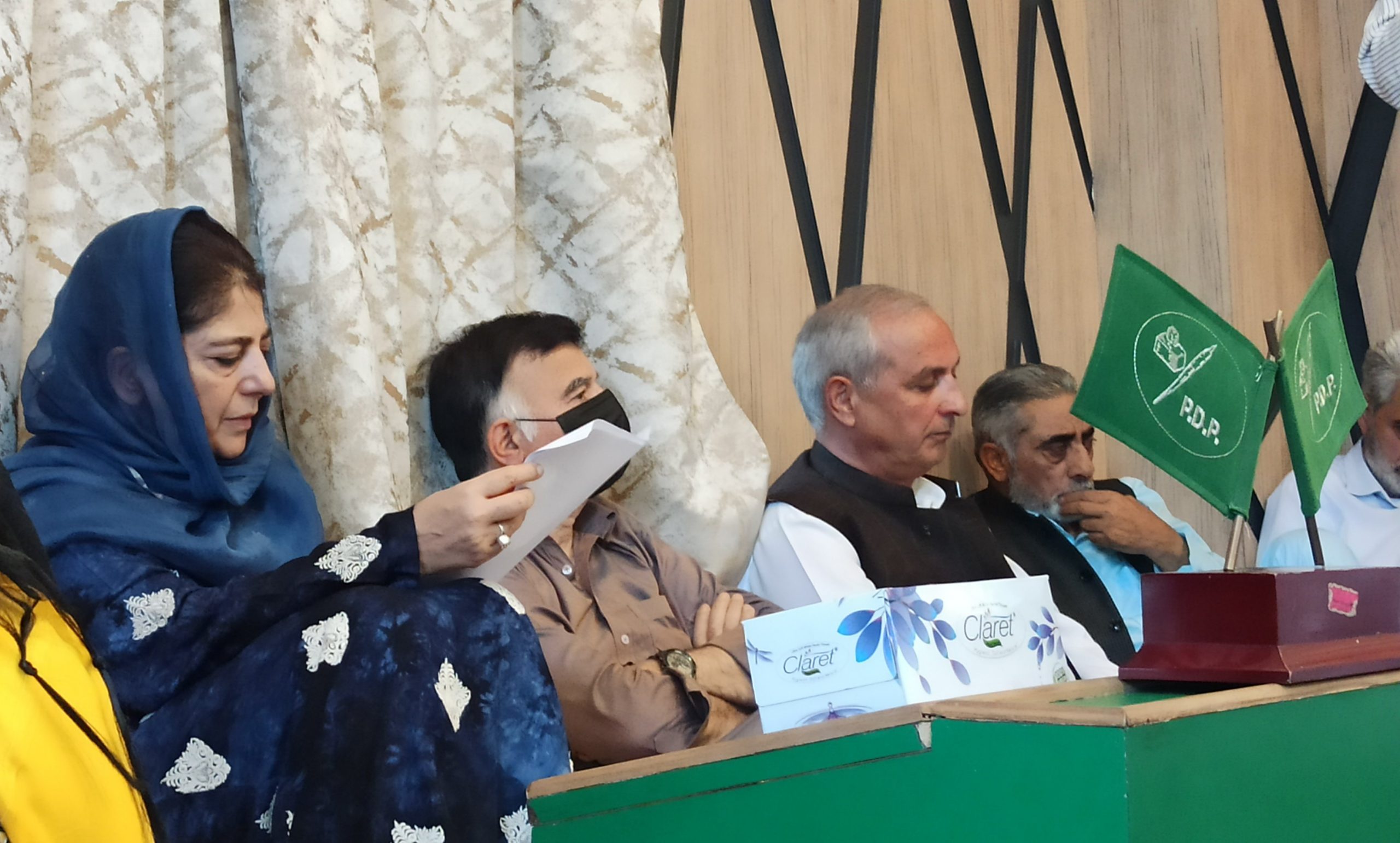 JAMMU: PDP president Mehbooba Mufti on Sunday lauded Congress leader Rahul Gandhi for his ‘Bharat Jodo Yatra’ and said the people need to support him as he is fighting to safeguard the country and its democratic institutions from the onslaught of the BJP.

The former Jammu and Kashmir chief minister also questioned the criteria for the selection of BJP leaders’ kins to head various sports streams and asked ”does (home minister Amit Shah’s son) Jay Shah know how to hold a bat?” Addressing a party convention here, she said Rahul Gandhi is being targeted by the BJP because he is from the Gandhi family which has a history of sacrifice for the country.

”They are defaming Pandit Jawahar Lal Nehru who played a key role in the freedom struggle, went to jail and laid the foundations of a strong India. They describe his grand grand grandson Rahul Gandhi as ‘Shahzada’ (prince) because he is on the road (for Bharat Jodo Yatra), braving inclement weather, to unite and safeguard the country and its democratic institutions,” Mehbooba said.

Accusing the BJP of being afraid of secularism and democracy, she alleged that it has divided the country in the name of religion and regions for its vested political interests.

Listing people from political families who are members of the BJP, she said the different between Gandhi and the BJP dynasts is that his family had a long contribution for the nation as Nehru was jailed for over a decade during the freedom struggle, while his grandmother Indira Gandhi and father Rajiv Gandhi sacrificed their lives for the country.

”Tell me the name of one BJP leader who went to jail for freedom of the country, leave aside sacrificing his life…You went to Balakote (in Pakistan) and used it to won the 2019 (parliamentary) elections,” she said, referring to the Air Force strike across the border in response to the Pulwama terror attack in February 2019.

She accused the BJP of being the ”most corrupt party” in the country.

“…If there is any corrupt party on the face of earth, it is BJP. How did it become the richest party in the past eight years?” the PDP leader said, accusing the party of using money power to bring down elected governments.

”People are electing their representatives and the government. They are buying each MLAs for Rs 50 crore after the Enforcement Directorate, CBI, NIA and Corruption bureau fail to deliver in accordance with their plan,” she alleged.

However, Mehbooba said, the people need to stand up and strengthen all those who can safeguard the country and its democratic institutions.