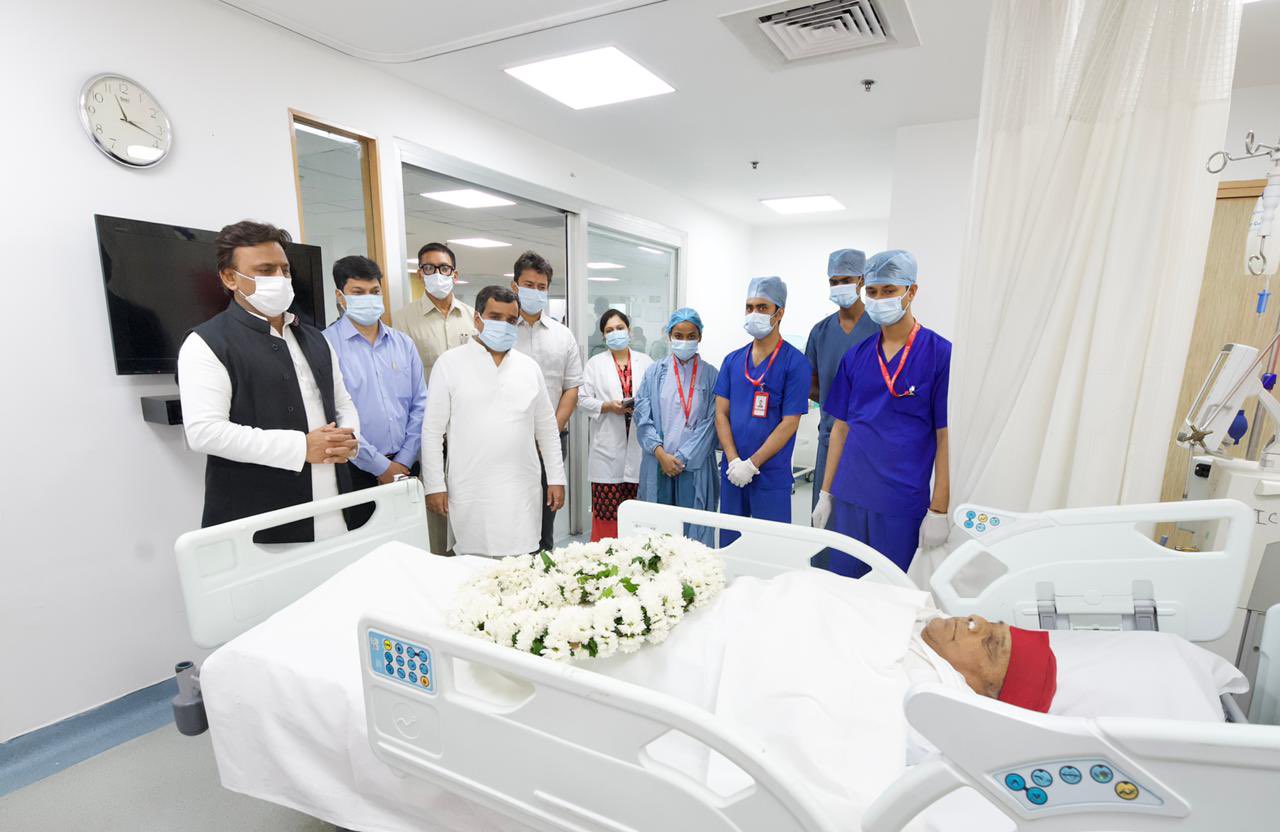 NEW DELHI: Mulayam Singh Yadav, a veteran Indian politician and three-time chief minister of the country’s most populous state, died on Monday after over six weeks in hospital, his son said.

Yadav, who was 82, entered politics in his 20s, rising to become chief minister of northern Uttar Pradesh state in 1989. The state sends the highest number of lawmakers to the lower house of parliament and a strong showing in Uttar Pradesh is essential for any party or coalition to win power at the federal level.

Fondly called “Netaji”, or respected leader, by his supporters, Yadav became Uttar Pradesh’s chief minister for the second time in 1993, a year after a Hindu right-wing mob demolished the 16th century Babri Mosque in the town of Ayodhya, triggering nationwide violence. He and his Samajwadi Party emerged as advocates for Muslims, who make up a sizeable minority in Uttar Pradesh.

Yadav also served as India’s federal defence minister in a coalition government between 1996 and 1998. He was chief minister of Uttar Pradesh for a third time from 2003 to 2007. In recent years, he handed over the leadership of the party to his son, Akhilesh Yadav, although he remained a senior leader and a member of the national parliament.

“My respected father and your ‘Netaji’ is no more,” Akhilesh Yadav said in a tweet from the Samajwadi Party’s official account. The Samajwadi Party, which last held power in the state between 2012 and 2017 with Akhilesh Yadav as chief minister, has come under pressure from India’s ruling Bharatiya Janata Party that has swept two consecutive state elections since then.

“With Mulayam gone there will be a void and keeping the party and family united will be a difficult task for his son,” said Rajani Ranjan Jha, former professor and head of the political science department at Banaras Hindu University.