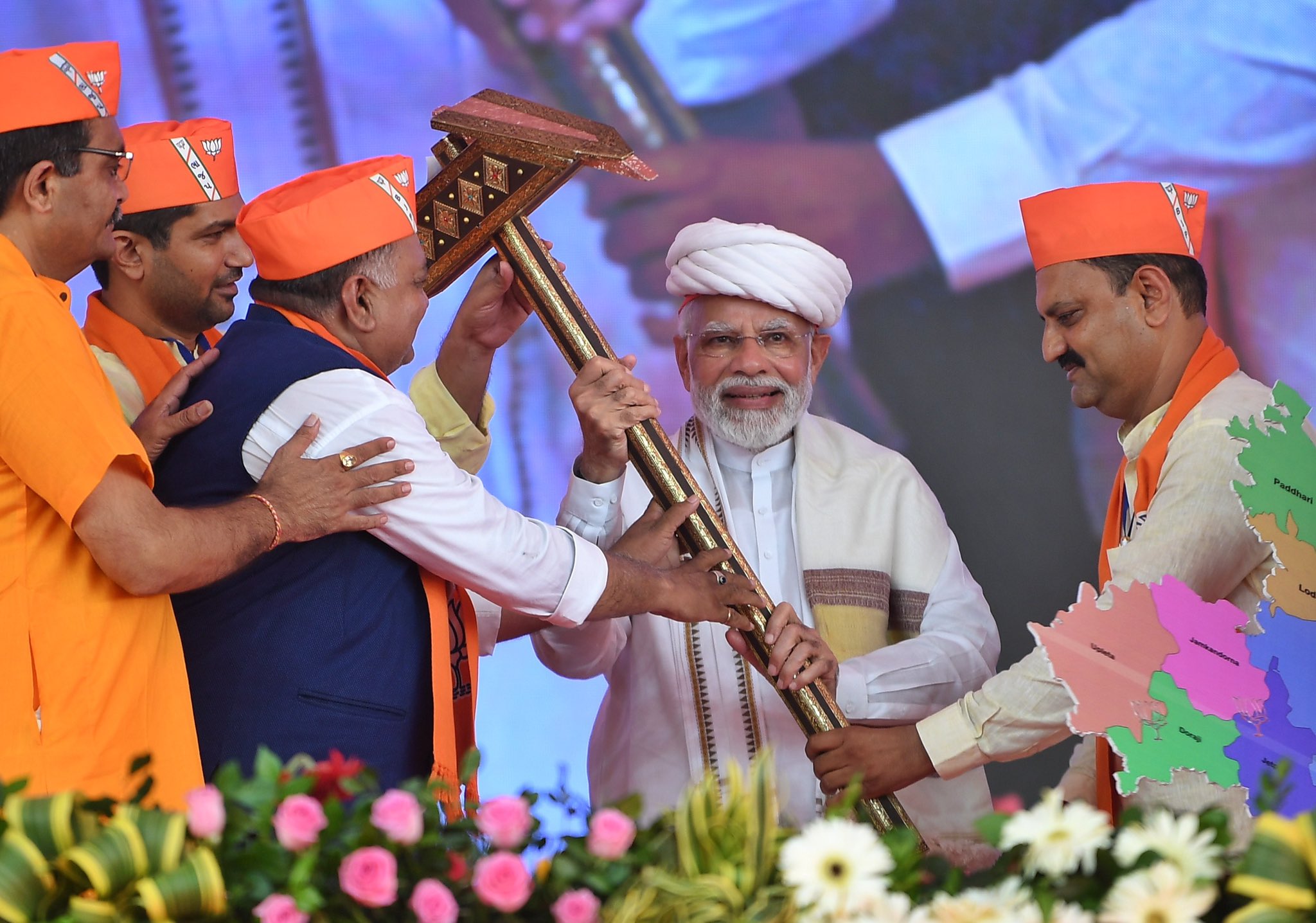 JAMKANDORNA: Prime Minister Narendra Modi on Tuesday said the Congress has outsourced the contract of abusing him and it is working ”silently” to capture rural votes. Addressing a rally in Jamkandorna town of Rajkot district in the Bharatiya Janata Party (BJP) -ruled Gujarat ahead of the state Assembly polls due this year-end, Modi warned BJP workers and supporters to be aware of the opposition Congress.

“In the last 20 years, those who were against Gujarat left no stone unturned to defame the state. They hurled choicest abuses against me, including calling me ‘maut ka saudagar’,” the prime minister said.

“They have suddenly gone silent. They have outsourced the contract of creating ruckus, making noise and abusing me, to others. They are silently going to villages and asking people for votes,” Modi said, without naming the Aam Aadmi Party (AAP), the new entrant to Gujarat poll fray.

“I should warn you against this silent strategy of the opposition party. I know this as this is being controlled by those who are known to conspire against Gujarat from Delhi,” the PM said.

Targeting the opposition, Modi said when the Indian government makes a move against corruption, ”an entire group shouts against us”, and begins to defame government institutions. ”Why don’t you give a straight reply to the allegations levelled against you. You will have to pay back whatever you have looted from the public. Shouldn’t I continue to work despite criticism? I have your full blessings,” he said.

Modi told the BJP workers and supporters to ask Congress leaders if they visited the world’s tallest Statue of Unity, built in Gujarat in the honour of India’s first home minister Sardar Vallabhbhai Patel, who hailed from the state.

People from all over the world visit the grand Statue of Unity barring one group of people, he said.

”If you find any Congress worker near your village, ask him whether he went to the Statue of Unity even once? Even if some of them went, they would have done so secretly so that others do not know about this,” he said.

”Those who do not respect the son of soil cannot be accepted in Gujarat,” Modi said.

In an apparent response to critics of the ‘Gujarat model’, Modi said today the state and development have become synonymous with each other. Whichever sector one may look at, talks of development of Gujarat can be backed by figures.

He recalled days when people had to struggle for water and electricity, and the law and order situation was bad. In 20 years of the BJP rule, all this has changed, the PM said. He said in two decades of BJP rule, sectors such as education, healthcare and industry have seen a massive growth. Had Gujarat not developed so much in the last 20 years, there would have been a question mark on the future of youth of the state. ”It is the hard work of 20 years that the future of our youth is moving ahead with development and trust,” he said.

The prime minister said this is just the beginning and his dream is to take Gujarat to new heights in another 25 years.

As Modi completes 21 years of heading governments in Gujarat and at the Centre, he recalled the journey started from Rajkot. He won his first election as an MLA from Rajkot (west) seat in 2002.

”I can say with my long experience that months and years have passed, but Gujarat continues to achieve new heights and behind this is not just the government and Narendra-Bhupendra (CM Bhupendra Patel), but the hard work of friends like you,” he said.

Modi also remembered socialist icon Jayaprakash Narayan and Jana Sangh leader Nanaji Deshmukh on their birth anniversary on Tuesday. He said Deshmukh’s ideals continue to inspire him, and he is trying to complete Narayan’s task to make India corruption-free.