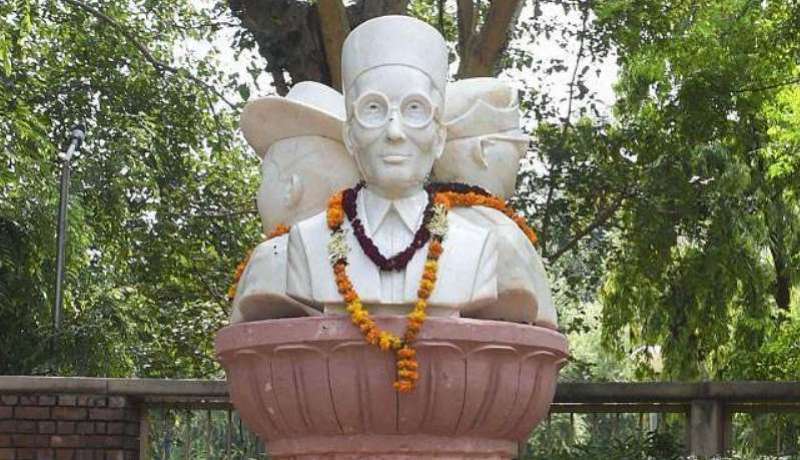 MUMBAI: The Uddhav Thackeray-led Shiv Sena on Wednesday slammed the Congress as well as the Bharatiya Janata Party (BJP) on the recent controversy over freedom fighter V D Savarkar, and said the two parties have trivialised the issue.

It said both the parties need to study Savarkar’s political, social, scientific and economic thoughts.

Last week, Congress leader Rahul Gandhi, during his Bharat Jodo Yatra, had claimed that Savarkar used to get a stipend from the British and asserted that it was a historical fact. Reacting sharply, Maharashtra Deputy Chief Minister Devendra Fadnavis had said Gandhi doesn’t know the history of India and of his party. Fadnavis also targeted Uddhav Thackeray and asked whether the Shiv Sena leader supports such a statement against Savarkar.

In the party mouthpiece ‘Saamana’, the Sena said the Congress and the BJP have trivialised the issue of Savarkar. Savarkar, a Hindutva ideologue, is a highly polarised figure in modern Indian history. He is a revered figure for both the Shiv Sena and the BJP.

The Shiv Sena said despite being in power since the last eight years, the BJP has not awarded Savarkar with Bharat Ratna, a demand it has been making for years.

”…Whenever the demand of giving Bharat Ratna to Savarkar arises, it (the BJP) hides its face. For the BJP, the issue of Savarkar is just for rumination,” the editorial said.

It also asked why did the Modi government not rechristen the Rajpath after Veer Savarkar – the name has been changed from Rajpath to Kartayvapath. The party said Gandhi’s comments on Savarkar may be new, but they are certainly shocking.

For years, the Congress has been claiming that Savarkar came out of jail in Andaman after his mercy petitions, the party said.

The Congress could have a separate thinking about the role of revolutionaries in the freedom struggle, but the British were taken aback by the revolt by many revolutionaries like Savarkar, the Sena said.