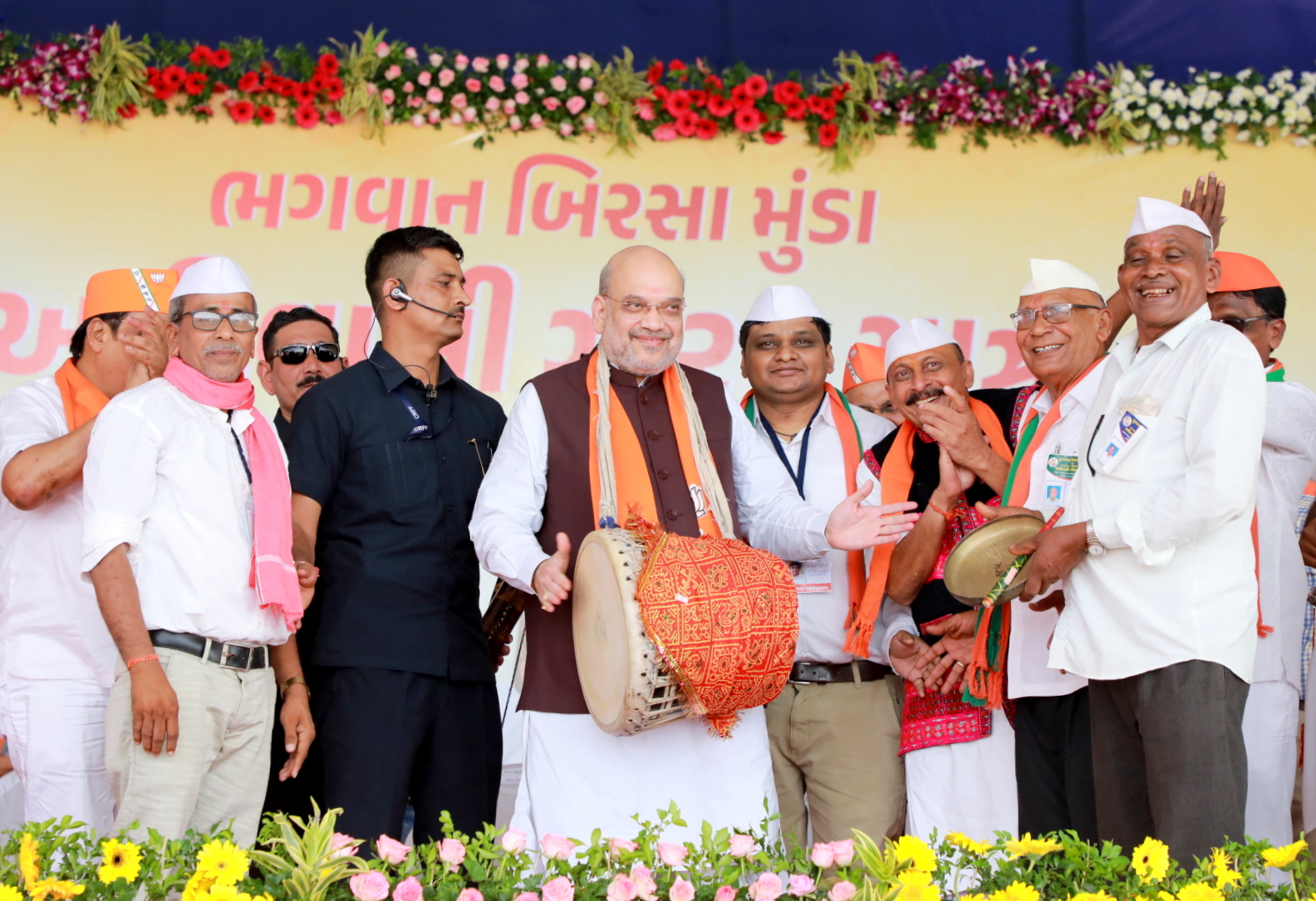 AHMEDABAD: Union Home Minister Amit Shah said Non Resident Gujaratis (NRGs) have played a big role in the repeated victory of the Bharatiya Janata Party (BJP) in Gujarat and appealed to them to become messengers to spread the message of the party and Prime Minister Narendra Modi in the state’s villages.

Virtually addressing a gathering of NRGs at the launch of the three-day ‘Pravasi Gujarati Parv 2022’, Shah said wherever Gujaratis have settled they have made those nations proud and have contributed to the development of not just the country but the entire world.

“From 1990, whenever elections were held, the people of Gujarat have made BJP win. NRGs have played a big role in this victory. I know your message is of great importance in your village,” Shah said in his video message.

“The BJP government has worked to develop Gujarat, and Narendrabhai has given global identity to Gujarat. Let us all continue this journey. In the 2022 election, I appeal to you to spread the message of BJP and Narendrabhai and the development of the country to the villages by becoming the ambassadors of the BJP,” Shah said.

Shah said Modi as Gujarat chief minister gave a new direction to development and worked to raise the trust that electoral politics was possible without the evils of dynasty, casteism and appeasement.

Modi showed how to convert crisis into opportunity, how to improve law and order and make the state curfew-free with zero tolerance towards terrorism and showcase our cultural heritage before the world without reluctance.

“When Modi became chief minister of Gujarat, a large part of the country had lost trust in the democratic system. Many areas remained underdeveloped, and many felt the democratic system was not for them. Modi realised the dream of the welfare state of the makers of our Constitution,” he said.

Shah said Modi understood the state should be for the welfare of everyone, especially the poorest of the poor and worked towards it, adding that the PM’s achievements included ensuring vaccination for all and provision of free grains to the poor during the COVID-19 pandemic.

“He introduced the politics of performance. Those who will perform will be elected by the public. Today all dynastic parties are getting defeated by the BJP. Casteism was also removed and it was evident from the victory of BJP for the second time in Uttar Pradesh,” Shah claimed.

Hailing Gujarat as the biggest example of zero tolerance towards terrorism, Shah also attacked the Congress and other “so-called secular parties” for not showcasing the state’s cultural heritage.

“Modi gifted the Gita to world leaders who came to meet him. He also ensured the Ram Janmabhoomi dispute was resolved peacefully, constitutionally and without any violence. Before 2024, we will all see a towering Ram Mandir,” the Union minister asserted.

He hailed the PM for India becoming the fifth largest economy in the world, in the process “becoming a bigger economy than those who ruled us (United Kingdom)”.

Under the prime minister, the country was doing robustly in foreign direct investment (FDI), exports, start-ups, opening bank accounts for direct benefit transfer to the poor, which had made India the favourite spot for investors.

India was now moving ahead to become the manufacturing hub of the world, whereas the United Progressive Alliance government of Congress’ Sonia Gandhi and Manmohan Singh was afflicted with policy paralysis, Shah claimed.

While terrorists struck routinely under Congress rule, violation of India’s borders was not possible today as it would be met with punishing air and surgical strikes, Shah said.

“As a Gujarati I am also proud Gujarat has launched a change in the country. Gujarat has worked to lay the plinth of holistic development in the country, which is moving ahead under Modi’s leadership,” he said.

The three-day ‘Pravasi Gujarati Parv 2022’ has been organised by TV9 Network and AIANA.