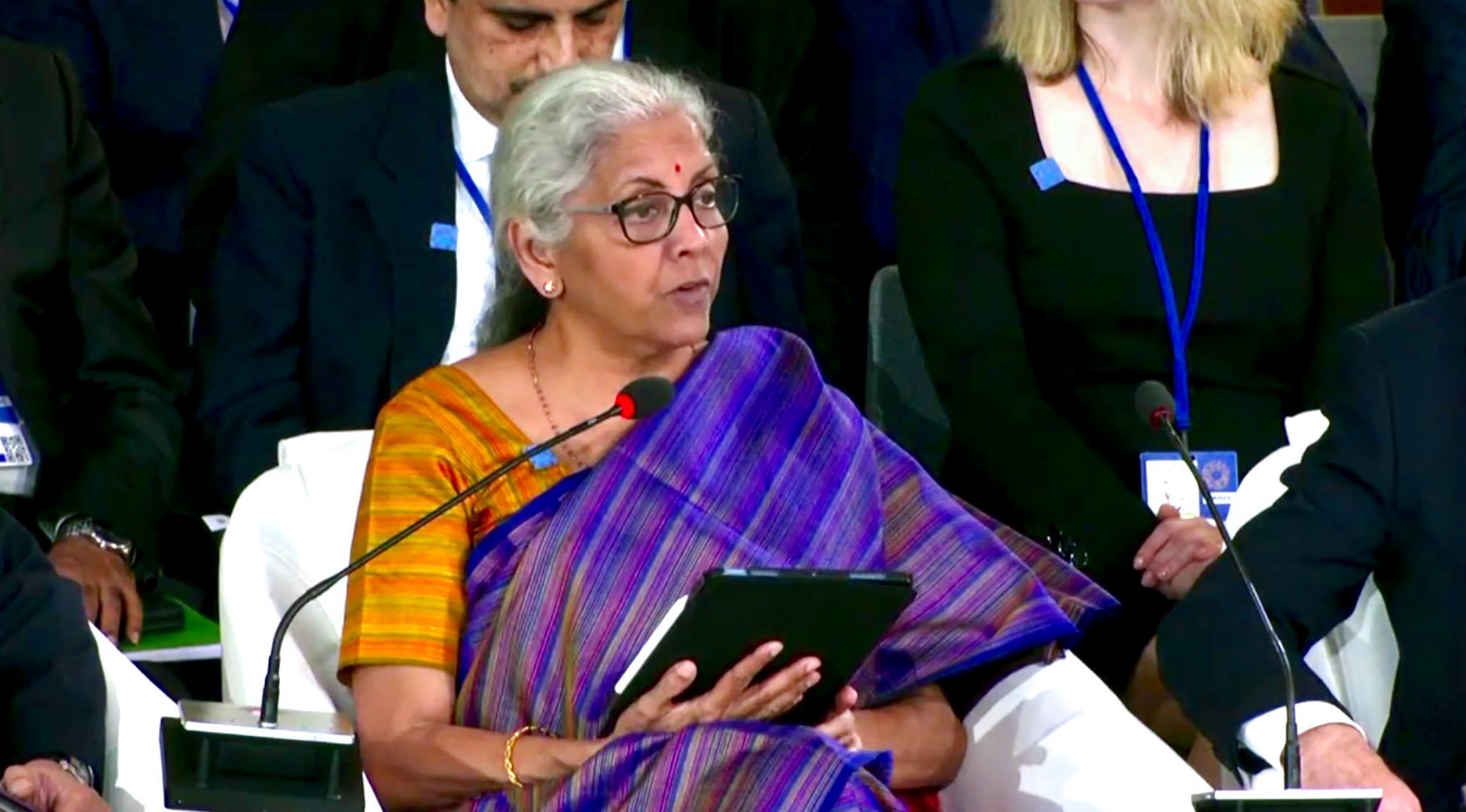 WASGINGTON: India’s Finance Minister Nirmala Sitharaman has said that the rupee has not weakened but it is the dollar that has strengthened, as she defended the 8 per cent slide in the value of Indian currency against the greenback this year.

Speaking to reporters after attending the annual meetings of the International Monetary Fund (IMF) and the World Bank, she asserted that the fundamentals of the Indian economy were strong and that inflation was low compared to other parts of the world.

All other currencies around the world are performing against a strengthening dollar, she said.

“And I’m not talking technicalities, but it is a matter of fact that India’s rupee probably has withstood this dollar rate going up, the exchange rate in favour of dollar strengthening is there and I think Indian rupee has performed much better than many other emerging market currencies.”

The rupee settled at 82.35 against the US dollar on Friday, having touched another record low of 82.68 on Monday after which the Reserve Bank of India (RBI) is likely to have intervened. Some analysts say the central bank may have spent nearly USD 100 billion in the past year to defend the rupee.

India’s forex reserves stood at USD 532.87 billion in the week through October 7, a far cry from USD 642.45 billion seen a year back. The RBI as well as Sitharaman have in the past attributed the decline in the forex reserves to valuation changes arising from appreciating US dollar.

Sitharaman on Saturday evening said the RBI efforts aimed at only curbing excess volatility and its intervention in the market are not to fix the value of the rupee.

“I think efforts by the RBI (are) more towards maintaining a certain… more towards seeing (that) there is not too much of volatility,” she said. “It is not to intervene in the market to fix the value of the rupee. So, containing the volatility is the only exercise that RBI is involved in. And I have said this before, the rupee will find its own level.”

The Finance Minister said inflation in India is at a manageable level.

“The fundamentals of the Indian economy are good, macroeconomic fundamentals are good. The foreign exchange reserve is good. This is what I keep repeating that inflation is also at a manageable level,” she said.

India’s consumer price index (CPI) inflation in September rose to a five-month high of 7.41 per cent from 7 per cent recorded in the previous month, with the print remaining well above the upper tolerance level of RBI’s inflation targeting framework for the ninth consecutive month.

Responding to questions, Sitharaman, who also held 24 bilateral and about a dozen multilateral meetings on the sidelines of the IMF and the World Bank meetings, said that she would love to bring the inflation further below six per cent, and the government is making efforts for it.

Referring to the fact that several countries in the world like Turkey are facing double digit inflation, she said countries are being very severely impacted through external factors.

“So, we have to be conscious of the position that we are in compared to the rest of the world. I’m not asking for celebration but it is true that we are holding together. And I’m very conscious particularly of the fiscal deficit.”

She said the government is keeping a watch on the growing trade deficit to check if there is a disproportionate increase in the gap against any one country.

“Trade deficit is actually growing,” she said. “It is growing across the board, meaning we are importing a lot more than exporting. And the net is definitely going against us. But, we’re also keeping a watch as to if there’s a disproportionate increase against any one country.”

She was responding to a question on the increase in trade deficit against China to nearly USD 87 billion.

“Equally, if you look into the items that are imported, they are less of final consumption goods and more of intermediaries. And when I say more of raw materials and intermediate goods, it’s also got potential for value addition and exports,” Sitharaman said.

“So, I wouldn’t want to immediately get anxious about this net deficit, meaning imports being far higher than exports, because I think carefully if you look at it, the kind of imports that are happening are very essential, also for our industrial activity and for our value addition for exports purposes.