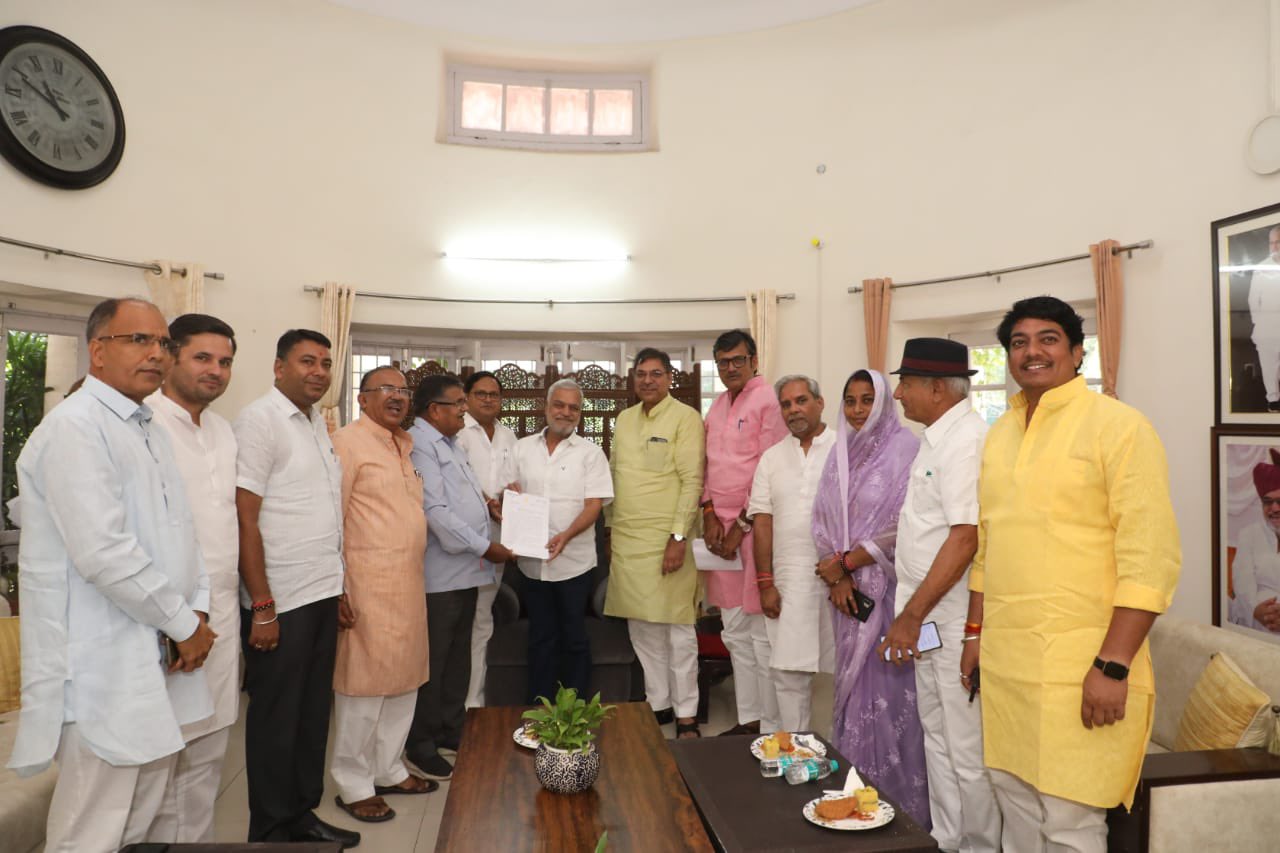 JAIPUR: The Opposition BJP in Rajasthan on Tuesday requested Assemby Speaker CP Joshi to accept the resignation of Congress MLAs and ministers which they had submitted last month over their party high command’s probable move to make Sachin Pilot the chief minister.

A delegation led by the Leader of Opposition Gulab Chand Kataria handed over a representation to the Speaker at his residence.

If the resignations are not accepted, Kataria said the Congress MLAs should withdraw them and apologise to the people.

According to Kataria, 91 Congress MLAs, including ministers, had submitted their resignation to the Speaker on September 25 after they boycotted the legislature party meeting and held a parallel meeting at Parliamentary Affairs Minister Shanti Dhariwal’s residence.

Kataria said three weeks have passed since then and the resignation letters are under the Speaker’s consideration.

“The BJP Legislature Party requests you to accept the resignation letters of the MLAs given voluntarily or the MLAs should appear in front of you and withdraw their resignation and apologise publicly to the people of the state,” he said in the letter.

A political crisis had unfolded in the Rajasthan Congress over the high command’s decision to hold a legislature party meeting, which was seen as an exercise to change the chief minister prior to the party presidential election for which Chief Minister Ashok Gehlot was the front runner.

However, the meeting could not take place because MLAs loyal to Gehlot held a parallel meeting and handed over their resignation to the Speaker as they believed Sachin Pilot would be made the chief minister.

Gehlot and Pilot were at loggerheads over the chief minister post when the Congress came to power in December 2018. Pilot was the Pradesh Congress Committee chief at the time.

The party high command made Gehlot the chief minister for the third time and Pilot his deputy.

In July 2020, Pilot along with 18 other MLAs rebelled against Gehlot’s leadership, which cost the second-in-command both his posts. The one-month-long crisis had ended after the party high command’s intervention.