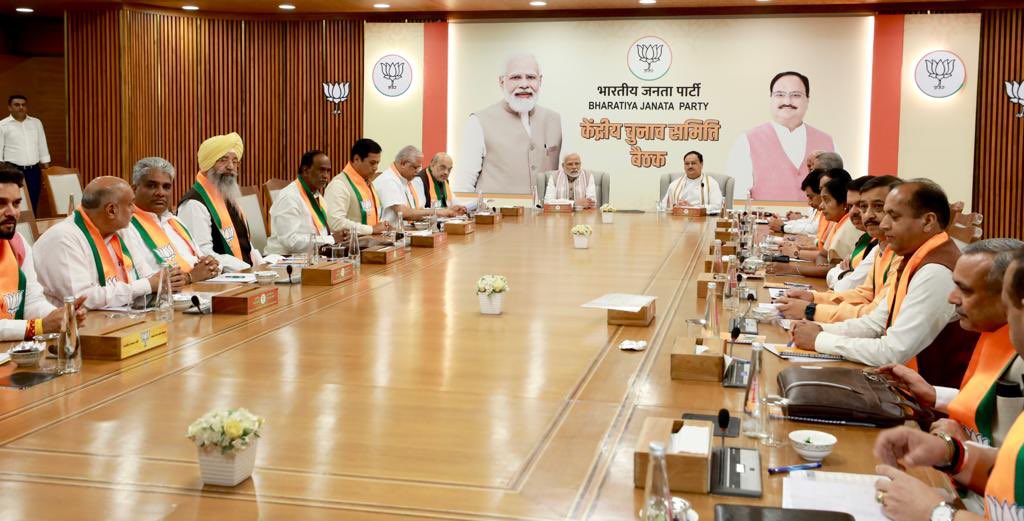 NEW DELHI: The BJP on Wednesday released its first list of 62 candidates for the polls to the 68-member Himachal Pradesh assembly, fielding Chief Minister Jai Ram Thakur from his current constituency Seraj.

The party dropped 11 sitting MLAs, including a cabinet minister, and changed the seats of two ministers — Suresh Bharadwaj and Rakesh Pathania.

Bharadwaj, a senior BJP leader in the state and a sitting MLA from Shimla Urban constituency, has been fielded from Kasumpti, while Nurpur MLA Pathania has been given a ticket from the neighbouring Fatehpur.

Minister Mahendra Singh, MLA from Dharampur, has been replaced by his son Rajat Thakur.

The BJP has fielded Chetan Bragta from Jubbal-Kotkhai, who contested as an independent in the by-election after the party had denied him a ticket.

The name of former chief minister and veteran party leader Prem Kumar Dhumal did not figure in the list. Party sources said the 78-year-old leader, whose son Anurag Thakur is a Union minister, had conveyed to the party leadership his unwillingness to contest.

The BJP has in some earlier polls refrained from fielding those above 75 years of age.

Eight candidates belonging to Scheduled Tribes figure in the list, while only three seats are reserved under the ‘ST category’.

Around two-third of the recommended candidates are graduates and post graduates.

The list also features five women candidates, while opposition Congress has named three women among the 46 candidates it has announced so far.

The BJP’s list was finalised during Monday’s meeting of the party’s Central Election Committee, whose members include Prime Minister Narendra Modi among other senior leaders.

Assembly polls in the state are scheduled for November 12 and the last date for filing nominations is October 25.