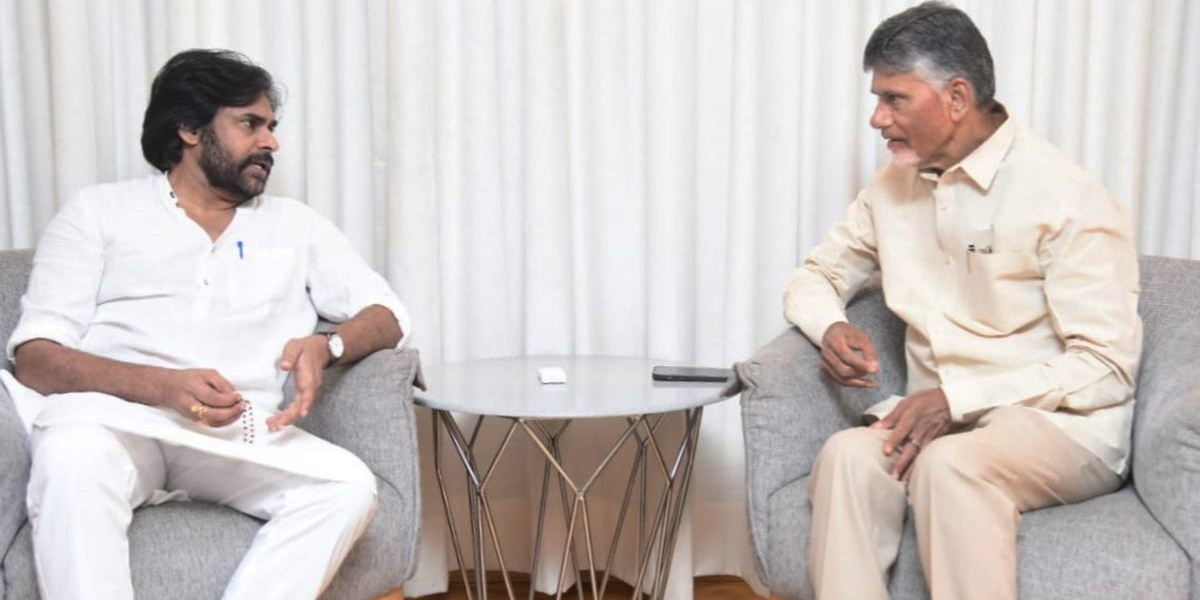 The meeting of the former allies after more than four years happened in the backdrop of police excesses against Kalyan in Visakhapatnam a couple of days ago.

Naidu, who spoke to Kalyan over phone two days ago after the latter was forced by the Visakhapatnam police to stay confined to his hotel room and cancel all his public engagements, once again extended his solidarity.

Naidu and Kalyan hit out at Chief Minister Y S Jagan Mohan Reddy and called for united political action to save democracy in Andhra Pradesh.

The TDP chief strongly condemned the police’s high-handed behaviour against the film star-politician.

“I am now seeing the worst kind of politics that I have not seen in over 40 years of my career. Democracy has become a complete mockery under Jagan. All liberties are being stifled and trampled,” Naidu alleged.

He said the time has come for all political parties, people’s organisations, students unions to join hands the fight the draconian rule of the YSR Congress.

Echoing this, Kalyan too said democracy has to be revived in AP by first protecting the political parties (read opposition).

“We are going to change our strategies…,” the Jana Sena chief said.

The ruling party, clearly finding itself on the defensive, tried to counter-attack saying the alliance between TDP and Jana Sena has now become open with the meeting between Naidu and Kalyan.

At least half a dozen ministers and a couple of ex-ministers of the Jagan Mohan Reddy Cabinet criticised the two opposition leaders.