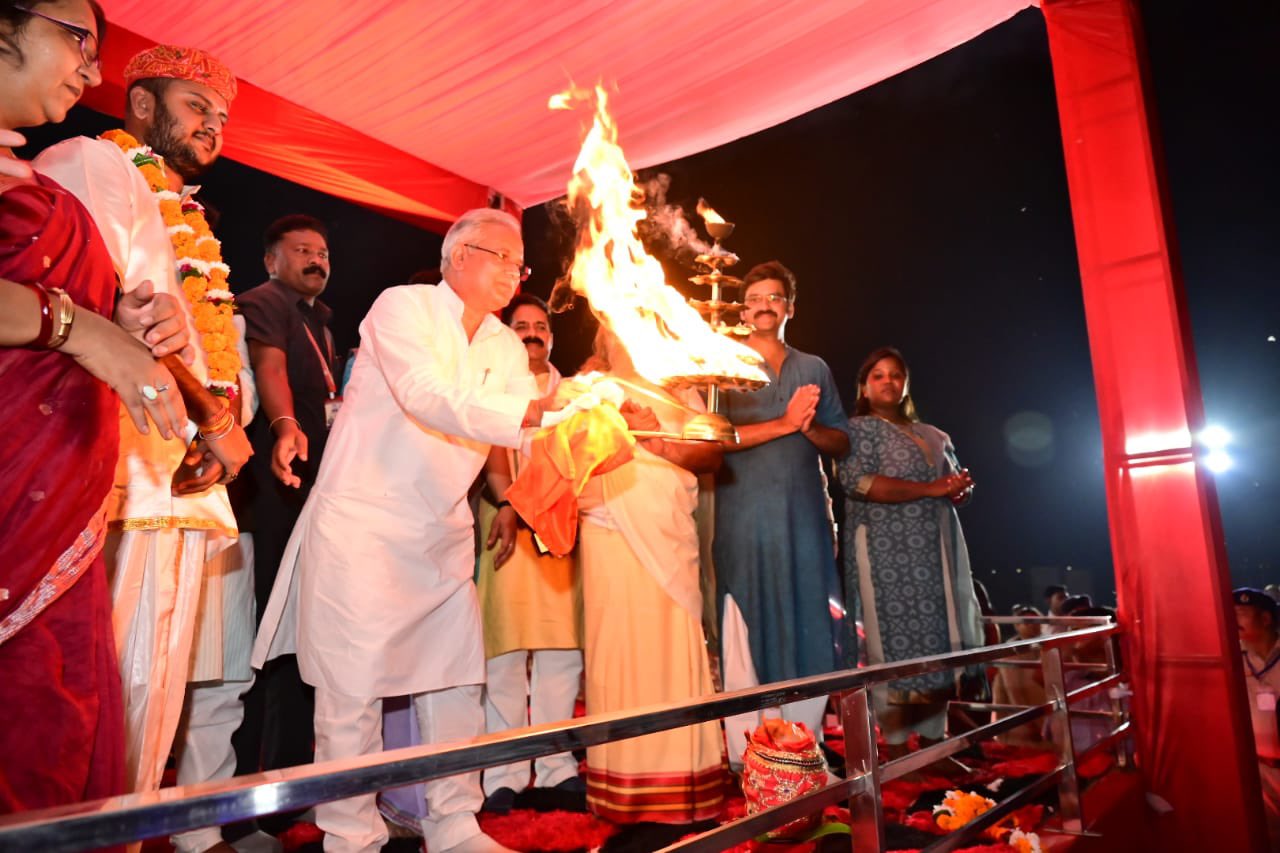 RAIPUR: Chhattisgarh Chief Minister Bhupesh Baghel performed aarti and prayed for the happiness and prosperity of the state at Mahanadi, Shivrinarayan. CM Baghel announced to name the Ghat of Mahanadi River in Shivrinarayan after Lord Ram, Lakshmana, Bharat, Shatrughan, Luv-Kush and Sita on the occasion.

After that, he interacted with the media persons on Thursday. He said, “Two assembly (Chandrapur and Pamgarh) meet was completed and performed Ganga aarti in Shivrinarayan on Wednesday. Besides, unveiled a 30-feet long idol of Lord Ram installed on the bank of Mahanadi. I have made various announcements and have received information as well”.

Baghel also retaliated on the remarks of leader of opposition Narayan Chandel. Chandel had said that Congress were going in the shelter of Lord Ram and were building the ghats again.

CM said, “They had got a chance for 15 years in Chhattisgarh. These people only took votes in the name of Ram. There is Ram’s maternal grandmother house, mother Kaushalya’s maternal home, the only temple in the whole world, but Raman ji did not even look once in 15 years. It is a village of Jharkhand governor Ramesh Bais but they never took care, only desired to get votes whether it is in the name of Ram or in the name of cow”.

“Our government has started the construction of Ram Van Gaman Path Tourism, in which nine places have been identified in the first phase. Our work is going on continuously, so why are they suffering? They had a chance for 15 years, while in our own four years, two years have passed in COVID-19, yet we are working continuously.”CM Baghel said.

“They can ask for votes in the name of the cow, but cannot serve the cow. We will go on improving that where there is a need for improvement,” he added.