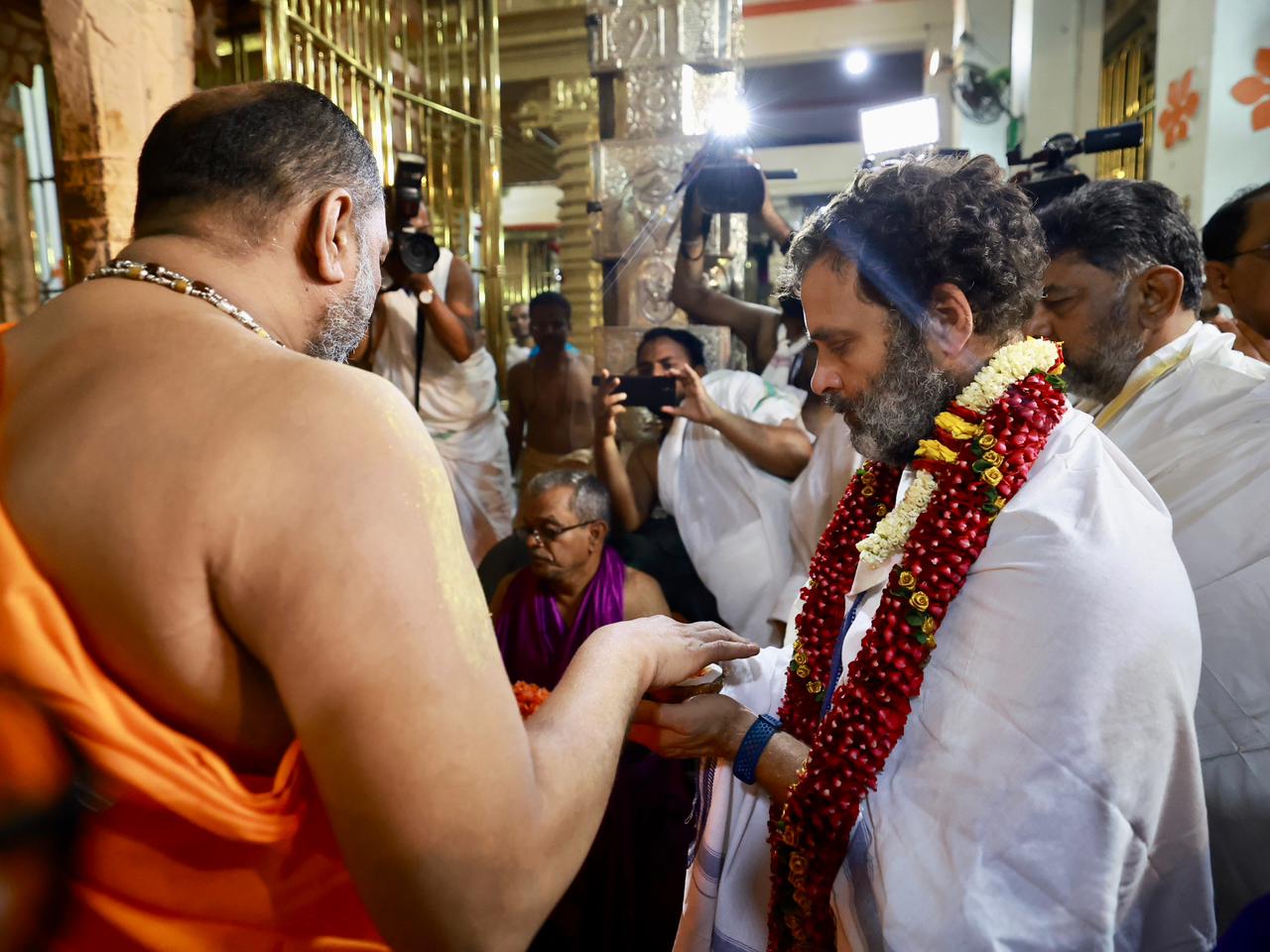 On the 43rd day of his ongoing Bharat Jodo Yatra, the Wayanad MP reached Mantralayam in Andhra Pradesh at the end of his day’s schedule and went to the temple.

He will halt for the night here and cross into neighbouring Karnataka again on Friday morning.