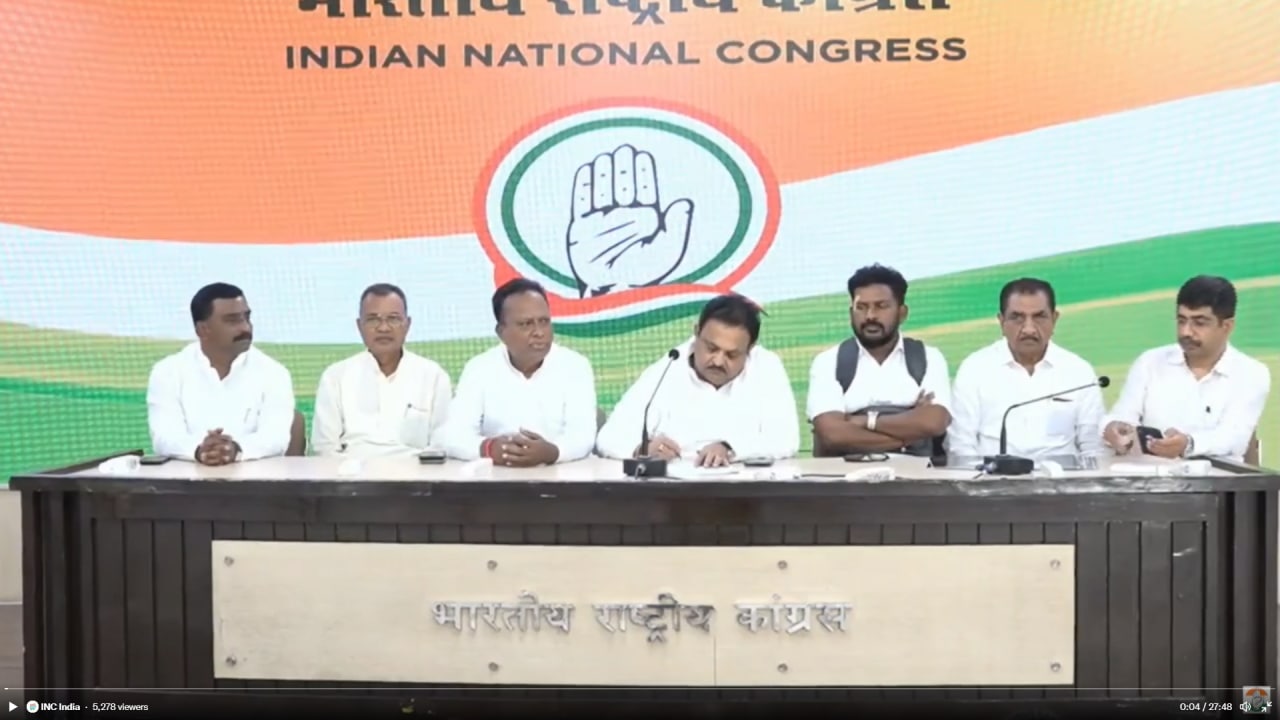 NEW DELHI: The Congress on Friday took a swipe at Prime Minister Narendra Modi for his long visits to poll-bound Gujarat saying it indicates all is not well for the BJP in his home state and he should open up a camp office there.

Congress’ In-charge for Gujarat affairs Raghu Sharma on Friday claimed that there is a lot of anger against the BJP in the state, and called the ruling party “anti-tribal.” He said the party’s stance towards tribals was evident from the recent attacks on Congress MLA and tribal leader Anant Patel, which he alleged was done at the behest of Gujarat BJP chief C R Patil.

Sharma also accused new entrants, Aam Aadmi Party and AIMIM, as “B-teams” of the BJP, as they were aiding the saffron party in elections across the country, including in Gujarat.

He took a dig at Union Home minister Amit Shah saying he is always seen in Gujarat these days, which is indicative of the rising unrest among local people in the state, which will be reflected in the upcoming assembly elections.

“Going by the frequent long visits of the prime minister and the home minister to Gujarat, it is evident that all is not well with the BJP in their home state. To me, the prime minister should open up his camp office in Gujarat, as he is spending many days there and is not focussing on governance in the country,” he told reporters.

There is a misconception that the Congress is nowhere in Gujarat, but such people are highly mistaken as the Congress will storm to power in the elections and will win 125 seats in upcoming polls and form its own government, he claimed.

“There is a lot of anger among the people, especially tribals, against the ruling BJP in the state. The Congress is very much in the reckoning to form its next government in Gujarat.

“The AAP and AIMIM are also functioning as ‘B-teams’ of the BJP as they do not have any cadre in Gujarat and all people working for them are paid,” he alleged.

Sharma also hoped that the Congress will release its first list of candidates for assembly polls by the end of the month.

Gujarat goes to polls very soon and the Election Commission is likely to announce the dates in the next few days.