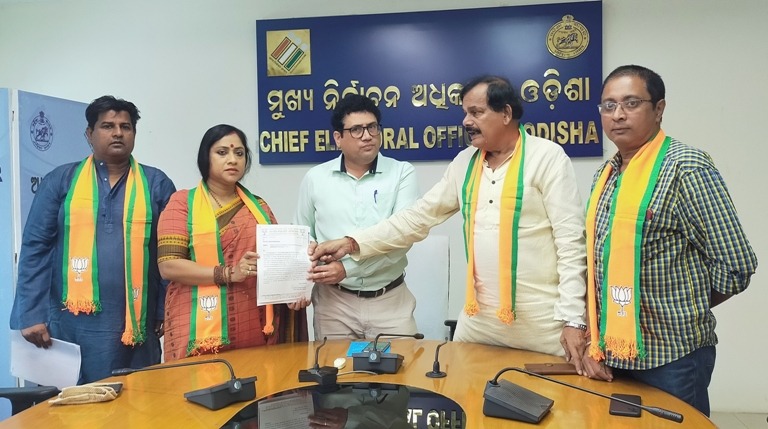 BHUBANESWAR: The opposition BJP has accused the BJD of distributing cash among voters through members of self-help groups (SHGs) in by-election-bound Dhamnagar assembly segment, a charge denied by the ruling party.

A purported video of a woman distributing cash among other women in Dhamnagar surfaced on social media, following which a BJP delegation, led by its general secretary Lekhashree Samantasinghar, met Odisha’s Chief Electoral Officer (CEO) SK Lohani and sought action in the matter.

The delegation on Sunday also submitted at the CEO office the viral video, where the woman, covering her face with scarf, was seen distributing cash to people for attending a rally.

The BJP alleged that the people seen accepting the money in the video clip were the same ones who had attended a BJD rally in Dhamnagar two days ago, and that the woman was a member of a self-help group.

PTI did not verify the authenticity of the video.

”There has been a clear violation of the Model Code of Conduct in Dhamnagar by-poll. The BJD has employed SHG members for distributing money to voters,” Samantasinghar told reporters.

She said that her party would hold agitations before the CEO’s office in Bhubaneswar and the Bhadrak district collector’s office, if the accused woman was not arrested.

The ruling BJD, however, stated that the opposition BJP was levelling false allegations against the party with a motive to give the government a bad name.

”The BJP’s cash-for-vote allegation is a political stunt aimed at diverting the attention of electorate from its failure to do anything,” said BJD MLA and government chief whip Prasant Muduli.

Election to the assembly seat is scheduled to be held on November 3.

The BJP has nominated from the seat Suryabanshi Suraj Sthitaprajna (28), son of late MLA Bishu Charan Sethi, whose death necessitated the by-election, while the BJD fielded senior member Abanti Das.