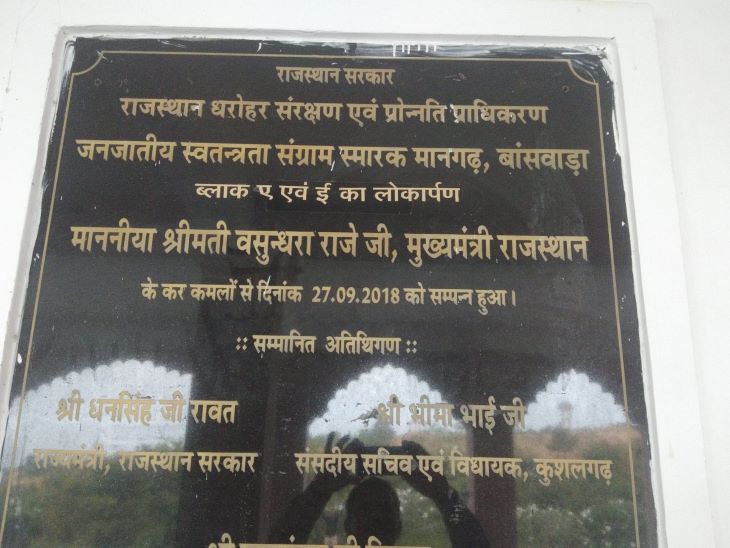 NEW DELHI: Prime Minister Narendra Modi’s visit to Mangarh Dham in Rajasthan’s Banswara district next week will help the BJP in assembly elections in neighbouring Gujarat as well as in this state next year, particularly in wooing the tribal community, party leaders said.

The Mangarh Dham, a memorial for around 1,500 tribals massacred by the British army in 1913, is located in the the district on the Gujarat-Rajasthan border, a region with a large tribal population. Elections in Gujarat, dates for which are yet to be announced, are scheduled to be held in two months.

The Congress government in Rajathan has been demanding that the dham be declared a monument of national importance, with Chief Minister Ashok Ghelot in a recent meeting, saying he has written twice to Prime Minister Modi about the status to the memorial. This would be a ”true” tribute to Govind Guru, Gehlot had said.

The gathering of tribals and forest dwellers in 1913 in Mangarh against the British Raj was being led by social reformer Govind Guru.

BJP Rajasthan president Satish Poonia said that people from the tribal community in the state will participate in the programme in large numbers and claimed Modi is likely to make ”some announcements”.

Not only Gujarat, the programme on November 1 could even bolster the party’s popularity among the community in Madhya Pradesh which like the desert state will go to polls next year and has a large tribal population, BJP leaders said.

The prime minister’s visit to the tribal region will give a boost to the party, a BJP leader said, while one of his party colleagues claimed it will have an impact on assembly constituencies in northern parts of Gujarat where polls are going to be held.

”The assembly elections in Rajasthan are due later next year and the prime minister’s visit will certainly give a boost to the party in the tribal region,” the leader asserted.

The programme is being held to give respect to the unsung heroes, Union Minister of State for Culture and senior BJP leader from Rajasthan Arjun Ram Meghwal told PTI on Monday.

”The prime minister is scheduled to visit the historic place, Mangarh Dham, and the programme is being organised by the Union culture ministry on November 1,” he said and added that ”1,500 tribals had sacrificed their lives in 1913 and this is the time to honour and respect them, and the prime minister is visiting the dham for the same”.

In the next year assembly polls, Opposition BJP in Rajasthan will try to wrest the Bagidora assembly constituency from the Congress and the saffron party believes the event could improve its electoral prospects in the seat.

Asked if the prime minister on November 1 will make any announcements, Meghwal, who is looking after the event’s arrangements, said it was not his subject to answer.

BJP Rajasthan president Poonia also said that people from the tribal community in the state will participate in the programme in large numbers.

”What Narendra Modi had envisioned as Gujarat chief minister for the development of Mangarh Dham, he will now turn it into a reality as the prime minister,” he had said during his visit to Udaipur on Friday.

For the event, the BJP is planning to mobilise people from not only Rajasthan but also from poll-bound Gujarat, sources in the party said.

The main focus is on Rajasthan and Gujarat. Tribals from Madhya Pradesh, residing near the Rajasthan border, are also likely to attend the prime minister’s programme, they said.

BJP Banswara District president Govind Singh Rao said that party workers from the entire Udaipur division and nearby districts in Rajasthan such as Pali and Sirohi will take part in the event.

Besides them, people from Gujarat and Madhya Pradesh will also come, he said.

He said that six districts, two each of Rajasthan, Gujarat and Madhya Pradesh, are located in a radius of about 100 km of Mangarh Dham and maximum participation of tribal people will be from there.

On Saturday, Chief Minister Gehlot had held a meeting on the development works at Mangarh Dham being carried out by the state government and said it is making continuous efforts to get it declared a monument of national importance. Officials were also directed to complete various development works at the dham in a time-bound manner.

Gehlot had also issued instructions to complete the necessary preparations for the proposed visit of Modi on November 1.

In Rajasthan, eight districts — Banswara, Dungarpur, Chittorgarh, Udaipur, Rajsamand, Sirohi, Pratapgarh and Pali — fall under the scheduled area which has a total of 37 assembly constituencies.

Of these, 21 are held by the BJP while Congress holds 11 seats, independents three and Bhartiya Tribal Party (BTP) has two seats.

Rajasthan has a total of 200 assembly seats and 71 are held by BJP. BTP’s influence in the tribal belt of Rajasthan is a cause of concern for both the BJP and the Congress and therefore, the principal parties of the state are trying to keep the tribal vote bank with them.