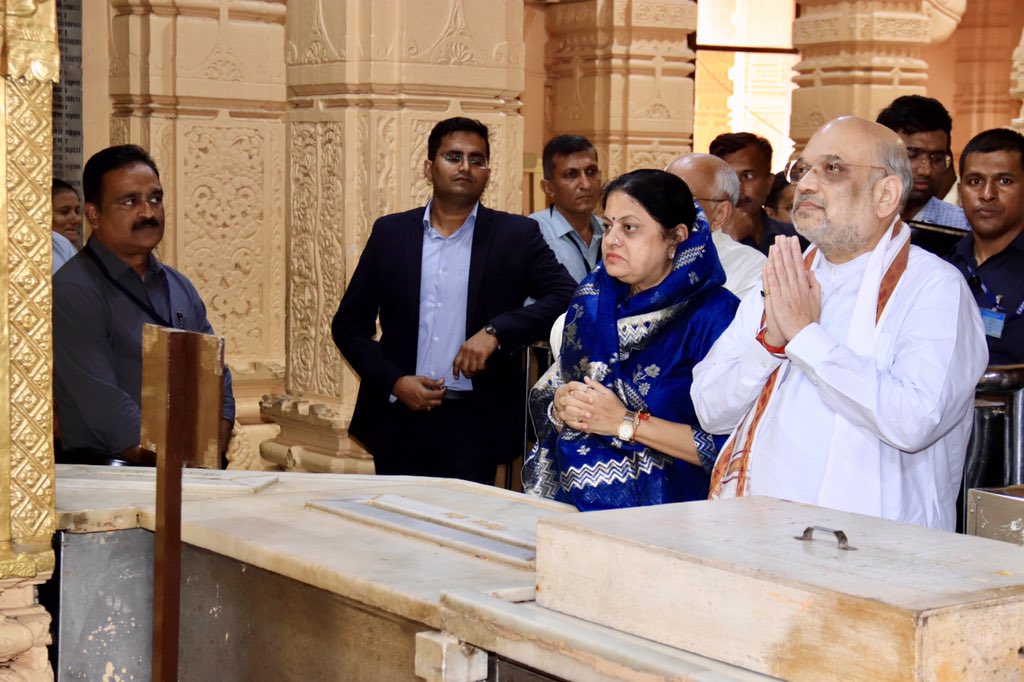 GIR SOMNATH: Union Home Minister and senior BJP leader Amit Shah on Tuesday met party leaders from the Saurashtra region of Gujarat to formulate strategy for the coming Assembly elections in the state.

The meeting centred on the Bharatiya Janata Party’s efforts to avoid its poor performance of 2017 in the region which accounts for 48 out of 182 seats in the Assembly, they said. Chief Minister Bhupendra Patel and Gujarat BJP president C R Paatil were also present at the meeting. Present and past elected representatives as well as office- bearers and senior leaders from the region attended the meeting which was held at a marketing yard building in Veraval town.

The BJP is aiming to win 150 seats in the elections, surpassing the record of 149 seats won by the Congress in 1985.

Shah has been conducting marathon meetings with party leaders at the zone level and this was the fourth such meeting in as many days.

He participated in meetings of south, central and north zones of the state at Valsad, Vadodara and Palanpur earlier. The BJP’s poor show in Saurashtra in 2017 played a role in its tally coming down to 99 seats. Out of 48 seats in the region, the ruling party could win 20, much less than 33 seats it had won in 2012.