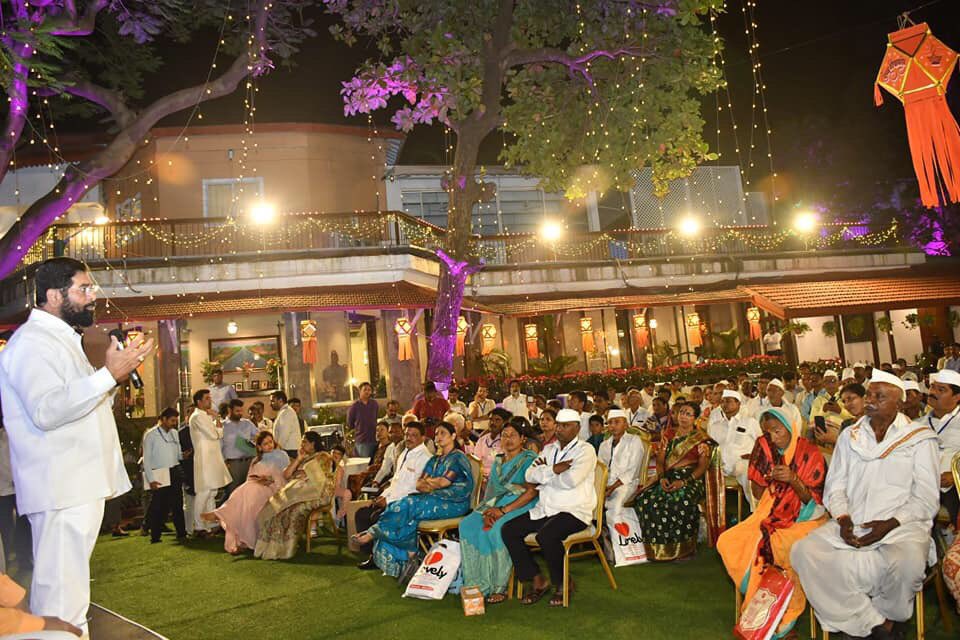 NAGPUR: Maharashtra Chief Minister Eknath Shinde on Tuesday said he has given directions to expedite the process of assessment of crop losses due to excessive rains in parts of the state and assured that the affected farmers will be provided compensation.

Speaking to reporters at the Nagpur airport ahead of his visit to Gadchiroli district in the Vidarbha region, Shinde said his government has taken “72 big decisions” in the interest of the people in last three months and he will respond to the opposition’s criticism by showing the work done by his government.

He also said that the cabinet expansion will take place at an appropriate time.

Asked about the status of payment of compensation to farmers affected due to excessive rains recently in parts of the state, Shinde said he has given directions to conduct the ‘panchanama’ (spot assessment) of the losses on a war-footing.

“The affected farmers will get compensation, they will not be left out. The government stands firm with the farmers,” he said.

Shinde also said that the Samruddhi Expressway stretch from Nagpur to Shirdi is expected to be opened for the public next month.

On Congress leader Nana Patole’s criticism of the ruling Shinde-BJP dispensation, the CM said his government was formed with a thumping majority.

Shinde became the chief minister on June 30 this year with the BJP’s support after a rebellion led by him led to the collapse of the Uddhav Thackeray-led Maha Vikas Aghadi government.

The CM said in the last three months, his government has taken “72 big decisions in the interest of the people”.

He said in the recently held gram panchayat elections, the BJP got 397 seats and the Balasahebanchi Shiv Sena (led by Shinde) got 243 sarpanchs elected.

“This huge win has scared them. Let the opposition party criticise us, we will reply to them with our work,” Shinde said.

In this article:Eknath Shinde, Farmers, Maharashtra