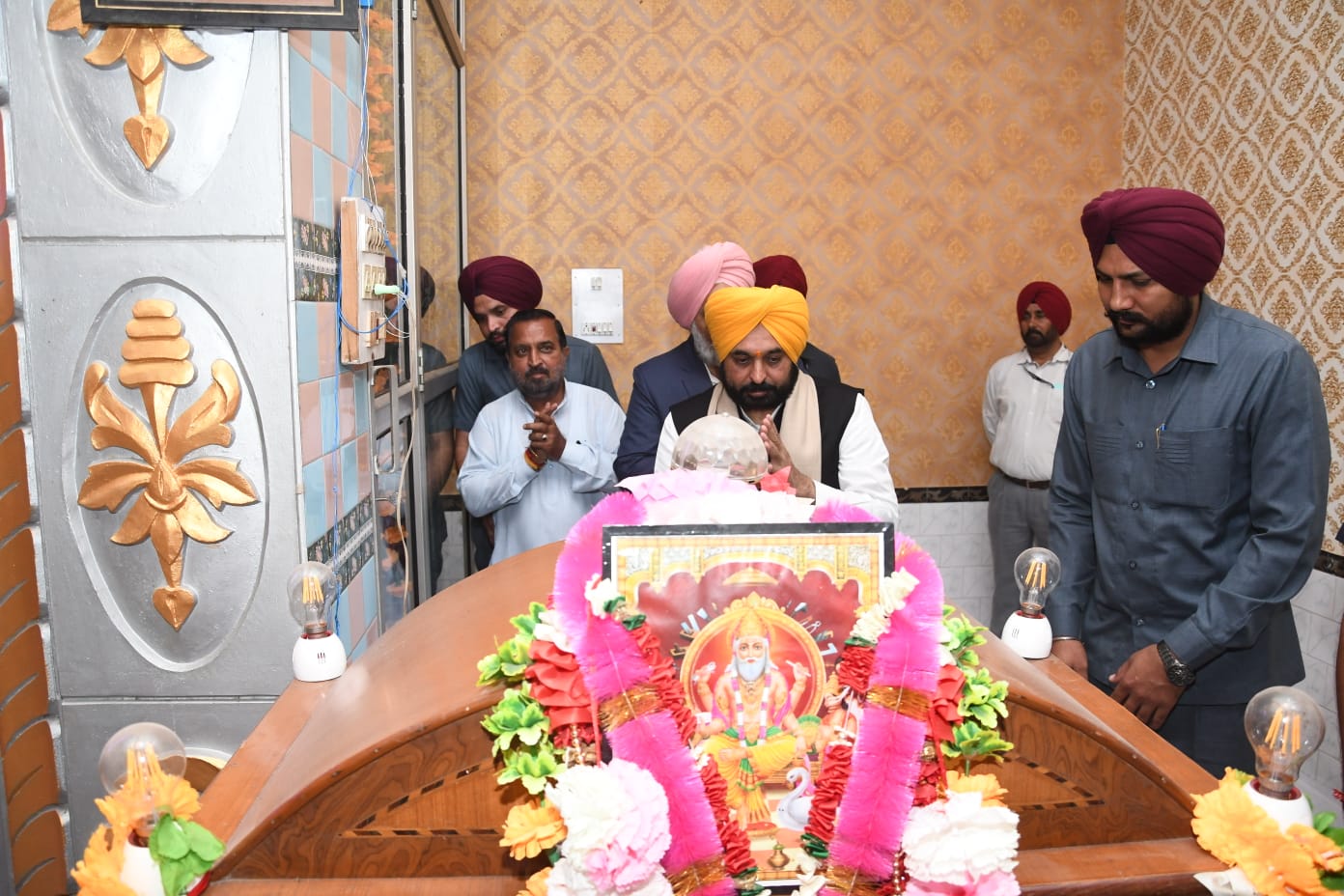 LUDHIANA: Punjab Chief Minister Bhagwant Mann on Tuesday claimed that previous government “mercilessly plundered” the state’s resources and his regime is trying to undo the damage.

“The Aam Aadmi Party government will overhaul the entire system in the state to ensure its progress and prosperity of people,” said Mann addressing a gathering at a state-level function to mark Vishwakarma Day here.

Earlier, governments had “mercilessly plundered” the wealth of the state, causing it an irreparable damage, he said. Now, with the blessings of Lord Vishwakarma, he is trying to repair the damage done to the state by ensuring its complete revamp, claimed Mann.

Exhorting workers and craftsmen to make concerted efforts for strengthening the infrastructure of the state and the nation, the CM said it will be a real and befitting tribute to Lord Vishwakarma.

The CM said his government strives to make the youth of Punjab job providers instead of job seekers, stressing that Punjabis are blessed with qualities of entrepreneurship and leadership that helped them carved a niche for themselves across the globe.

The CM also lamented that divisive forces are trying to create a wedge between people on the lines of caste, religion and language in the country.

This is not in the interest of the nation, for which communal harmony, brotherhood and fraternity must be strengthened, said Mann.

He also bemoaned an irreparable damage being caused to federal structure of the country by those at helms of affairs at the Centre by “usurping” the rights of the states.

This is against the basic spirit of democracy and cannot be tolerated at any cost, said Mann.

Citing an example of the Mughal Gardens in the Rashtrapati Bhawan, which has a variety of flowers, Mann said democracy with diverse ideas is always a successful one.

In the same manner, Mann said opposition and treasury benches in democracy are important and views of everyone should be taken into consideration.

“As Lord Vishwakarma created the entire universe by joining brick by brick so now the time has come when we must build our nation by strengthening the basic social fabric of the country,” he said.

Seeking to strike an emotional chord with the city of Ludhiana, the CM described it as his “karma bhoomi” whereas Satauj village in Sangrur his “janma Bhoomi”.

He said he has been fortunate enough to have got the opportunity to serve Punjab and its people.

He said the promotion of skill training across the state is the need of the hour. He urged industrialists to make a solemn pledge of making whole-hearted efforts for promoting skill training as it will be a real tribute to Lord Vishwakarma.

While allaying fears of a global recession, he said wherever Punjabis are working, this economic slowdown will never come.

He said Punjabis are hardworking and are blessed with tremendous unbounded energy and enormous capabilities to excel in every field. With these traits, Punjabis work very hard and ensure that no slowdown comes in any field, he added.