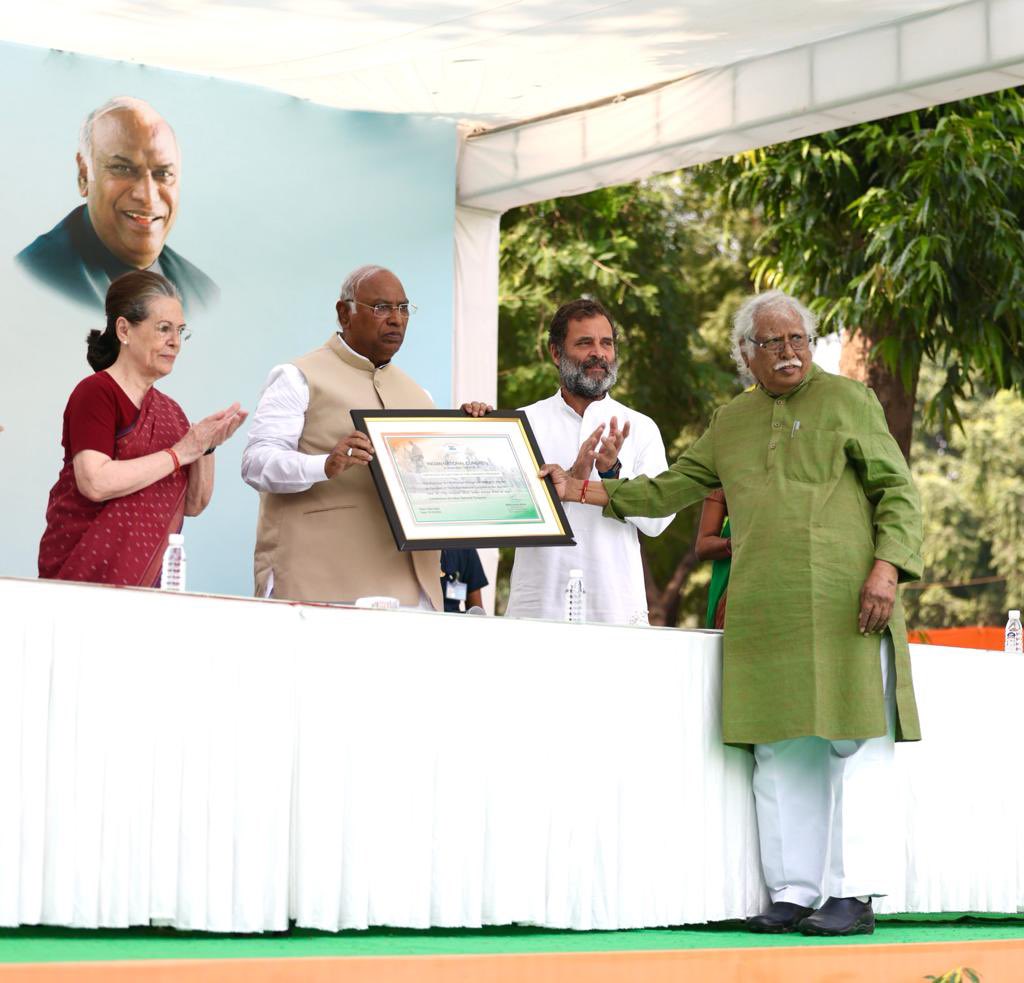 NEW DELHI: Veteran leader Mallikarjun Kharge formally took over as Congress president on Wednesday after he was handed over the certificate of election to the top post at a function at the AICC headquarters here.

It is a great honour and privilege to be elected as Congress President.
I pledge to work harder than ever, listen to the voice of every karyakarta & build leadership at all levels of the party.
Together, we will overcome & win this battle to save India's democracy & constitution. pic.twitter.com/z3P4uyP4Qk

Kharge, the first non-Gandhi to head the party in 24 years, had defeated Thiruvananthapuram MP Shashi Tharoor in a direct contest for the president’s post in the grand old party after the Gandhis opted out of the race.

Sonia ji has been our guiding light. She anchored the Congress party through difficult times, through highs and lows, personifying the values of courage, sacrifice, grace and respect.

She will always remain our source of strength as the party gears up for the future challenges. pic.twitter.com/c2tAbeZn8L

Kharge was handed over the certificate of election as the Congress president by the party’s central election authority chairman Madhusudan Mistry.

Mistry said he hopes other parties will draw a lesson from the Congress and hold polls for party presidency by secret ballot.

. @RahulGandhi exemplifies what @INCIndia stands for – An India where every Indian is equal.

His clarion call – #DaroMat is an inspiration to each and every Congress person. We stand strongly with him in his quest to defeat fascist forces and rebuild an inclusive India. pic.twitter.com/XL8fGfWblU

Ahead of his taking over, Kharge visited Rajghat and paid homage to Mahatma Gandhi. He also visited the memorials of former prime ministers Jawaharlal Nehru, Lal Bahadur Shastri, Indira Gandhi and former deputy prime minister Jagjivan Ram, and paid tributes to the leaders.