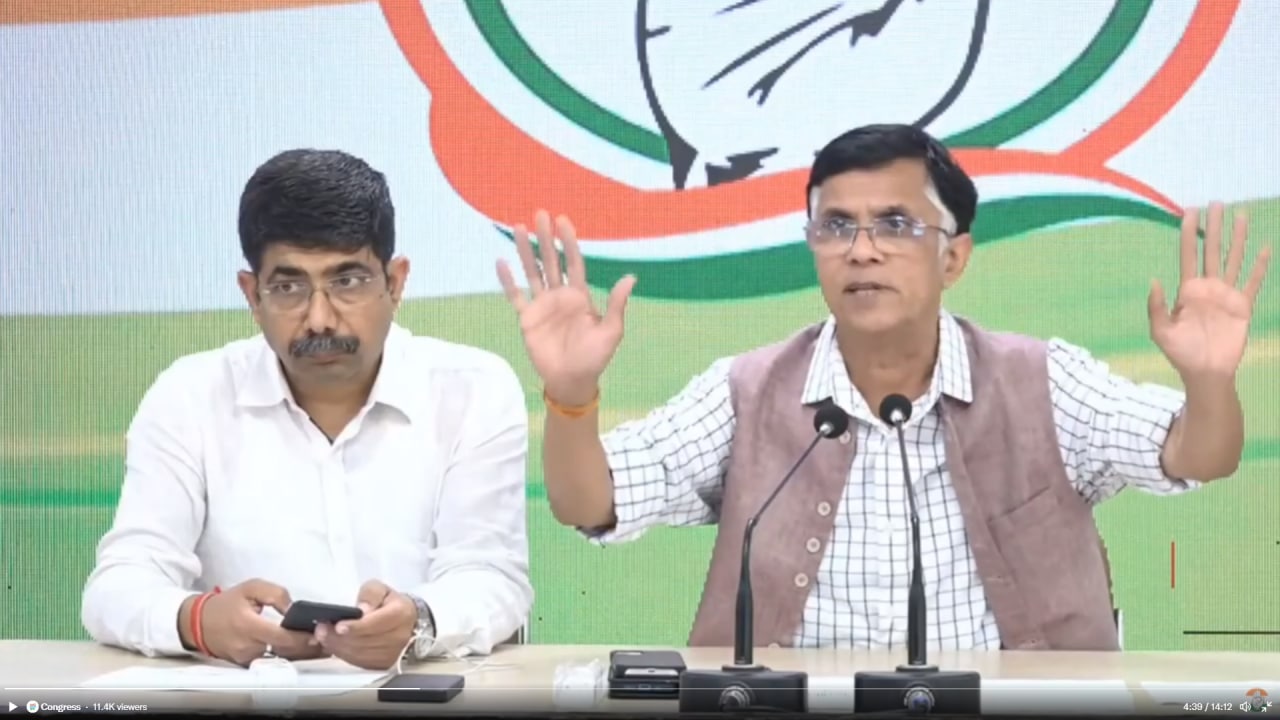 NEW DELHI: The Congress on Thursday attacked the BJP over the alleged exodus of Kashmiri Pandits from south Kashmir’s Shopian district and demanded that the Modi government release a white paper on the plight of the minority community during its eight-year rule.

The opposition party also hit out at the BJP-led Centre over the targeted killings of Kashmiri Pandits in Jammu and Kashmir and said the government must apologise for it.

As terrorists carried out a number of targeted killings recently, 10 Kashmiri Pandit families left their village, Choudharygund, in Shopian out of fear and reached Jammu, according to residents.

Members of the minority community, who have since been camping in Jammu, ruled out any plan to return to the Valley.

However, authorities in Shopian have attempted to put on a brave face by claiming no exodus of Kashmiri Pandits has taken place from the district.

Addressing a press conference at the AICC headquarters here, Congress’ media department head Pawan Khera said that when the first migration of Kashmiri Pandits took place in 1989, V P Singh’s government was in office with the BJP’s support.

The BJP only talks of zero tolerance but what it actually means was shown by Rajiv Gandhi, he claimed.

Slamming the Centre, Khera said 70 ministers of the government are carrying out an outreach programme in Kashmir and asked if any of them visited a camp of Kashmiri Pandits.

“What is this outreach when you cannot reach out to the Kashmiri Pandits living in the camps there,” he asked.

Citing an order, the Congress leader also alleged that Kashmiri Pandit employees are being “threatened” to return to work against their wishes.

There have been 30 targeted killings of Kashmiri Pandits from January to October this year, he claimed.

“We demand a white paper from the Modi government on the plight of Kashmiri Pandits. In the last eight years, all that has been done and not been done by this government should come out in that white paper,” Khera said.

“You (the government) will have to answer for the 80 killings. How is this normal, answer this,” he added.

Asked about Union Minister Kiren Rijiju’s article titled ’75th Anniversary of Five Nehruvian Blunders on Kashmir’, Khera said those leaders of the BJP who are students of “WhatsApp nursery” need to revisit their history classes.

“If all that they are saying is true, how is it that during the Manmohan Singh era targeted killings stopped and 75 per cent of the people would participate in the democratic process of elections in the state? We would be happy to get the answer to that,” he said.

The BJP leaders have no idea of contemporary history of the country, he said.

Kashmiri Pandit Puran Krishan Bhat was gunned down by terrorists outside his ancestral house in Shopian’s Choudharygund village on October 15.

On October 18, Monish Kumar and Ram Sagar were killed in a grenade attack by terrorists while they were asleep in their rented accommodation in Shopian.