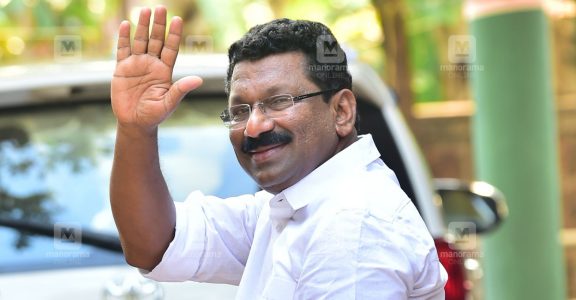 Pacheni was battling for his life for the past one week after he had suffered a cerebral hemorrhage on October 16.

Though he unsuccessfully contested elections five times to the state Assembly and once to the Lok Sabha, the aggressive fight he had showcased against CPI(M) stalwart and former Chief Minister V S Achuthanandan in Malampuzha in 2001 made him popular in mainstream politics.

He managed to shrink the winning margin of Achuthanandan in the Left bastion to just 4703 votes during the election.

The Congress leader again tried his luck against the Left leader in 2006 Assembly polls but could not succeed.

Beginning his political career as a volunteer of the Kerala Students’ Union (KSU), the student outfit of the Congress, Satheesan Pacheni later became its general secretary and the state president.

He also served as the president of the District Congress Committee (DCC) in Kannur from 2016 to 2021.